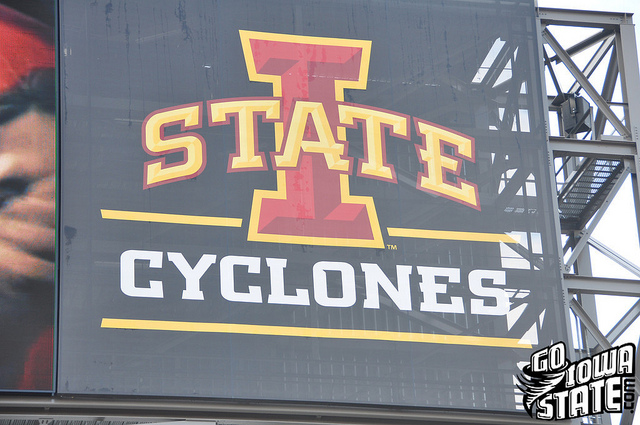 Get some coffee brewing. A busy Tuesday is on the horizon here at CycloneFantaic.com.

Football interviews that normally go down on Monday, will take place today. In addition to that, it’s Iowa State women’s basketball media day.

Before those events go down, here’s a quick Cyclone Roundup for you. It consists of the stuff that you need to know.

NEGUS WEBSTER-CHAN: According to his Twitter page, Negus Webster-Chan, a small forward out of Huntington, W. V. will announce his college decision on Friday of this week. By all indications, the decision will come down to Iowa State and Missouri.

I’m not 100 percent sold that Iowa State is ultimatley going to be a factor come Friday though.

I think that at the end of the day, Iowa State could realize that it needs more depth and help at the point guard position with that dangling 2012 scholarship. At this time, I’m not sure who that is. But again, I have questions about the Webster-Chan recruitment that should be answered by the end of this week.

In one additional basketball recruiting note, Wisconsin’s Scout site wrote an article about 2013 Onalaska prospect Matt Thomas yesterday. It’s a subscription story but does contain some good information. CLICK HERE to check it out.

I spoke to Thomas on the phone last week. I didn’t get enough new information to write a story about, but it seemed to me like Iowa State and Minnesota are his current favorites.

BIG DAY FOR BIG 12: Put up or shut up. That’s what many members of the Big 12 are likely thinking in regards to Missouri today. Missouri’s board of curators will meet later today about conference affiliation. Stay in the Big 12 or hop on over to the SEC?

CLICK HERE for an in-depth preview of the day’s events from the Kansas City Star.

I just look forward to the Tigers actually making a decision. That’s when the fun can and will begin. For as long as realignment has been a hot topic, the Big 12 has been bullied, picked apart and mocked. After the Missouri decision, the Big 12 will be in the driver’s seat for once. And don’t give me that "Big East is united" BS. Money talks. A school like TCU would be stupid to not join the Big 12, should it have the opportunity to. More money. Less traveling. Duh.

INJURY UPDATES: According to THIS PIECE written by Andrew Logue of the Des Moines Register, offensive tackle Brayden Burris appears to be the only Cyclone who will miss Saturday’s game at Baylor. I’m sure that we’ll get more information about all of this later today. Follow my Twitter feed for up to the minute updates during today’s press conferences.

— The Kansas City Star with an in-depth look at Big 12 revenue sharing.

— Chuck Neinas is a busy man. The Big 12’s interim commish met with media members yesterday during a teleconference. CLICK HERE for a recap from ESPN.com’s David Ubben.

— Here’s more on Iowa State’s next opponent, Baylor, from Ubben.

Webster-Chan to visit this weekend

Cyclones still in the running for Negus Webster-Chan