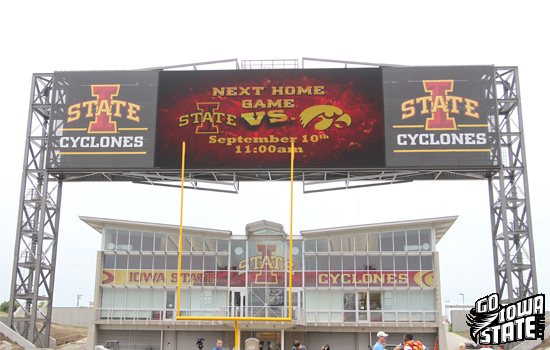 1 -Take care of the football – It’s simple. Iowa State cannot afford to have multiple turnovers, especially against a team like Iowa who will capitalize off of them. Steele Jantz threw four interceptions last week (if you include the 2-point conversion). If he does that on Saturday, Iowa State will have no chance of winning.

2 – Establish the Run – I was encouraged after watching a little bit of the Iowa vs Tennessee Tech game that Tech was able to run the football out of the spread. Tennessee Tech’s offensive run game is very similar to what we do up front. This will only help because we have better athletes at quarterback and running back compared to Tennessee Tech. Iowa State’s line has got to be more aggressive this week in the interior. I’m not worried about Kelechi Osemele and Brayden Burris.  Look for running back James White to get more carries,  after averaging about 6 yards per cary against UNI.

3 – Defensive Stops – The defense has to get off the field in this game, which means being able to prevent Iowa from getting big yardage on first down and second down. If Iowa dictates the tempo of this game and has a more significant amount of time of possession, it will be hard for the Clones to win.  Iowa is thin at running back after losing McCall and Coker did struggle to hold on to the football last weekend.  If Iowa State can force him to turn it over, it puts the game in the Cyclones favor.

4 – Don’t force the big play – Steele has to take what is given to him in the passing game. Iowa is very vanilla in their defense but it works.  Against us, they will play cover 4 to the field and cover 2 to the boundary on almost every play. It is easy for any offense to get complacent and try to take big shots against something that is the same every time.  The only time Iowa will bring pressure is in the redzone.

5 – Wide Receivers – With Darius Darks back in the starting line-up, this will bump Josh Lenz into the slot.  This is an advantage for us. Iowa doesn’t have a nickel package. Their linebackers play all game no matter what formation they see.  Josh Lenz will be lined up against Christian Kirksey or Tyler Nielsen in pass situations and I love either of these match ups.  Josh will have to make big plays in the slot for us to have a chance. 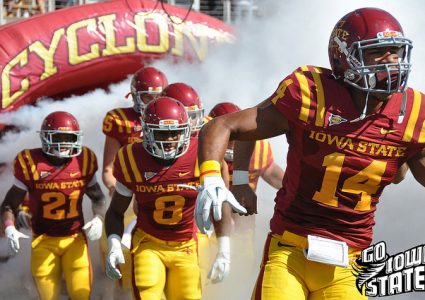 Arnaud’s 5 keys to victory vs. UConn 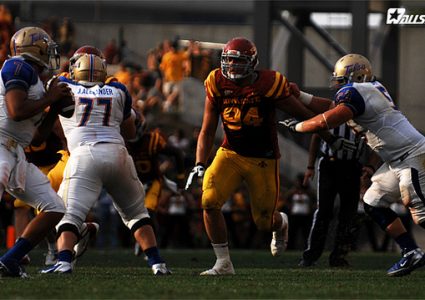