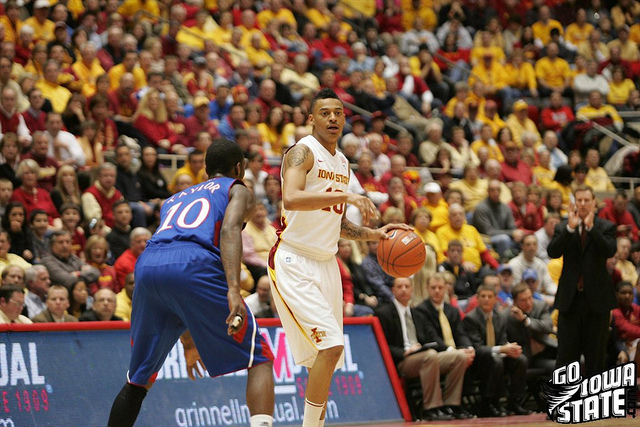 When it comes to Korie Lucious’ recent commitment to Iowa State, Fred Hoiberg’s ties to the NBA were important to the former Michigan State guard. Hoiberg and Iowa State associate head coach T.J. Otzelberger did their jobs on the recruiting trail and get credit for this slam dunk.

Chris Allen and Diante Garrett get the assist.

“They are my friends. They aren’t going to lie to me,” Lucious said. “That’s why I feel it is such a good decision.”

What exactly was this duo’s pitch?

“They told me all about how much fun it is playing there,” Lucious said. “Based off of what Coach Hoiberg has to offer, they agreed that it would be the best fit for me.”

Unfortunately for Lucious, neither of his friends will be on Iowa State’s roster when he becomes eligible during the 2012-13 season. You won’t see Lucious hanging his head over that fact though. The future Cyclone point guard is already piecing together what Iowa State’s lineup could look like two years down the road.

“Royce (White) never really had the chance to show his talent. Next year will be a good opportunity for him to show everybody what he can do,” Lucious said. “With him and Chris Babb as a shooter on the outside, things will really open up for myself and other guys.”

“Melvin (Ejim) is an athlete. We’ve got the big guys. I think that we can hopefully make a run during the tournament.”

Here’s a quick unofficial look at what Iowa State’s roster will look like (that we know of) when Lucious becomes eligible. Note that at this time, there aren’t any players committed to Iowa State’s 2012 recruiting class.