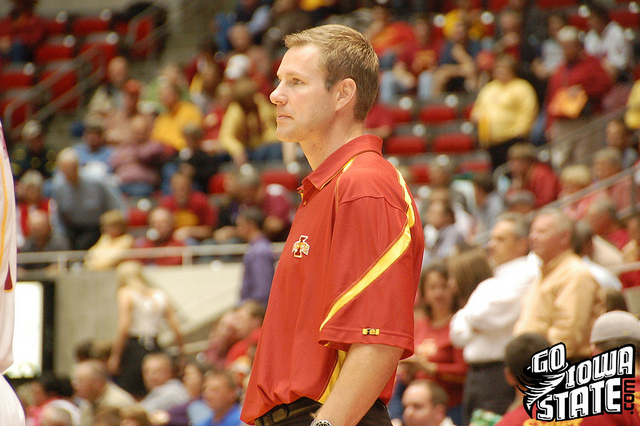 On Wednesday afternoon, Fred Hoiberg met with members of the local media to discuss his 2011 recruiting class and this Friday’s season opener vs. Northern Arizona.

Here are Hoiberg’s comments on Iowa State’s 2011 basketball recruiting class, in which all four members have signed with Iowa State.

“He is a very dynamic scorer. He is a throwback player. He plays every possession extremely hard. He really gets at it on the defensive end. He really shoots it well. He shot 44 percent and made 80 3-pointers last year.”

After playing the two last season, Hoiberg said that McGee will be his JUCO team’s primary point guard in 2010-11, which will help prepare him for Iowa State.

“Tyrus will play the one all year. That is going to be his primary position. It will be a good year for him. He played mostly two last year. Putting the basketball in his hands will be very beneficial for him leading into next year.”

“He’s rated the number one point guard in New York. He’s very explosive. People kind of compare him to Nate Robinson, the way he can get to the rim and rise up on you. His shot is improving. He is as fast as I’ve seen a guard at that age with the ball in his hands. He really fits the style that we want to play, up-tempo, getting the ball up and down the floor.”

“He is a combo guard from Texas. We lose five guards in the next two years. We really wanted to restock the cupboard to get ourselves ready when we lose all of those guys. My theory is that if you are going to win in college basketball, you have to have the guards to do it. Those three guys will be very important to our future. Anthony is a guy who always makes the right play. He is very smart. He’s a 4.0 student. He is an excellent basketball player.”

“He’s really athletic. He gets up and down the floor and again, we are looking for those athletic guys who can really fly on the offensive end. We are getting some players. We are going to have good depth going forward with this freshman class that we have right now.”

Exclusive: Hoiberg on his 2012 recruiting class