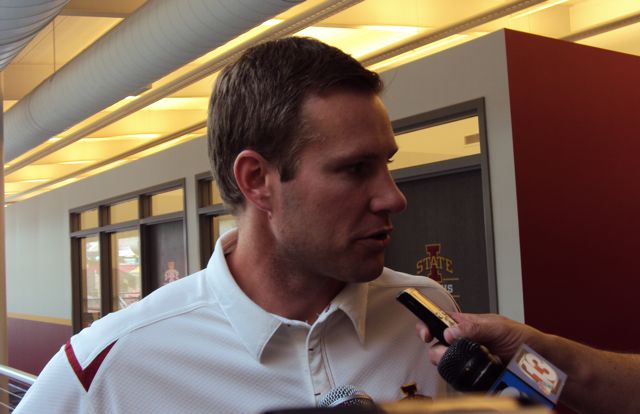 Iowa State just nailed down their point guard of the future.

“I felt that I would be comfortable with him and being a Cyclone,” McGee told CycloneFanatic.com. “He is the man up there at Iowa State. He was a guard himself. He went through the same things that I go through. He told me that I can be a good player and have success.”

“I enjoyed getting to know him. He did a wonderful job recruiting Tyrus,” DeSalme said. “Tyrus is from a really small town and there are qualities that come from people in small towns that get lost with big city folks. Loyalty and trust and developing relationships is a big thing for Tyrus. Coach Hoiberg did a fantastic job of developing that.”

McGee made an official visit to Iowa State in early September where he got to know many of his future teammates.

“It was great team chemistry. It wasn’t quiet or anything. I like the style of play. They run and gun, just like the way I like to play basketball,” McGee said. “I am ready. They are players. They are hooplers, that’s what we call them. They will make me better and I’ll make them better too.”

McGee also took official visits to Wichita State and Creighton. In addition to that, he held scholarship offers from Colorado and TCU.

Check out CycloneFanatic.com later on tonight for more on this story.