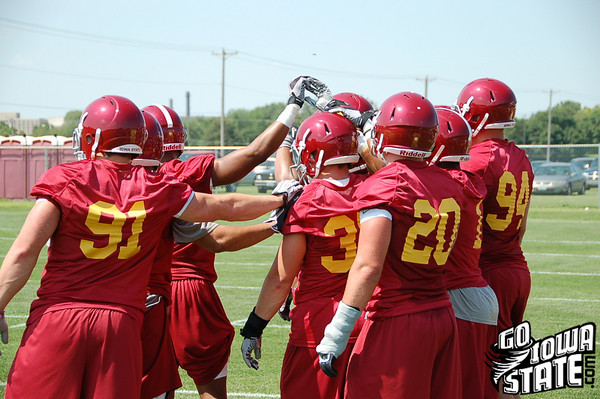 It is hard to believe we are only a handful of days before opening night at Jack Trice. And not a moment too soon. The offseason has had more tumult than the movie "2012," as disasters both man-made (thanks Nebraska) and natural (the Great Flood of ’10) have made things a little too active in Story County.  Thankfully, all of that is behind us now and football takes center stage.

Now the prevailing question is what will this year bring? By nature, Cyclone fans are a conflicted bunch. We tend to have issues complex enough that Dr. Drew would struggle to solve them. This year is no different. On one hand, you have Paul Rhoads coming off a hugely successful first year that saw his Cyclones win only the third bowl game in Iowa State history, an offense that returns 83 percent of its points (most in the Big 12) and a coaching staff that stayed remarkably in-tact.  All great signs.

The tortured side sees a defensive front seven that is woefully inexperienced and a schedule daunting enough to frighten even the Cyclone-Jerry’s of the world. In the dreaded Oklahoma/Texas combo years, Iowa State is a paltry 9-39 in conference play.

Thus, the expectations from the fan-base are so scattered across the map that Adrian Clayborn would get lost in no time. He struggles with geography as we all know.

Through all of the unknown, there are surprisingly two factors that almost always indicate how successful Iowa State is in a given year: rush defense and turnovers forced. The RDTF factor.

Let’s take a closer look at the last several years.

In the years with a RDTF total of 100 or under, Iowa State has winning records.

— As an aside, the 2005 defense was absolutely filthy. How that team only won seven games with those defensive numbers is almost as mind boggling as how abysmal the 2003 defense was. To quote a friend of mine at the time in 2003, "Our defense is as loose as…" (fill in the blank as you wish, it’s a family web-site.)

It sounds pretty simple, but if you aren’t stopping the run, you better hope your defense is forcing turnovers. This holds true for everyone in college football.

Check this out: In 2009, 46 of the top 50 rush defenses had winning records. Thirty-three of the bottom 40 teams in rush defense had losing records. (Luckily, Iowa State was one of these seven).

Your top two teams in rush defense last year: Alabama and Texas. They were also the teams playing for the BCS title.

Turnovers are also key. The Cyclone defense was incredibly resourceful when it mattered most, with the Nebraska game taking center stage. (I think Roy Helu just fumbled again.) Next to rush defense, turnovers are the greatest indicator for success. Indiana was the only team in the top 30 of turnovers forced to not have a winning record. Alabama, Texas, Boise State, Ohio State and Iowa all finished in the top 11 in turnovers forced in the final BCS rankings.

Now back to this season. Can the Cyclone defense have a repeat performance in 2010? It’s the question that loomed over fall camp. Unfortunately, it is very difficult to predict how turnovers will come into play as you can see by Iowa State’s schizophrenic performance from year-to-year.

But perhaps turnovers can be coached. Boise State, East Carolina, Oklahoma and Iowa all finished in the top 11 nationally each of the past two years.  (The Hawkeye defense is obviously well-versed in forcing turnovers from playing against Ricky Stanzi in practice each day.)

A lot of the attention has been on the experience returning on offense. It makes for an easy story to write. And let’s face it, discussing run defense is about as exciting as watching a Todd Lickliter-coached fast break. But the importance is hard to ignore.

Only one time that I can remember, did Iowa State’s offense make up for a below average defense and that was the 2000 squad. Sage and the ‘fellas finished in the top 30 of the nation in almost every offensive category that year, while the defense was a bit more mediocre than most realize (they gave up over 400 yards per game, good for 88th nationally.)

And truth be told, it’s a stretch to think the Cyclones O could match the 2000 levels. Even though they return many key weapons, they still finished 103rd in scoring offense last season.

In 2006, many expected a veteran offense to carry a youth-filled defense and we all know how that materialized.

Granted, year two of Tom Herman will undoubtedly mean an uptick in production. His Rice offense jumped from an average of 404 yards in ’07 to 470 in ’08 and into the top 10 of the country. But to expect that increase for the Cyclones is a little unrealistic.

That brings us back to rush defense and turnovers forced. Keep tabs on those numbers and I bet they will tell the story.

Hopefully, Wally Burnham’s crew is up to the RDTF challenge. I certainly can’t wait to find out. 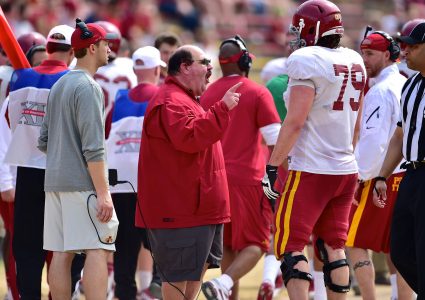