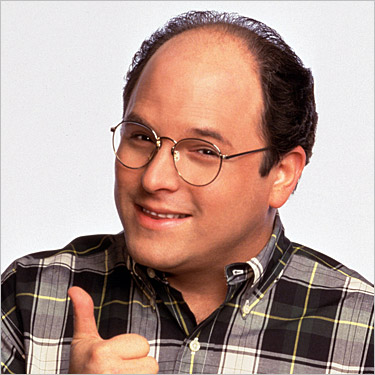 What’s going on Cyclone Fanatics? It’s time for another installment of the CF Mailbag. Enjoy.

Boxerdaddy writes: There’s been a lot of talk about Royce White being offered and accepting a scholarship here. When would be the first time he could play because of transfer rules if he did decide/was asked to come here?

CW: From what I understand, White would be eligible to play during the second semester, should he attend Iowa State.

Clones21 writes: What do you think about this whole Royce White deal?

CW: There is no question that Royce White is a phenomenal basketball talent. He also comes with a lot of off the court baggage as well. My take on the issue? I have to assume that Fred Hoiberg and Jamie Pollard know a lot more about this situation than I do. The thing is, Hoiberg isn’t under any pressure to win right now. He has at least two years before you Fanatics get riled up. Right? So he doesn’t have to take a huge risk at this point. To me, White looks like a pretty big risk. So if Hoiberg is willing to take White, there must be more information out there that we don’t know. I am going to trust the staff on this one

CydTracked writes: For as much as you pimp out the Cyclone Tundra I hope Tron is cutting you a share of the commission if someone from this site winds up buying it right?!

CW: That is a mighty fine idea. But I like to consider myself as a realist. The chances of this happening are right on par with you gaining one year of eligibility and starting over A-Rob this fall. You dig?

MookInLincoln writes: How was your trip I-80 Speedway near Greenwood, Nebraska? Did you manage to escape from over here without any big red stains?

CW: I actually didn’t end up making the trip on Friday night. I didn’t make it back home in time. It wasn’t that big of a deal to me though as I got to go racing at the Adams County Speedway in Corning on Saturday. I-80 is a great track though. I used to announce there back in the day. Good times. It sounds like they had a great crowd on Friday night.

ISUser writes: Per the recent thread debate. How do you handle your cell phone? In the pocket, clipped to the belt, or is there a unique CWilly style?

CW: I am a phone in the pocket type of guy, though I have clipped it before. I think that in 20 years, I’ll probably opt for the clip on a full-time basis. I haven’t read this debate yet. But considering I have received two questions about it, I better get on this.

Geronimus Clone writes: I met a chick and want to take her on a memorable first date. What would you suggest as the best things to do in Des Moines, on a budget? Keep in mind that I’m a borderline C.H.U.D. and not wealthy.

CW: I appreciate your honesty. Let’s see. You are on a pretty strict budget? How about going to 3-Bag on a Wednesday night. You can get a burger and fries for like three bucks a piece. Turn the Braves game on…have a few ice cold Busch Lights…Then, head on over to Gray’s Lake for a walk. That sounds nice doesn’t it?

At the end of the night, it is all on you bro. After reading your question, it appears to me that you severely lack self-confidence. That needs to pick up or it is going to be a long life for you romantically.

Johnsonjj writes: Is the honeymoon over yet?

WalkingCy writes: Due to the new coach, is the ISU Men’s Basketball team getting new jerseys this year? (Like in Hoiberg’s old jersey days sort of style?) Has it been discussed? Special golds(yellow) as well? Or do we just have to go with what Nike says?

CW: If the team is going to switch uniforms, I haven’t heard about it yet. That doesn’t mean that it won’t happen though.

SuperCy writes: If Iowa State is Charlie Brown, does that make life Lucy?

CW: I really don’t know how to answer that question. My parents did a fine job raising me, but I was very deprived of stuff like that. While most kids were watching Disney flicks, I was taking in Seinfeld reruns and Top Gun.

4429 mcc writes: What happened to the "Tracking Down" former Cyclone articles????

CW: Thank you for asking. I am currently working on one. Hope to have it ready for you all next week!

Billpickles writes: When choosing socks to wear with my sandals, should I try to match my shorts or my shirt? Or is matching the double stripe at the top of my white socks to my shirt color the best option?

CW: Do yourself a favor man. Don’t wear socks with your sandals, ever again. Do you have some sort of foot fungus or something? If so, then go ahead and just don’t wear sandals. Ditch them. Socks with sandals should be illegal.

ISUFan22 writes: Does the 2010 ISU football team have a "Ryan Koch" type player on the roster? This role can seam insignificant but I can’t count the number of drives he kept alive or TDs he scored for us. We’ve missed this (see ISU @ CU 2008).

CW: Maybe Jeff Woody can step in to be that guy? I don’t think Woody is the type of player who can win games for Iowa State on his own. But I see a lot of parallels between him and Koch. Both guys are selfless. They put the team first. Both are big and have a reputation as hard workers. I think that is the best guy I can think of this early.

Cloneu writes: Iowa State is going to name one non-athletic building after CW, which building would you choose?

CW: To begin, this will never happen. If it did, I would go with my old stomping grounds, good ole Hamilton Hall. That’s the journalism building of course. I loved that place. Good people.

Clonefan32 writes: Given the many ebbs and flows of Iowa State athletics, would you consider our current situation as high-tide, low-tide, calm seas or an oil spill waiting to happen.

CW: By our current situation, do you might right now, like July 8? If that is the case, this is very low tide. Yeah, you have the Hoiberg scenario where he is putting a program together and of course football season is looming. But I consider “high tide” as a coaching search, that week where expansion was on everyone’s mind, etc. This is pretty calm. I wouldn’t call this an “oil spill waiting to happen” either because regardless of what happens, I feel like Iowa State will be much more prepared for the future than they were about a month ago. I don’t mean that as a slight to Iowa State at all either. There was literally nothing that Jamie Pollard could have done, should the Big 12 have fallen apart. But now, those five “leftovers” have been though this once. Don’t think that they haven’t discussed what if it would happen again.

Cyrevkah writes: With 58 days left to the first football game and looking forward to basketball, what food changes will happening? 🙂 It seems like there’s always rumors about what will/won’t be kept. What’s your favorite gameday food?

CW: If you are talking about concession stands, I have no idea. My favorite gameday food is anything on a grill. Chicken, burgers, brats, it doesn’t matter to me. As long as it is bad for me and is served with Doritos, count me in.

In your home how do you let the cook know that you don’t want that particular dish again?

CW: It’s funny you ask that. My wife is so busy with vet school, I actually do the majority of the cooking. So basically, I make what I want.

Tedcyclone writes: I think that if we can get 1 defensive lineman and 1 defensive end to play above average this season, we will be a very good team. This is assuming that Sims, Johnson, Benton, and the linebackers all play up to expectations of course. I think we have a lot of talent on that side of ball, more than the country is giving us credit for.

CW: That would sure be nice. My guy to watch is Roosevelt Maggitt. To me, with Patrick Neal, you know what you are going to get. Neal is a hard working, consistent defensive end. Maggitt is the big play guy who needs to step up. I agree with you about talent on that side of the football. It is there; we just haven’t seen it in a game yet. That’s the kicker. Will these guys produce on Saturdays? We still don’t know.

Kentkel writes: Chris, if you accidently backed over a neighbor’s cat in the driveway, what would you do?

1) Bury it and say nothing

3) Buy a replacement and pretend nothing happened

4) Place it on the road and say nothing

5) Blame the neighbor for not controlling his cat