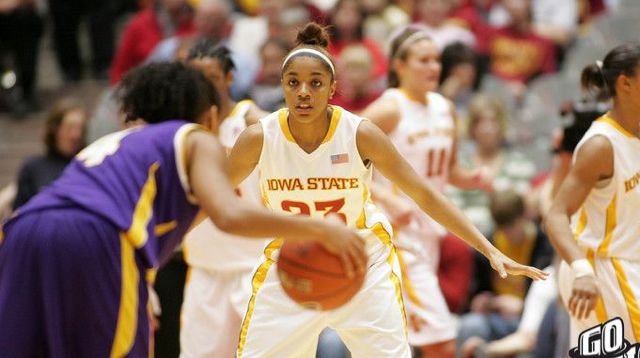 The NCAA Women’s Basketball Tournament will invade Ames this weekend. Iowa State will take on Lehigh Sunday night at 8:30. For your information, you can attend Iowa State’s Saturday practice inside of Hilton Coliseum starting at 2:10. It is open to the public and media.

– The Mountain Hawks are the 2010 champions of the Patriot League. Lehigh went 13-1 in conference play this year. This is their third-straight NCAA Tournament appearance.

– Junior Erica Prosser is Lehigh’s best player. She averages 13.9 points per game. Sophomore Emily Gratch is not far behind, averaging12.2 points per game. Gratch is the nation’s 19th best shooter, making 54.5 percent of her shots on the season.

– These two schools have never met in women’s basketball. Iowa State is 4-1 against teams from the Patriot League.

The game will be televised on ESPN2 Sunday night. We’ll be bringing you all sorts of coverage from the tournament all weekend long here at CycloneFanatic.com. Check out CF on Saturday night for coverage of Iowa State’s shoot around.

For Iowa State’s official release on the game, CLICK HERE.