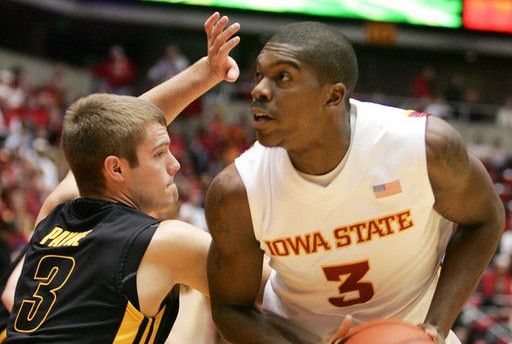 Everybody has an opinion as to what is wrong with the Iowa State men’s basketball team.

“Craig Brackins is too soft.”

“We have the worst point guard play in the Big 12.”

I’ve read, heard and seen them all over the past two weeks. In my mind, you can’t really point out one specific reason as to why this team is struggling. So I recently did what anybody else should do. I went to the numbers. Here are some individual and team statistics that I found interesting.

Over the course of Iowa State’s first four conference games, the play of newcomer Marquis Gilstrap has been the one consistent, positive storyline. But did you know that the Gilstrap currently leads the conference in rebounding at 12.3 per game? That means he is rebounding the ball better than the likes of Damion James, Cole Aldrich and Ekpe Udoh. That should put things into perspective as to how great he’s been, when you consider this is his first season in the Big 12. Not too shabby Marquis. Not too shabby at all.

Here’s what is even more spectacular about what Gilstrap has done. He’s scoring and rebounding more in conference play than he did against the likes of the Tennessee State’s of the world. His averages are actually improving against better competition. Gilstrap is also ranked seventh in the league in field goal percentage, at .459 percent.

Craig Brackins on the other hand is heading in the opposite direction. Craig’s scoring average is down to 12.8 points per game in Big 12 play, while he’s only averaging 7.0 rebounds per contest. That’s down from 16 and 7.8 over the course of the entire season.

Free throws have been an obvious downfall for this team. As expected, Iowa State is dead last in the league, going 50-for-85 from the line while shooting .588 percent. I don’t consider that number too alarming though considering the fact that Texas is ranked 11th in the league. However, had the team performed better from the stripe at Texas Tech or even against Texas, we could be discussing a 2-2 conference ball club. When you struggle to score to begin with, free throws become that much more important.

According to the numbers alone, Iowa State hasn’t been horrible as far as rebounding goes. The Cyclones are averaging 39.5 rebounds a game in conference play, a number that ranks them fifth in the Big 12. However, when you take a closer look, eyebrows begin to raise. The Cyclones are ninth in the conference at -2.8 per game in rebounding margin. Then, opposing teams are averaging 42.2 rebounds per game against the Cyclones. That small amount of optimism from that first stat goes away in a hurry.

I’m not sure if this number is that big of a deal or not but the Cyclones rarely steal the ball from the opposition. In four games, Iowa State has only recorded 13 steals, averaging 3.25 per game. That is last in the Big 12 behind Missouri/Kansas’ average of 8.60 a game.

Turnovers were key for the Cyclones in their loss to Kansas on Saturday and the numbers say that has been the case throughout the early portion of this Big 12 season. Iowa State is 10th in turnover margin at -3.5 per game. Notably, Oklahoma and Baylor come in at 11th and 12th.

Diante Garrett has been hearing it for Cyclone fans over the past two weeks, but the junior is still right up there with the top point guards in the Big 12 as far as assists go. Garrett has dished out 21 over four games to average 5.25 assists per game. That ranks him second in the league behind Baylor’s Tweety Carter, who is averaging 8.0 a game.

Finally, we’ve heard a lot this week about Iowa State’s lack of depth for multiple reasons. This last stat was proof to me that Iowa State fans shouldn’t give up on the season solely because of that. Iowa State only has one player in the league’s top 10 in minutes played. That’s Craig Brackins, who is sixth, averaging 36.25 minutes per game in conference play. My point is, there are a lot of guys who are being forced to play a lot of ball in the Big 12. They adapt. Let’s hope that the Cyclones can do the same. Iowa State just has to stay out of foul trouble.

I want to see Justin Hamilton be involved in this offense more. Hamilton has only taken 14 shots in four Big 12 games. He’s made eight of them. The best thing about Big Ham is that he’s a decent free throw shooter, at 63 percent, compared to the likes of LaRon Dendy, who is a 42 percent shooter from the stripe. Hamilton scoring more would do a lot of things for this team, specifically, free up Craig Brackins a little bit.

Diante Garrett has to start making more of those bunnies doesn’t he? At some point, don’t those have to start dropping? It is inevitable.

The same goes with free throws. Is this team really that bad from the charity stripe? They have to eventually get into a better rhythm right?

Craig Brackins has to turn back into the player we saw a year ago…Right?

I’m not calling for an NCAA Tournament run here, but sooner or later, some of these little things have to start going Iowa State’s way…Right?

Let’s hope that it all comes together on Wednesday. 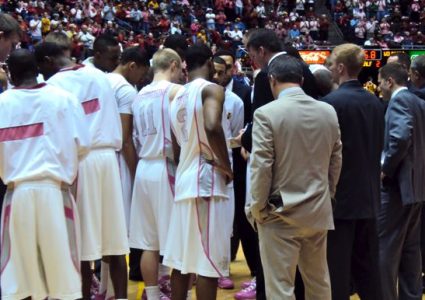 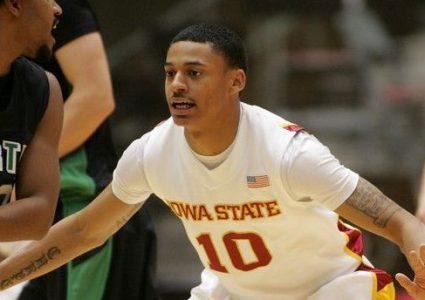