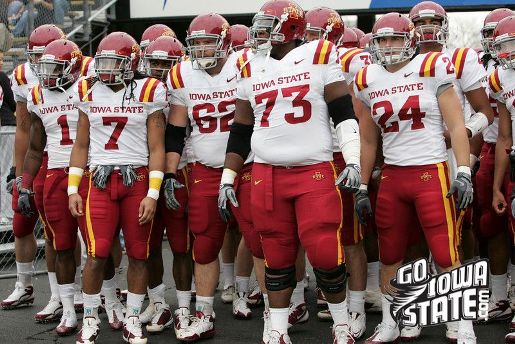 Being a division one college football player is a full-time job. If you don’t believe that, then you will after reading this CycloneFanatic.com exclusive interview with Iowa State football’s director of strength and conditioning, Yancy McKnight.

Last week, CF went one-on-one with McKnight to get the scoop on what exactly goes on during winter workouts. How is the team progressing this winter compared to last? What are the four new JUCO prospects looking like in the weight room?

Find answers to those questions and more in this CycloneFanatic.com Q&A with Yancy McKnight.

CF: Every program seems to have their own philosophy when it comes to strength training. Do you guys have a mission statement or anything like that?

CF: Some former players have told me that this time of year, right now, is when an athlete makes the most growth. Is that accurate?

YM: Yes and summers too. Both. The way that we do stuff is that we try to continue movements. We try to get our guys to perfect movements and patterns and stuff like that. We continue training patterns in the winter and then we just try to improve upon them in the summertime. When you’re talking about speed, strength or conditioning, we are going to constantly be trying to get better from winter to summer. Then in the fall, we’re obviously trying to keep them as healthy as possible. There are things that you have to adjust and things like that. Yes. You see major growth in winter and summer also.

CF: What is the difference between the team right now compared to last year when you had never really worked with them before? Is it noticeable?

YM: Yeah, it is noticeable. We talked about the other day how the retention of the drills from where we were in the summer leading up to camp and then picking back up this winter, especially this week, we felt like the guys were doing pretty well with the drills as far as picking them back up pretty quick from where we left off in the summer. Probably the biggest thing is that last winter, we took a lot of time teaching technique the way that we wanted it done from the strength and speed side of it. They worked hard. It never was an effort issue. We wanted things done our way. Just like the coaches on the field when they have a different style when they come in. It is the same thing in here with us. We do things a little bit differently. That is the difference I think from this winter to last winter. The majority of our guys understand what we want from a technique side of it. They know what our expectations are daily. Those are the things where last winter, we took a lot of time to develop that. We never got into a maximum strength week last winter, not one time. Just because I got here a little late in January. I got about six weeks with them in the offseason. I spent two to three weeks teaching and then picking up the tempo of our workouts was what we needed to work on too. Increasing their work capacity, things like that. Summertime was the first time that I actually got to do some maximum strength stuff with them. Next week, we’ll be up to 85 percent so we are pretty far ahead of where we were last year.

CF: After working with these guy for an entire season, are there any specifics that you’ve noticed the guys need to work on?

YM: I think that the things we are looking at right now, you are going to say every year. You always want to improve your speed. That is going to be through recruiting obviously but also, we have to develop guys here. Things that we look at in our offseason are that we want to try to improve on our change of direction work. And obviously, our acceleration and things like that. We need to work with those guys in improving their efficiency when they run. That is a mechanical thing, that’s really what it is. There are a few guys who we have targeted who need a lot of extra work as far as picking up some speed techniques that we feel like will help them on the field. That is some of the stuff. We would like to get our O-line a little bit trimmer and continue that. The style of offense that we play is very up-tempo. Those guys need that for stamina. Our O-linemen need to be a little bit more mobile in terms of dropping a few pound here and there. It isn’t a drop 25 or 30-pounds off of a guy in a year. That’s probably not the case. You are going to have some issues there as far as strength level. It is just a slow process with those guys. Shedding a bunch of weight off of them instantly isn’t what is best for those guys. There are also guys who need to put on weight. You look at each individual need for the offseason.

CF: Throughout the course of your career, what have your experiences been like with JUCO’s as compared to high school recruits?

YM: Some are good and some are bad, just like high school kids. The place where Collin Franklin came from, that guy is a very good coach and they have a great strength program. Different places have different facilities and different things going on. I will say that from my side of it, if you get them in January, it is a much better situation than getting them in August. Even if you get them in June, you still have plenty of time to get them prepared for camp. You definitely want to get them as quick as you can. Having the four of them this January has been great. That allows them to get in with the rest of the guys, learn the offense or defense, learn the team settings and the coaches. Just be around the places and get a feel for school. It is a much better situation to get those players in January.

CF: What about these four physically? Is it about what you were hoping for?

YM: Yeah. I have been impressed, especially this week. Their technique is good. They can bend pretty well. Just like all of our guys, they have things that they need to work on and get better at. The foundation with those guys coming in is not bad. It is pretty good.

CF: Do you have any guys who are just in the weight room all of the time?

YM: Our main lifting mandatory days are Monday, Wednesday and Friday. Our mandatory running days are Tuesday, Thursday and Friday. Then, we have auxiliary lifts that are optional on Tuesday, Thursday and Saturday. Last week on Saturday, we had five unexcused off of the team. Tuesday and Thursday we had 100 percent on our auxiliary lifts that were non-mandatory. Right now, we have some pretty committed guys, a committed group that likes to work. They enjoy it. I think that the things we do as far as a training style, they see results, they see the change and they see that there is a plan for everything that they are doing. They are going to be way more responsive. When they put in the extra work, they know that it is going to help them. I can’t really pinpoint anybody. As a whole, it is a really good group.

CF: Do guys who you consider leaders on the field usually carry that mentality into the weight room?

YM: Pretty much. Like last year, Reggie Stephens was a hard worker. He was a great guy on and off the field and a really good leader. I think that we have more of those guys this year than we did last year, as far as leadership goes. We had a lot of good upperclassmen last year as far as seniors go, this last group that just came out. I think that the ultimate leadership is a year-round process. I think that we have the capabilities of having some great leaders this year too. David Sims is a guy who should be a leader for us this year. He trains extremely hard. He did last year too. There is a junior college guy who came in December. He was pound-for-pound, our strongest guy in the program last year. He trains hard. He plays hard. To me, it all kind of corresponds with each other. There are times that you get great players who aren’t great leaders. That happens.

CF: How do you guys handle diets with the team?

YM: We send out weekly menus based off of campus’ dining halls. They are categorized in four different sections based off of calorie needs for different players. Our players are set into categories as far as weight loss or hard gainers or guys who need to maintain their body weight. Calorie sections, we give them four different categories that range what they need to be eating per day, along with their nutritional supplements we provide with them too. It is all kind of a daily plan that is written out for them. They get an e-mail every Sunday with all of their menus for the week, based off of seasons with the dining halls on campus. They, as best they can, try to follow those guidelines that we give them.

CF: So it is just the honor system from there? I’m sure that is all that you can do.

YM: That’s really all that we can do. We don’t have a training table. That is the best that you can do. A lot of guys don’t live on campus so they don’t always eat on campus anyway. You are trying to give them the best options possible, give them advice and guidance. We do the best that we can. As far as the guys who need to lose or gain, we get a little bit more specific with some. 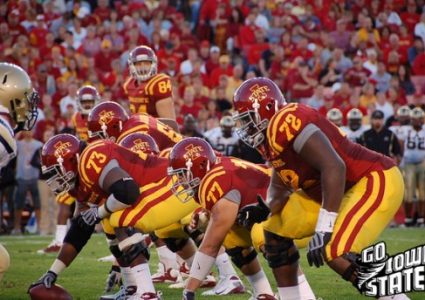