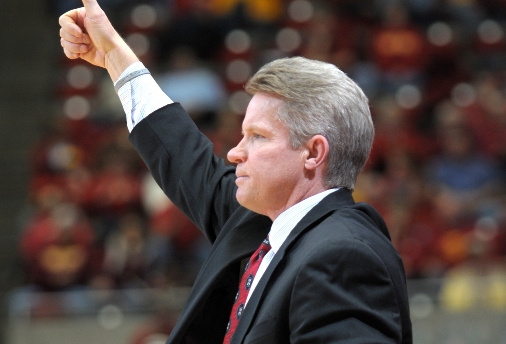 The 21st ranked Iowa State women’s basketball team played their most balance game of the season on Wednesday night and beat Kansas 53-42. Here are a few notes from the game.

– Iowa State held Danielle McCray to 3-of-12 shooting for six points, six rebounds, and four turnovers in 29 minutes of play. To do this against a player of this caliber was really outstanding. A combination of Kelsey Bolte, Denae Stuckey, and defensives changes were the reason for it.

– Kansas had 15 turnovers to Iowa State’s 10. This is a key stat because both teams play very fundamental defense and that has been a problem in the past for the Cyclones.

– One negative on the night is that Iowa State got outrebounded 35-28.

– Alison Lacey continued to be one of the most impressive players in the nation. Lacey played the full 40 minutes and scored 13 points while picking up five rebounds, six assists, and committed only one turnover. Oh and by the way, that one turnover was with 29 ticks on the clock on a shot clock violation that was done on purpose.

– Denae Stuckey played one of her best games of the year shooting 100% from the field with 10 points, seven rebounds and two steals.

This was a fun game to watch. Despite the low numbers of people in the crowd, Hilton magic was there. Iowa State played amazingly good defense. All of the switching from zone to man confused Kansas greatly. Now I know I have kind of been down on Kansas, but this is a good basketball team that just fell out of the top 25. Next up is Texas, a team that just beat Oklahoma State. It should be fun to watch this team continue to grow throughout the season. 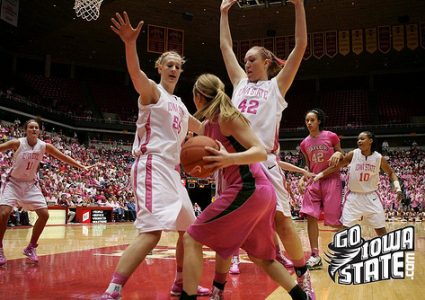