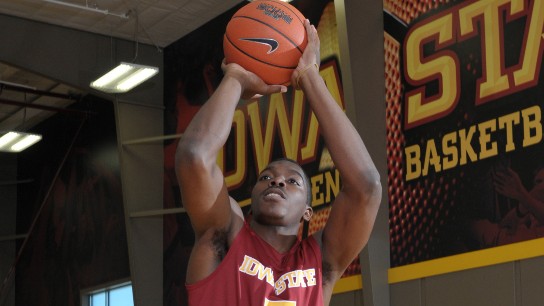 The Iowa State men’s basketball season will officially start on Friday where the Cyclones will host Idaho State at 7 p.m., in Hilton Coliseum.

Our CycloneFanatic.com message boards have been awfully optimistic when talking men’s hoops over the past few weeks and rightfully so. After two convincing exhibition wins, Craig Brackins and Co. look to be much improved from a year ago and some national pundits are picking the Cyclones to be the “sleeper” team in the Big 12 Conference.

Iowa State certainly has the potential to be that team, but it’s going to be tough. Why?

In Parrish’s Big 12 preview, he ranks the Cyclones eighth in the league and writes this: Craig Brackins is the best college player not enough people have seen play. But the nation will have an opportunity to watch the 6-10 junior this season, most notably in a nationally televised game against Duke on Jan. 6. Brackins averaged 20.2 points and 9.5 rebounds last season, both numbers more than doubling ISU’s second-leading scorer and rebounder. And that’s the problem. Brackins is as good as anybody in the Big 12, but no player is good enough to win by himself in this league. The hope is that junior college transfer Marquis Gilstrap can play the role of reliable sidekick. The 6-7 wing averaged 22.6 points and 10.1 rebounds at Gulf Coast Community College last season. He got 14 points in an exhibition win over Black Hills State.

Chris’ Take: Parrish raises some interesting points about the league in this column. Kansas is loaded. Texas is loaded. He points out that they are both national title contenders. It’s hard to argue that at this point. I really believe that after Oklahoma at number three, this league is and will be an absolute toss-up. Iowa State has the talent to be the fourth best team in the Big 12. They could also finish as low as 10th. To me, that’s what makes this upcoming season so exciting. You just don’t know.

Here’s the best news that you’ll hear all day though. With the combination of Iowa State’s tough non-conference schedule and the Big 12 gauntlet they’re also going to run, having a solid RPI in March will not be a problem.

It all begins on Friday. 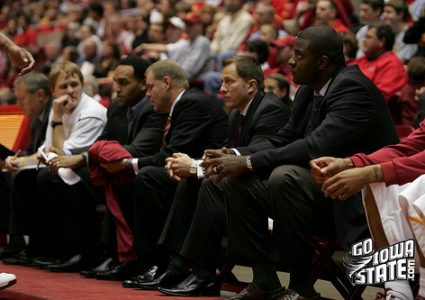 Parrish: The “What if” Game with Wes Johnson