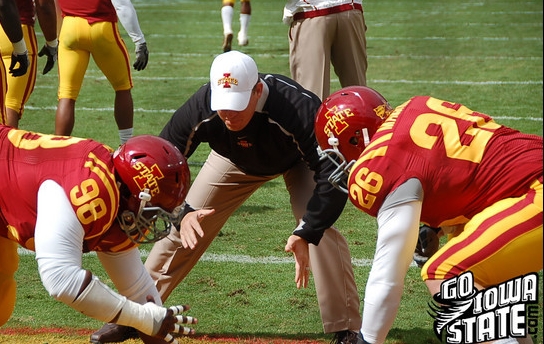 Cyclone head coach Paul Rhoads was absent from the event, as he was attending a funeral. Stepping in for the ball coach was assistant Bill Bleil.

The new depth chart was released in anticipation for Saturday’s contest with Colorado. Again, no big news came from the release.

The biggest nugget that came out of today was the fact that Rashawn Parker might play for the Cyclones next season. Parker injured his knee during the Army game and he told reporters that the program plans on appealing for a medical red-shirt after the season. Parker then stated that he would love the opportunity to come back to Iowa State for one more season, if he’s able. Look for a video interview with Parker here at CF later on today.

Mike Brandtner’s punting has been a hot topic on the CF forums since the Oklahoma State game. Coach Bleil isn’t too worried about Brandtner, who he considers as one of the best punters in college football.

“His consistency will come back,” Bleil said.

Bleil said that the offensive line played their worst game of the season so far. Reggie Stephens agreed in an interview. Both seemed optimistic that with Stephens being closer to 100 percent and Austen Arnaud getting more reps this week should result in a stronger offensive performance against Colorado.

It was also announced that the Missouri game on Nov. 21 will not be on television. No official time has been set for kick.

More coverage from today’s presser will be online here at CF this afternoon and this evening. 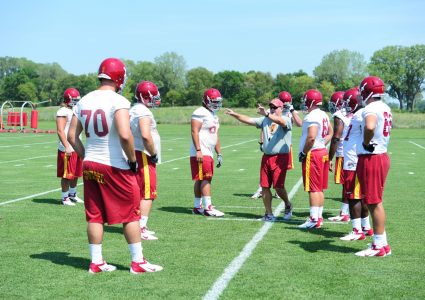