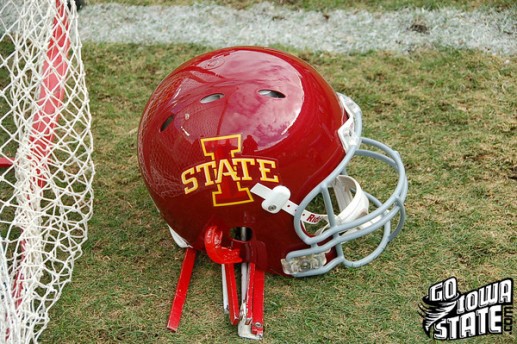 Zac Robinson – Can somebody please bring up Oklahoma State quarterback Zac Robinson in the Heisman Trophy talk? Since conference play began, Robinson’s completion percentage is 67.8. He’s thrown for 756 yards and six touchdowns. The guy is doing this without Dez Bryant too. Next Saturday’s game with Texas could very possibly be a national coming out party for this underrated signal caller.

Texas A&M – After getting embarrassed by the fighting Bill Snyder’s a week ago, Texas A&M ran for 321 yards on Texas Tech Saturday night and beat the Raiders 52-30. After this weekend, A&M is the third ranked team in the nation as far as total offense goes. The Aggies are averaging 489 total yards per game, a mark that places them first in the Big 12. A&M certainly isn’t the best time in this league. They aren’t the worst either. The only thing that we actually KNOW about this team is that they seem to be a part of the “shock” game every week.

Iowa State – Our beloved Cyclones maybe didn’t shock the city of Ames on Saturday afternoon, but they really raised a lot of eyebrows everywhere else across the country. The Clones scored nine points and WON in Lincoln. Is that crazy-talk? Maybe…but it’s still a W.

Colorado – The Buffaloes are now 2-17 in road games since Dan Hawkins became head coach. Does that make you feel even a little bit better about Nov. 14? It should. At this point, Hawkins might not even be on the sideline when the Buffs come to Ames.

Kansas – It appears that the Kansas offense is starting to slow down just a bit. The Jayhawks recorded a season-low 290 yards of offense in their ugly loss to Oklahoma on Saturday. Granted, Oklahoma’s defense is really, really good.

Nebraska – As bad as Bo Pelini’s offense is, the Nebraska defense is that good. Here’s a stat and a half for you. After holding the Clones to 239 yards, Nebraska has now held their last six opponents under 280 yards. Even after dropping two straight, those are impressive numbers.

Looking Ahead to Next Week

Iowa State @ Texas A&M – I’m really excited about this football game. These two teams should both be feeling very good about themselves right now. Too bad it’s not on TV and nobody will be able to see it.

Nebraska @ Baylor – Nebraska should be able to win this game but really, who knows anymore with this team? I do know one thing. It’s time for Iowa State fans to start rooting against all other North foes. There’s no reason why the Cyclones shouldn’t be in the Big 12 Championship Game conversation.

Kansas @ Texas Tech – Think any points will be scored in this one? I have a feeling that Tech will bounce back in a big way. Kansas State @ Oklahoma – REALITY CHECK time for Kansas State.

Texas @ Oklahoma State – The South and potential conference champion will more than likely come out of this game. 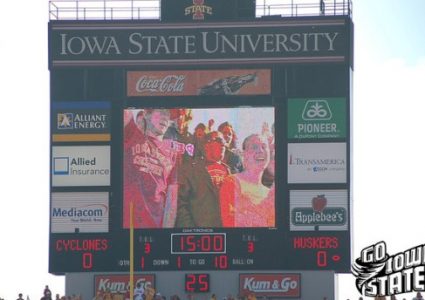 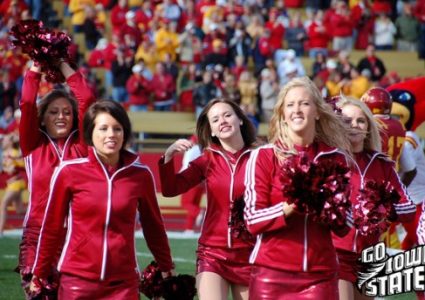