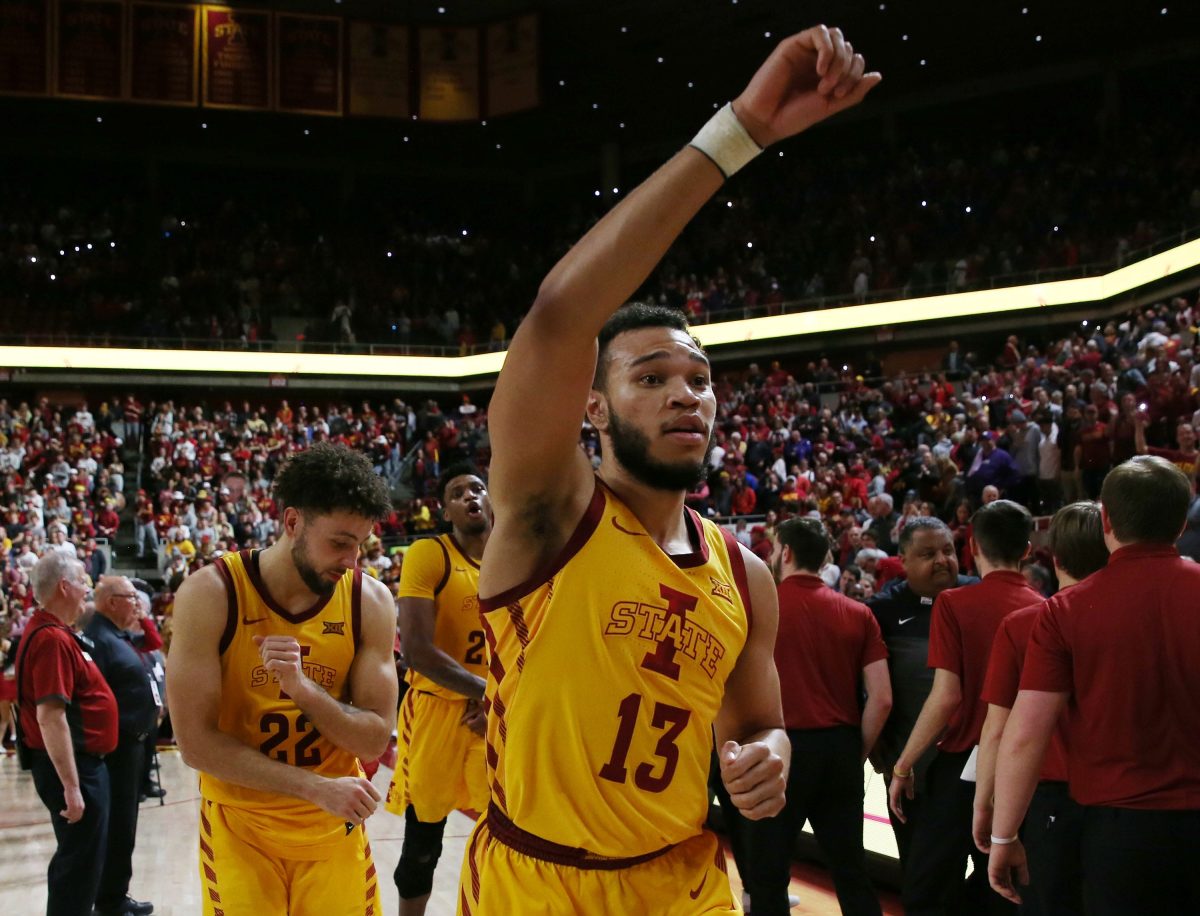 AMES — Iowa State had not scored in nearly three minutes when Tamin Lipsey went crashing in for an offensive rebound with 5:21 left to play on Tuesday at Hilton Coliseum.

The Cyclones had led by as many as 10 in the second half, including a 59-49 lead fewer than three minutes earlier, but Kansas State’s Markquis Nowell had cut the deficit to one point on the previous possession.

Gabe Kalscheur attempted a jumper to push the Iowa State lead back to three, but it was off the mark. Enter Lipsey, the Cyclones’ true freshman point guard who has a knack for making things happen when his team needs it the most.

Iowa State needed this one.

Lipsey tapped the offensive rebound back out the perimeter where Iowa State’s Caleb Grill, who had been in and out of the game dealing with a lingering back injury, sat open and waiting.

Grill rose, fired and connected. It was his first — and only — field goal of the evening. He knocked down a pair of free throws a few minutes later when it was time to ice this one away.

The kid from Kansas battles through injury when his team needs him most to knock down one of the biggest shots in a game full of huge moments. It was that kind of night at Hilton Coliseum.

“He’s such a competitor,” Iowa State head coach T.J. Otzelberger said of Grill. “When he’s on the court, our guys know how much he wants to win and know his confidence even in the big moments. Defensively, is he at his best? Offensively, is he exactly at his best? Probably not, but, man, he hits a huge three. He knocks down key free throws late. When he’s on the court, the trust and the confidence they have with him out there, he’s been part of a lot of huge impactful wins and played key roles in those. I think him being out there brings a lot to our team and for the guy to play 25 minutes in that game with his back how it is… pretty impressive.”

While Grill’s shot boosted Iowa State across the finish line, it was the play of his teammates that put the Cyclones in a position to control the majority of the contest.

Jaren Holmes put together one of his best performances in an Iowa State uniform, tallying 23 points on 8-of-11 shooting, 2-of-3 shooting from deep and 5-of-6 from the free throw line with seven assists, three rebounds, one steal, one block and one turnover.

The St. Bonaventure transfer knocked down difficult shot after difficult shot, using his touch to finish with his floater around the rim, using his height to elevate for his jumper over smaller defenders and using his strength and smarts to navigate his way to the rim for easy finishes.

When he wasn’t able to do those things, he found openings for his teammates.

Oh, and he did it while playing a lockdown game defensively as Iowa State held one of the nation’s best backcourts to a combined 12-of-29 from the field and forced them into nine turnovers.

“Jaren was dynamite on both ends,” Otzelberger said. “That’s hard to beat. That’s a great night for anybody. I think it’s one of his better performances. I think the pride kicked in. Our guys know Caleb’s not at full strength. Man, him and Kalscheur both. Gabe’s playing 40 minutes a night laying it all on the line taking charges, guarding the other team’s best player. Big shots, big plays. Those two guys lead us every day with how they work and it’s awesome to see how well they both played.”

Kalscheur continued to prove why he belongs in the conversation for first-team All-Big 12 by scoring 19 points on 7-of-11 from the field, 2-of-5 from 3-point range and 3-of-4 from the free throw line.

Arguably the league’s best perimeter defender, this game was going to be a significant challenge for Kalscheur going head-to-head with the K-State tandem of Markquis Nowell and Keyontae Johnson.

Iowa State never allowed Johnson to get comfortable, prevented him from getting to the spots he wanted to get to and sent extra attention his way anytime Kansas State tried to get him into position for isolation.

The Florida transfer finished with 15 points on 6-of-12 from the field, 0-of-2 from deep, 10 rebounds and five turnovers.

“I thought our gameplan was really sound,” Otzelberger said. “We wanted to deny him catches in those isolation areas. When he caught it, we wanted to bring a secondary defender. Turned him over five times. Felt like his points came on broken plays, he had an offensive rebound, he had a drive. I felt like our plan was good. He’s a great player. He’s big. He’s physical. I liked our plan. There were times when he was frustrated and that’s what we need to do. We need to be highly disruptive and guard him as a team. For the most part, we did that.”

Nowell was one of the biggest challenges of the season for Lipsey, the Cyclones’ fast-rising freshman floor general, who finished with 10 points, six rebounds and four assists. Of Lipsey’s six rebounds, four of them were offensive, and nearly all of those led to significant buckets for Iowa State at key moments.

Meanwhile, he prevented Nowell from being able to control the game for 40 minutes. Yeah, Nowell got his, posting 23 points on 6-of-17 from the field, 4-of-5 from deep, 7-of-8 from the free throw line, nine assists, four turnovers and three steals.

But, it was never easy, and the credit for that by in large should go to Lipsey.

“The poise, the character, the moxy, for a freshman,” Otzelberger said of Lipsey. “The guy he’s guarding is pretty dang good, too, so he’s in a tough spot there. Winning play after winning play. Command of the game late. The loose balls, the offensive rebounds, the passes to his teammates. He’s unbelievable. He’s an awesome young man. He’s an awesome competitor and a winner. Amazing what he’s doing as a freshman.”

Another of Iowa State’s biggest plays of the afternoon came just a few minutes after Grill’s 3-pointer that broke the three-minute field goal drought in the second half.

The Cyclones had added a few points off of free throws since Grill’s shot cleared the net, but the lead had not grown, now sitting at 68-64 with 3:49 to play.

With 3:49 left, Lipsey was surveying the defenders at the top of the key and saw his man start to sink toward the middle as Osun Osunniyi faded toward the basket.

Lipsey lofted up a high arcing lob to the front of the rim, Osunniyi snagged the pass and turned in the air to slam it through despite a crashing help defender.

This team makes it all look easy.

“That’s light,” Holmes said. “We practice that. I’ve seen Shoon do some crazy things. We were a lob away from tying the game last weekend (against Oklahoma State). He’s not going to miss many of them.”

They make the process of chasing 50/50 balls look easy. When was the last time you saw the Cyclones lose one of those? I’m not sure they lost a single one against the Wildcats. Their 25-13 lead in points off turnovers and 17-7 advantage in second-chance points exhibit that.

They make playing together look really easy. The Cyclones had assists on 15 of 28 made shots against the Wildcats, but their ability to play together was once again on display.

Every time I watch this team play, I’m reminded of an old adage that I first heard Coach K bring up back when I was in high school. It’s an idea that was brought into the Cyclone mainstream by Jameel McKay, of all people.

Think of a basketball team as a fist. When the fingers on the fist stay together, they’re able to do some real damage and inflict pain on their opponents. When the fingers start to deviate from the fist, you can break a finger, and, thus, hurt the team.

Have we ever seen this team deviate from the fist? They have some rough stretches, but never anything that feels like it is someone going rogue with their own agenda.

I’m not sure we’ve ever seen it at this point. If you want to understand why this Iowa State basketball program has done what they’ve done to this point, think of the fist. This team understands how much stronger it is together than when its pieces start to separate.

The only thing this team does is land punches, and that’s a dangerous quality to possess in this sport. It is easy to understand why the team holds that mentality when you listen to its leaders.

“It’s truly magical. There’s nothing like it,” Holmes said. “Overall, I’m just trying to put our team in the best position to win. Whatever that may be that specific night, whatever that position might be for me to play, I’m willing to do that for this team, for my brothers. I just want to win.”

Iowa State men’s basketball has started to make the hard things look easy, because they embrace the most difficult things on a day-to-day basis. There is no shying away from anything.

There is no pouting or woe-is-me mentality. It’s just give your best today then be your best tomorrow and the next day and the day after that and so on down the line.

This team has made being the fist look awfully easy. 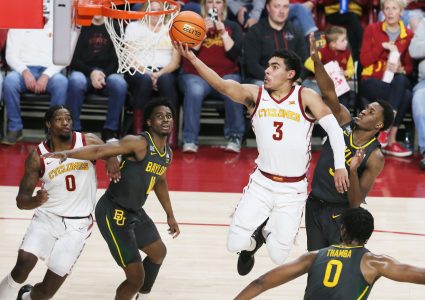 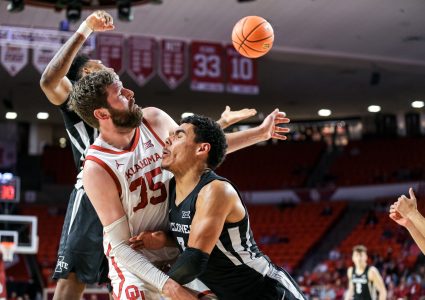 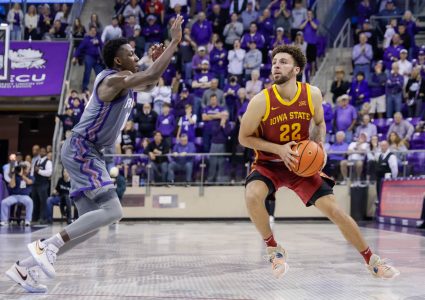