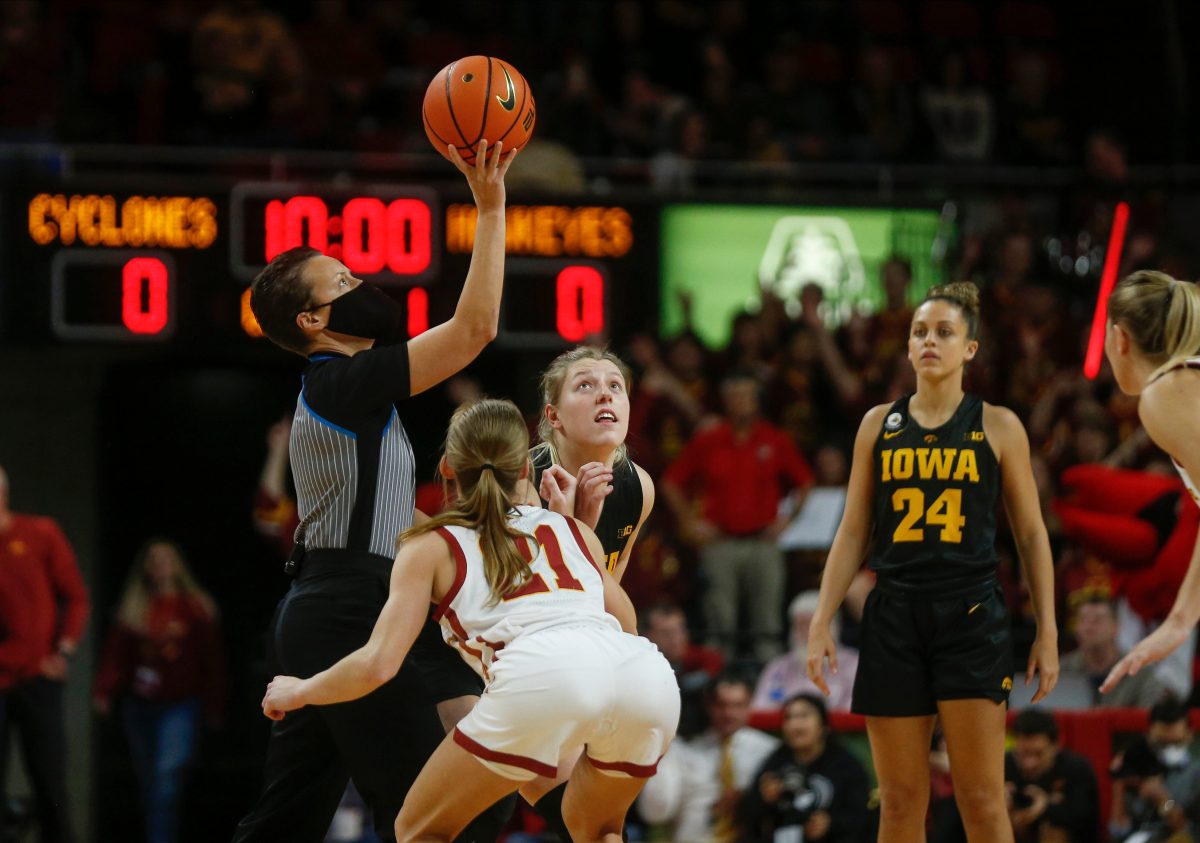 When No. 10 Iowa State and No. 16 Iowa square up in Iowa City on Wednesday, the national spotlight will shine with a focus on two of the premier players in college basketball.

Ashley Joens, who enters her fifth and final Cy-Hawk game with goals of getting her first win in Iowa City will take her team to face offensive phenom Caitlin Clark and the Hawkeyes.

It’s easy to angle this game exclusively with the pair serving as the headliners. National pundits will be quick to do so, but Joens is the first to say that this game is almost everything but that.

“Not really,” Joens said when asked if there was a relationship between herself and Clark. “It’s Iowa State vs. Iowa. It’s not Ashley Joens vs. Caitlin Clark. Both of our teams are going to step on the court and will be ready to play.”

The Cy-Hawk game is always one of the biggest on the schedule because of the historic ties into the rivalry, but it’s only grown for national eyes in recent years.

Iowa State and Iowa will be televised on ESPN2 at 6:00 p.m. CT as one of just two top-25 matchups happening in the entire sport this week.

“It’s a great tribute to everyone, especially the players,” Iowa State coach Bill Fennelly said. “I think the schools have done so much to support the women’s programs. You’ve heard me say it forever, we have four really good women’s basketball programs in our state. I think to get this game on a national stage on a night when there aren’t a ton of big games. It’s going to be the most watched women’s game of the evening if you look at the way the schedule has fallen.”

It goes beyond Joens and Clark.

It goes beyond the other 18 players – all capable of making a game-winning shot – that will be playing in the game.

It’s not even considered another chapter in the coaching matchup between Fennelly and Lisa Bluder.

The players, coaches and fans largely don’t care about what has happened in the rivalry. They just want to win one basketball game on Wednesday.

“I used to do a lot of that – overthinking,” Fennelly said of bringing up reminders like the 2020 game. “These guys don’t care. We’re playing Wednesday. What happened two years ago doesn’t matter because we’ve been on the good and the bad of it.”

The Cyclones haven’t won at Carver-Hawkeye Arena since 2006, and the last time they played there, Iowa State led by 17 going into the fourth quarter before losing in the waning moments.

The game before that at Carver-Hawkeye Arena saw Joens miss a game-winning shot at the buzzer.

“I don’t really remember a whole lot,” Joens said. “I just remember freshman year when I missed that shot in the corner. That’s in the past and we’re here now in the present, and we’ve got just remember what we’re doing right now.”

And that Joens will with it being a much different game than it was even a year ago.

However, that motivates Joens still to this day. Every mistake does.

That’s what has turned her into the player that she will be remembered by when she leaves Iowa State and ventures toward the WNBA.

“I’d say it kind of drives (me) every game,” Joens said. “When you think back to previous years or you look back at film; every game you kind of re-watch and see what you’ve done wrong and what you could have done better. It all kind of motivates you and kind of helps you to get better for the next game.”

The Cy-Hawk game leads to moments – the ones seen in every rivalry game.

A win would mean another step towards sweeping the in-state rivalry games. It’s something Iowa State has done nine times under Bill Fennelly’s tenure in the 24 seasons that all four programs have faced each other.

In those nine seasons, Iowa State has reached the Round of 32 at the NCAA Tournament or gone further seven times.

Good things happen with the teams that can win in high-pressure situations.

“It’s always big,” Fennelly said. “For us, and I’m not saying it’s big for anyone else, some people maybe don’t care, but this is a big deal for us. It always has been. You want to be the best team in your own state and we play everyone in our own state. Two of three, we play on the road. (In) the years that we’ve swept in-state stuff, we’ve accomplished a lot in those years. That’s right at the top of the list for me.”

For now, this team is just focused on Wednesday, and winning one game on that day.

“Maybe a couple of kids who have played remember a couple of things, but they don’t pay attention to that stuff,” Fennelly said. “I’m not saying that’s good or bad, but they just don’t. Players forget quickly and move on to the next thing. Their focus is Wednesday and not what happened a couple of years ago.

That’s especially true for Iowa State’s Stephanie Soares, the NAIA post-transfer who will be playing in her first Cy-Hawk game and facing possibly her toughest test yet.

Soares will go toe-to-toe with Iowa’s Monika Czinano – an established post talent for the Hawkeyes and one that will play more physically than any post that Soares has seen yet – on Wednesday.

It will also be the most intimidating atmosphere Soares has played in to date – no offense to the McLeod Center, but this crowd will be larger.

“The only thing I said to her yesterday was, ‘You’re going to have a lot of fun Wednesday,'” Fennelly said. “She kind of laughed and said, ‘Well, that’s part of the reason I came here.’ This is one of those games where the kids that are from Iowa – it’s kind of in their DNA. The other kids find out pretty quick. And, they get it.”

They get that this is one of those games.

“If you’re a competitive kid, you want to play in it,” Fennelly said. 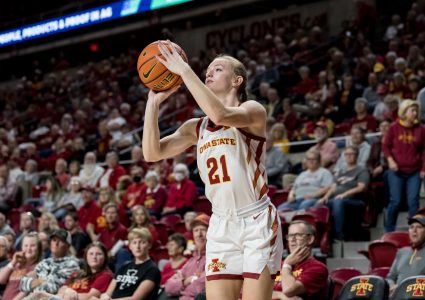 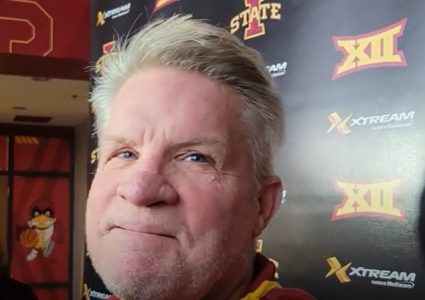