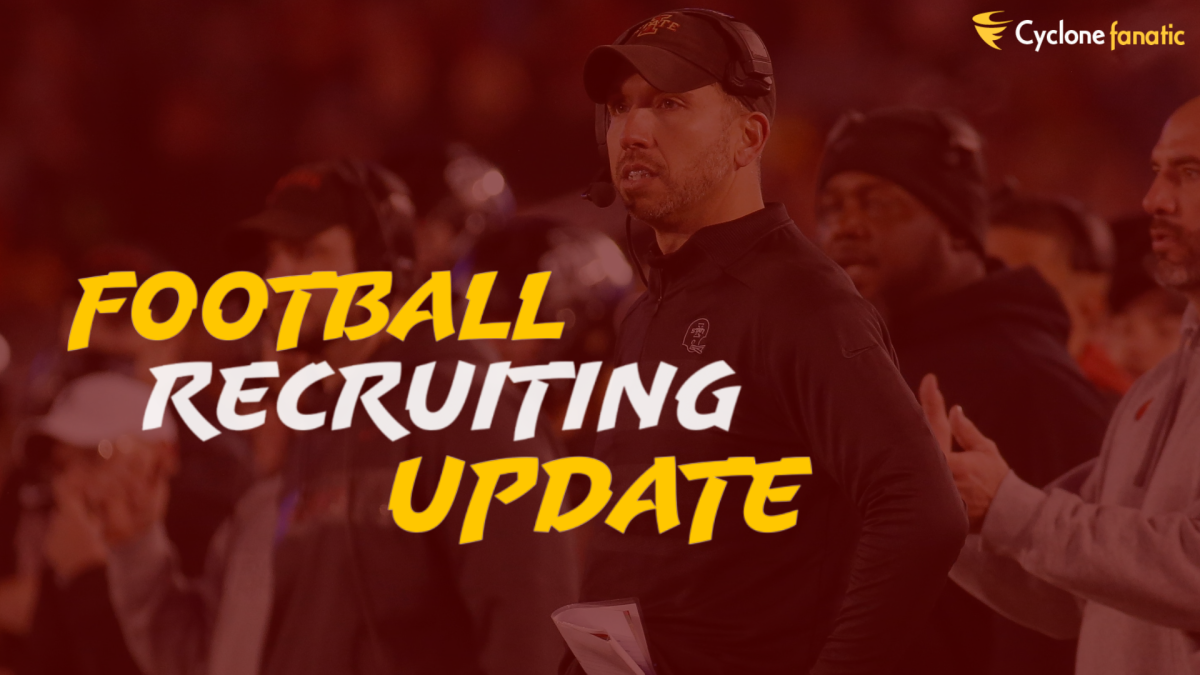 Iowa State is searching for a running back in the transfer portal, right now, and will welcome a transfer from Stanford to its campus over the weekend.

Arlen Harris Jr. will go on his second visit since announcing his entry into the transfer portal last week over the December 9-10 weekend in Ames at Iowa State. The Cyclones are also in an optimal spot for the second-year player.

“Iowa State is really high,” Harris Jr. said. “I’m not going to say that I have a number 1 right now, but if I were to have a top four that I was looking at right now, Iowa State is at a very strong spot (in the group). I’m just excited to explore that option.”

Harris Jr. went on a visit to Iowa City last week and said that his top four would, at the moment, consist of the pair of in-state rivals along with Nebraska and Kansas State.

The running back will enter his second year of eligibility in 2023, but will carry a redshirt from his freshman season on the field in 2022.

Iowa State is looking for a replacement for Deon Silas, who entered the portal a week ago and has described its want for a player like Harris Jr.

“It’s kind of surrounded them wanting a special back that is going to come in and impact the game,” Harris Jr. said. “They just told me they have a desire to have a special back that can make plays and not just do what he’s told, but make something come out of nothing.”

Harris Jr. originally committed to Stanford because of his want to be challenged in the classroom while he was off the field.

“I would just say the desire to be challenged both on and off the field,” Harris Jr. said. “Obviously, Stanford is a very prestigious school in the academic field. I just want to be challenged in the classroom like I’m challenged on the field. As you can see now, it was a little different than I could have expected or desired.”

Iowa State offered the prospect out of high school, but the Missouri native ended up heading west.

Things look to be different this time.

“I just think that time around, we just didn’t have the strongest relationship and I didn’t get out there enough,” Harris Jr. said. “This go around, Coach Campbell and Coach (Nate) Scheelhaase reached out, so it was a lot more meaningful and different this time.”

Between his entry into the portal and at the time Harris Jr. talked to us, Nate Scheelhaase had been named as the newest offensive coordinator for the Cyclones.

“I was ecstatic,” Harris Jr. said of the moment he found out. “I love Coach Scheelhaase. I feel like he’s a great person. From what I’m hearing from players already on the team, everyone loves coach Scheelhaase. He was the first person to recruit me and reach out from Iowa State when I went into the portal, so I’m very excited about that.”

Harris Jr. will take his visit with a goal to learn in mind, as many prospects would.

“I would just say (I’m looking) to just learn,” Harris Jr. said. “I would like to just learn more. Me and my family have done a lot of research on our own just trying to learn about Iowa State, the history, the tradition, the people and the area and just do our due diligence. I’m excited to go down there and experience Iowa State, the different coaches and the people in that area.”

RECRUITING: Here’s where Iowa State’s 2023 commits are playing in week one of the high school season