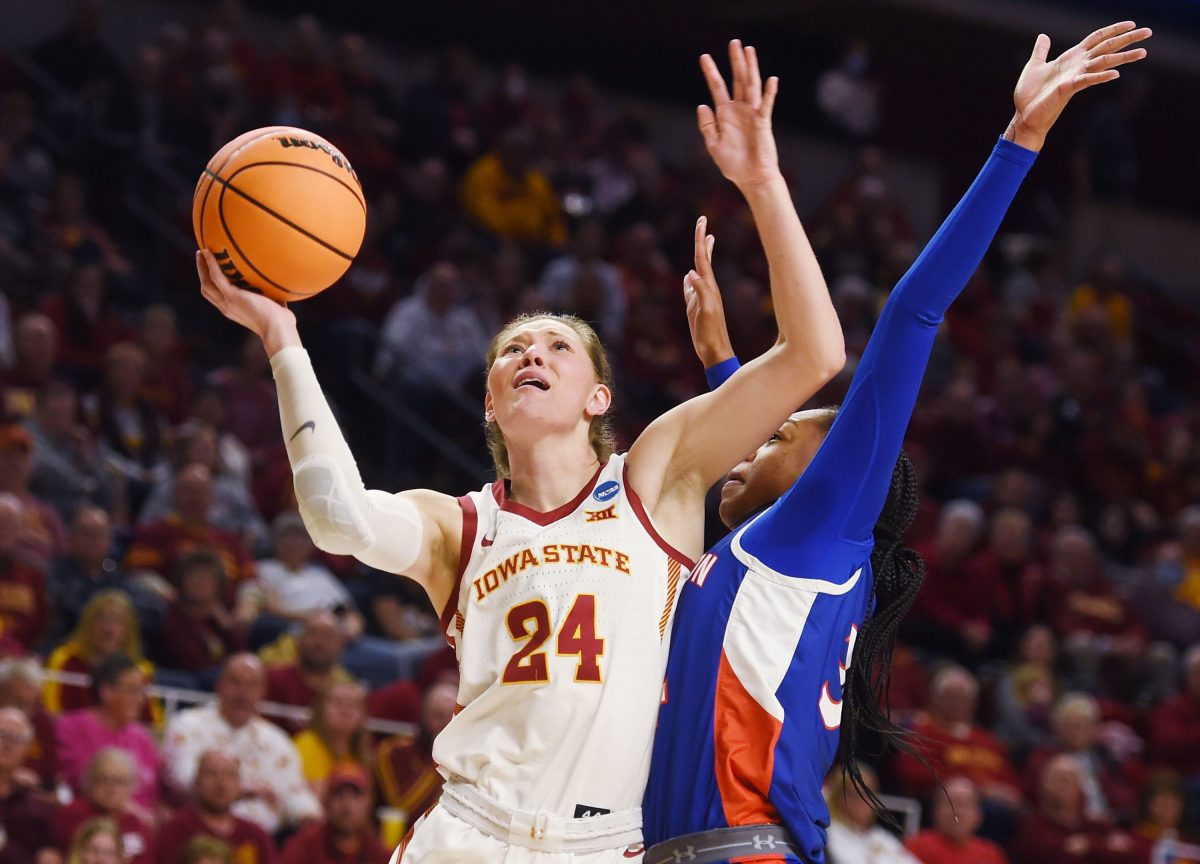 Joens was also a unanimous selection to the Preseason All-Big 12 Team, where she was joined by teammates and fellow 2021-22 All-Big 12 First Team recipients Lexi Donarski and Emily Ryan.

Joens is the third Cyclone to be named the Big 12 Preseason Player of the Year, with Stacy Frese (1999-00) and Angie Welle (2000-01) also having been chosen. Joens, who has been a unanimous All-Big 12 First Team selection each of the last three seasons, was included on the Preseason Team for a third-straight season.

The two-time defending winner of the Cheryl Miller Award, given to the nation’s top small forward, Joens returns for her fifth season as a Cyclone as Iowa State’s all-time leading scorer with 2,369 career points, which also ranks her atop active players nationally. In 2021-22, Joens averaged 20.3 points per game, hitting 91 3-pointers on the season. An AP and USBWA Second Team All-American in 2021-22, Joens racked up 18 double-doubles last season.

Donarski, a junior from La Crosse, Wisconsin, is on the Preseason Team for the first time in her career and enters the season as the defending Big 12 Defensive Player of the Year, the first Cyclone to earn the award in league history. In Big 12 play in 2021-22, Donarski locked down on her primary defensive responsibilities, holding opponents who entered games averaging 14.7 points per game and shooting 40.9 percent from the field to 9.3 points per game and 30.0 percent shooting. On offense, Donarski averaged 14.3 points per game last season, hitting 88 3-pointers.

Ryan, a junior from Claflin, Kansas, made the step up to the Preseason Team in 2021-22 after being an Honorable Mention preseason selection last season. Ryan broke the Cyclones’ single-season assists record last year with 249 dimes. That run included setting a new ISU single-game assists record with 17 at TCU. She also dished out 16 against West Virginia and 15 against Prairie View A&M, being the only player in the country last year with multiple 15-assist games. Offensively, Ryan averaged 13.1 points per game, including shooting 54.1 percent from 3-point range in Big 12 play. 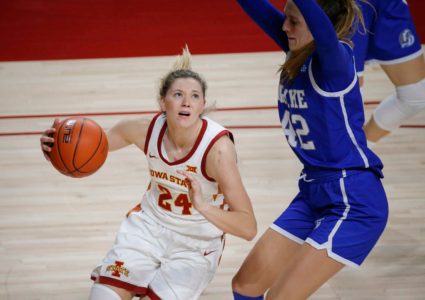