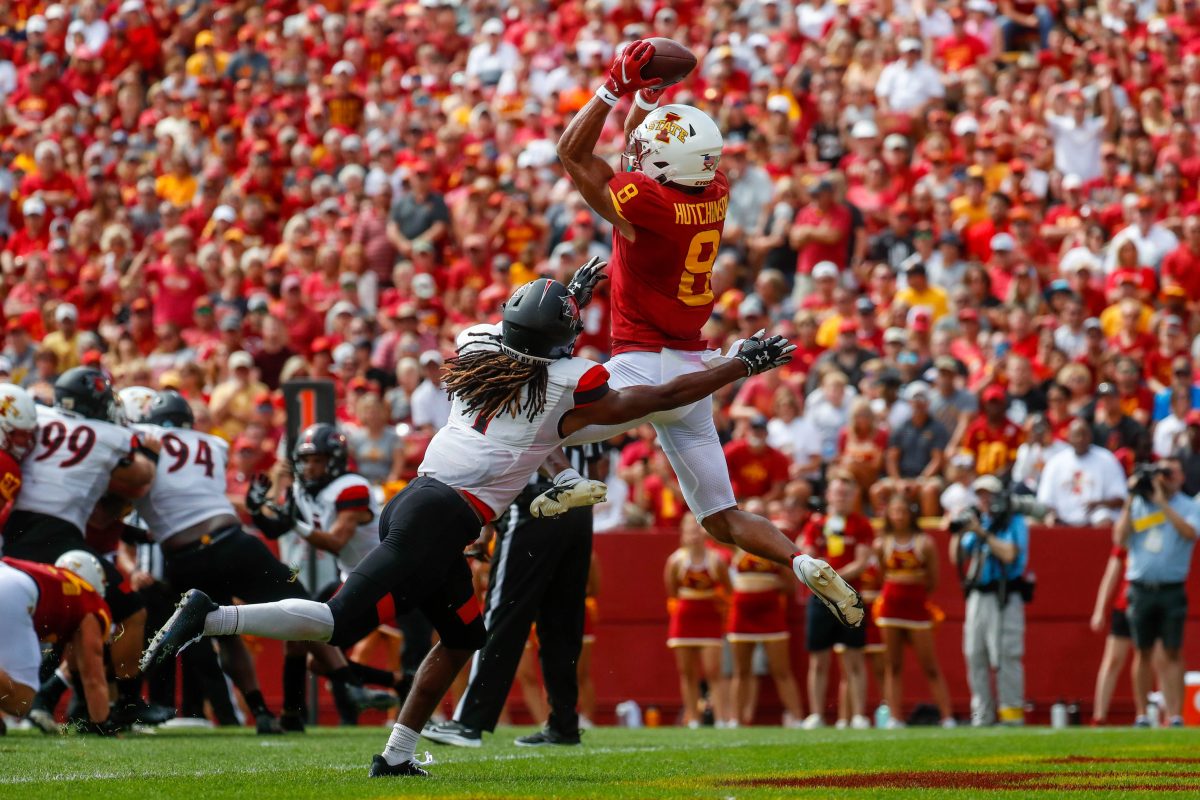 Iowa State’s star wide receiver was speaking with the media after his eight-catch, 128-yard and three touchdown performance in the Cyclones’ dominant 42-10 season-opening win over Southeast Missouri State.

It was a game largely devoid of drama. There was little stress or concern on the Iowa State sideline, especially after Hutchinson helped the team build a 21-0 lead by being on the receiving end of scoring throws on the first three drives of the game.

That was perfectly fine with Iowa State’s players. It was certainly fine with an Iowa State fan base that has watched this program struggle too often in season openers.

They know it likely will not last. It never does when the end of your season opener signifies the arrival of something else.

Cy-Hawk week is here — and a trip across the state to Iowa City looms large.

The vibes of each program leaving week one couldn’t be more different.

Iowa State rolled, for the most part, from beginning to end. The Cyclones compiled 469 yards of total offense, 293 yards through the air and another 176 yards on the ground.

Quarterback Hunter Dekkers shined in his first career start completing 25-of-31 passes for 293 yards, four touchdowns and one interception. The interception aside, it was a mistake-free debut start with plenty of big plays mixed in.

Meanwhile, Iowa had to fight tooth and nail to secure a 7-3 win over FCS powerhouse South Dakota State. The Hawkeyes’ offense scored only three points and won the game on the back of two safeties forced by Iowa punter Tory Taylor and the outstanding Hawkeye defense.

Iowa fans will enter next week wondering how they’ll get anything going offensively behind starting quarterback Spencer Petras, who struggled throughout Saturday’s game in Iowa City.

Iowa State fans will wonder how this new look team and its new starting quarterback will handle the pressure of one of college football’s most heated rivalries and what will surely be an electric atmosphere at Kinnick Stadium.

Outside of the state they call home and an affinity for Busch Light, Iowa State and Iowa fans will not share much this week.

“This is week one,” Hutchinson said. “(People) like to say they’re prepared, but you never know when you get inside the game what’s gonna go on. For all I know, they’re still 1-0. We’re still 1-0. Week two, it’s going to be a fun match-up.”

He experienced the on-field portion of it for the first time last season when he was inserted late in the Iowa State loss in place of Brock Purdy. He threw a touchdown pass, but the game was already out of reach.

That was an opportunity to get his feet wet in a game that people on both sides might say doesn’t mean more, but, c’mon, we all know that’s not true.

“We kind of hurt ourselves last year, which is kind of unfortunate,” Dekkers said. “That’s something we’ve really got to do this year is hone in on not hurting ourselves. If we do that, we’ll be just fine.”

Linebacker Colby Reeder has only heard about the rivalry — everywhere he goes.

The Delaware transfer’s eyes lit up when asked about the opportunity to play in the game and see this rivalry up-close. The college football veteran, who recorded five tackles and forced an interception in the first half of his Iowa State debut, is ready for the experience.

“Walking down the streets in Ames (talking to people), it’s not, ‘Go win the Big 12.’ It’s not, ‘Win a national championship.’ It’s literally, ‘Beat Iowa,'” Reeder said. “I’m using choice words, but it’s always beat Iowa, beat Iowa. I’m excited. I know our team is already amped up. It’s probably one of the greatest rivalries in sports. I’m excited to be part of it.”

Iowa State is riding high after a dominant win over an undermanned FCS team. Iowa is searching for answers after struggling to beat an FCS power.

The vibes couldn’t be any different, but still… one thing remains true.

Nobody is hiding from that. 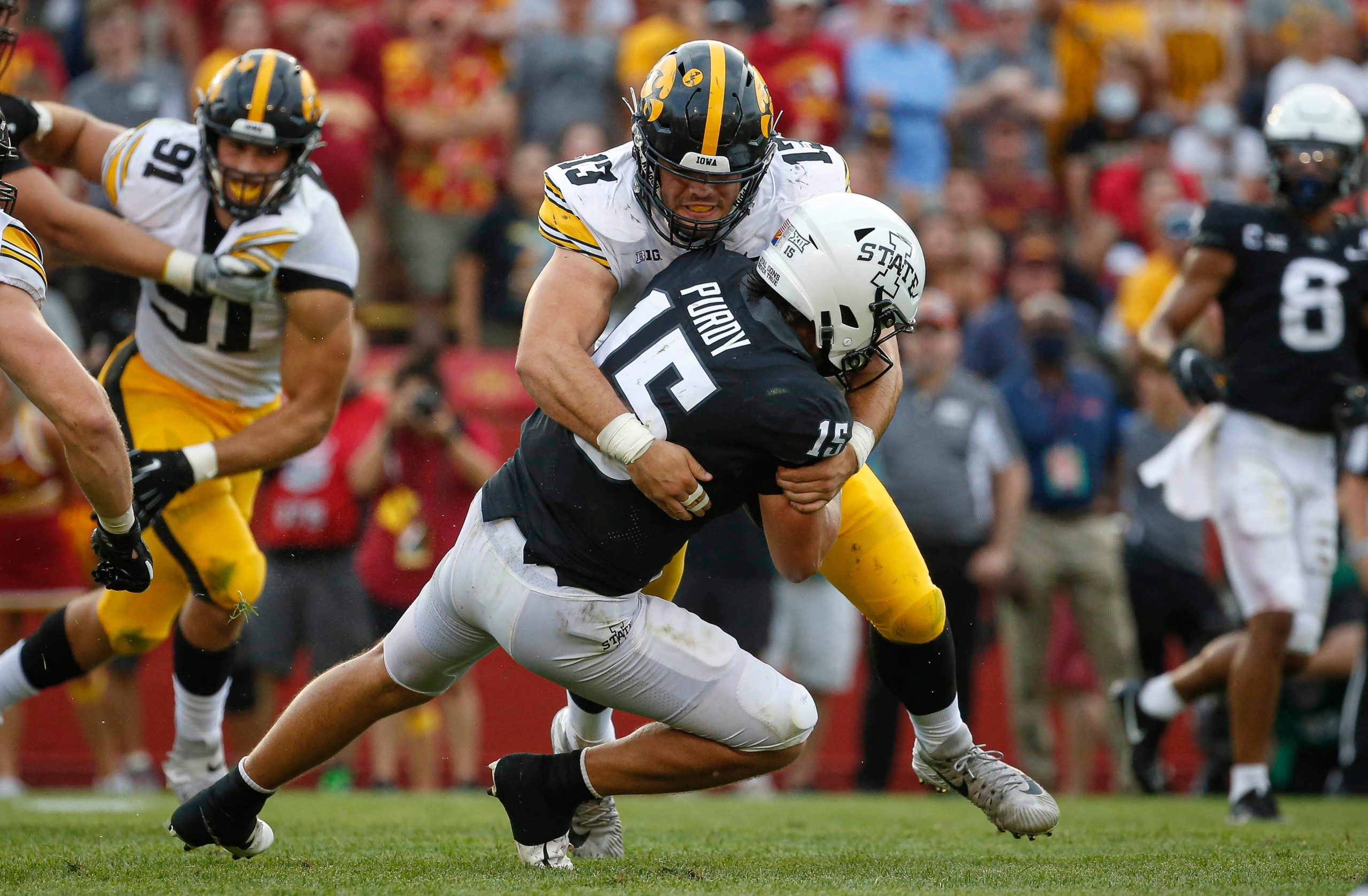 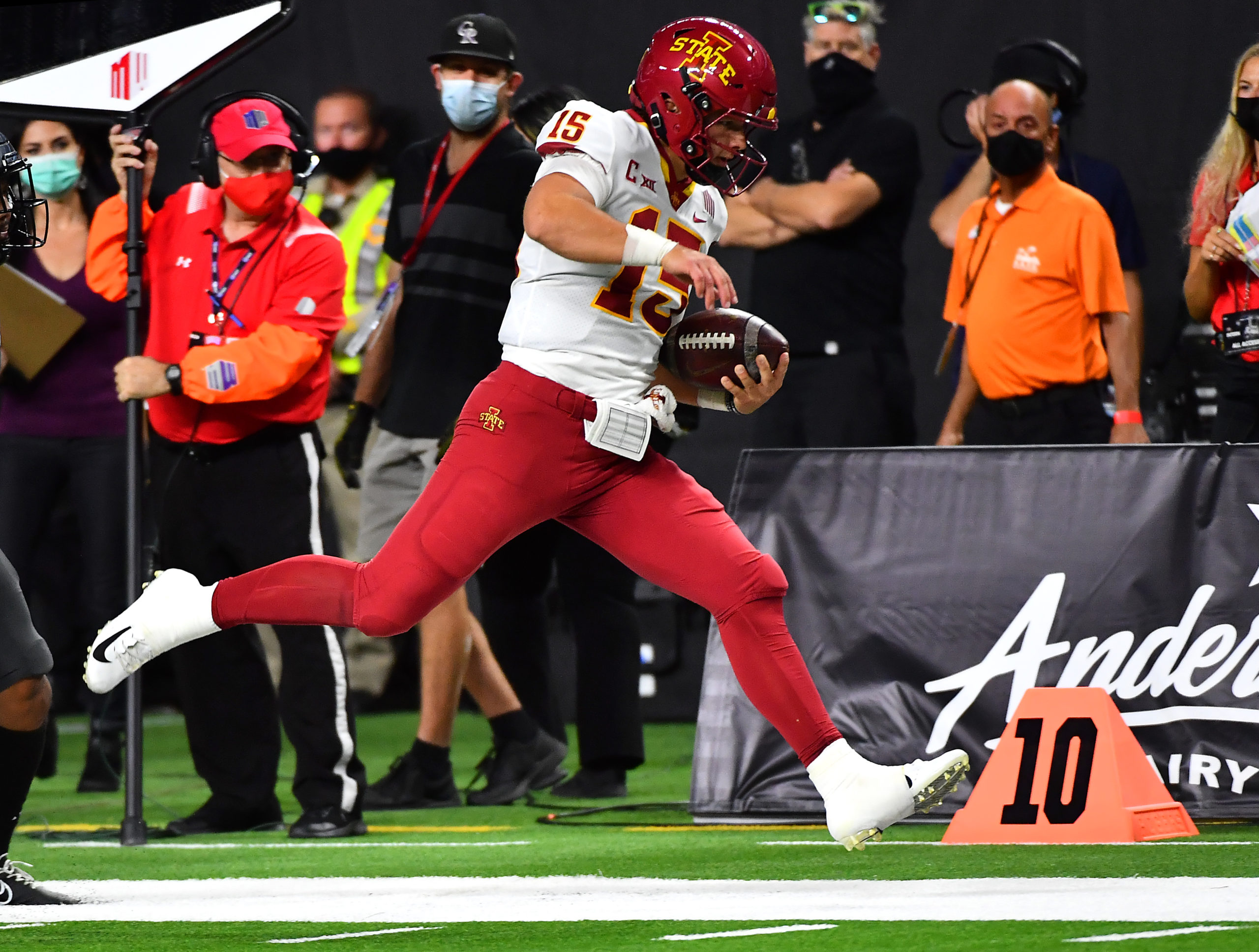 STANZ: Cyclones find fun on the football field again in win over UNLV