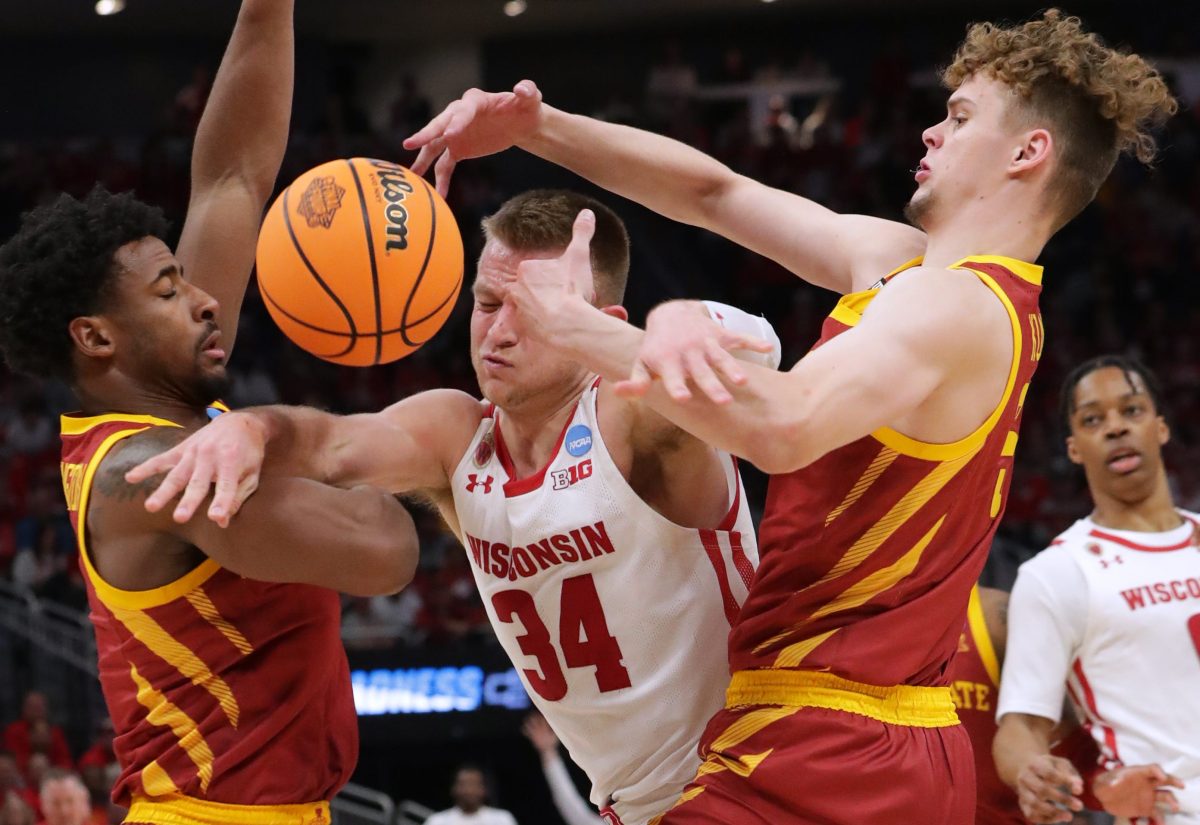 CHICAGO — Another game, another team that does not turn the ball over.

That’s the tallest task Iowa State will face on Friday when the Cyclones square-off with 10-seed Miami in the Sweet 16 at the United Center in Chicago.

Iowa State hasn’t had much trouble forcing turnovers this season, entering Friday’s contest ranked No. 4 nationally in defensive turnover percentage. Less than a week ago, the Cyclones forced a Wisconsin team that went into the game ranked in the top-5 of offensive turnover percentage into 17 turnovers, more than double the Badgers’ season average.

The Hurricanes fit a similar profile to Wisconsin, ranking No. 6 nationally in offensive turnover percentage.

It will be strength vs. strength and Iowa State is ready for the challenge — again.

“Well, for us getting our defense set, having that ball pressure, so they’re playing at a speed faster than what they’re used to playing,” Iowa State head coach T.J. Otzelberger said when asked about the key to forcing a team that doesn’t turn the ball over into mistakes. “Making sure that when they do drive the ball, that we’re tight on our rotations. We want have active hands, try to get some deflections, get steals on the back end. Then we do a great job communicating to rotate to get to the next closeout.”

Miami isn’t unlike teams Iowa State has seen previously this season in this sense. The aforementioned Badgers are one of those squads the Cyclones saw during their journey to this point, but Iowa was another.

The Hawkeyes finished their season No. 2 nationally in offensive turnover percentage but turned the ball over 11 times against Iowa State’s defensive pressure back in December.

The Cyclones have been here before with the task of forcing a team that doesn’t give the ball up easily to do just that.

“I think that’s been our identity since day one,” senior forward Aljaz Kunc said. “As we all can see, we’re not the best offensive team, but I feel like when we play good defense that kind of translates into our offense. That’s when we’re really good. It always starts on defense. We put a lot of emphasis on defense in practice. We do rotations. We do on-ball defense, play one on one and stuff like that. When we do face a team that might not necessarily turn it over. We can turn them over, and run the ball on the offensive end.”

Notably, this Miami team has not played a single game against any of the teams that rank in the top-20 nationally in opposing turnover percentage. They’ve played only three against the top-50, going 0-3 in those match-ups this season.

For the sake of comparison, Iowa State has played 12 games against those top-20 teams in opponent turnover percentage.

“First of all, I think everybody in the country knows Iowa State plays a very stingy defense, forces a lot of turnovers, and has had so much success in doing that,” Miami head coach Jim Larrañaga said. “That’s why they’re here in Chicago, in the Sweet 16.”

Will Iowa State be able to turn Miami over on the biggest stage either team has played on this season?

Only time will tell.

But, rest assured, the Cyclones are up to the challenge. They’ve faced similar ones before.

“I think we take that as a challenge just because we pride ourselves on the defensive end,” Iowa State guard Caleb Grill said. “We want to be known as one of the better defensive teams. Now that we’re outside the Big 12, teams don’t really know us as much, but, for their advantage, too, they don’t know us, as well, either. Just gives us another chance to show our defense to another team in the country.” 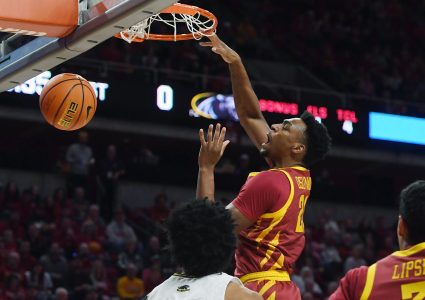 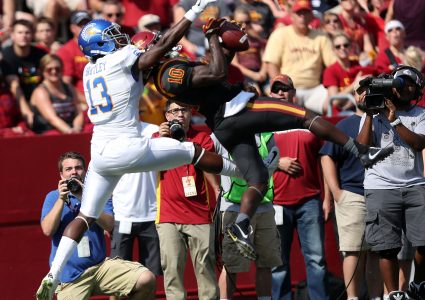