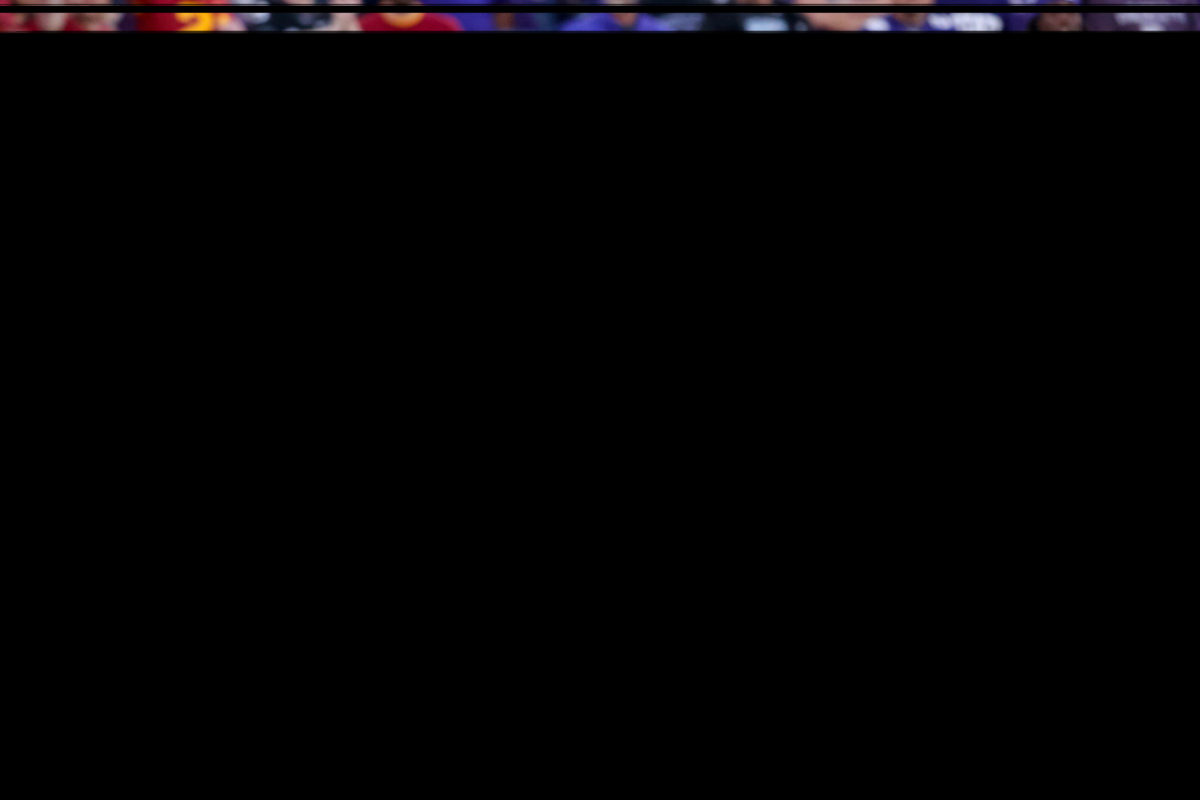 MANHATTAN, Kan. — Breece Hall heard the roaring crowd — and then he didn’t.

The roar reached its peak as Iowa State lined up for its first offensive play on Saturday against Kansas State. The Cyclones had won the coin toss and took the football for the first time during Matt Campbell‘s tenure.

He wanted to seize the momentum and quiet a sold-out crowd of 48,363 at Bill Snyder Family Stadium. Hall took note of the crowd’s noise level as he lined up to the left of Brock Purdy at Iowa State’s 25-yard line.

It was loud. Really loud — then, as Hall took the football and bolted to his right, it wasn’t.

He took note of the sound, or lack thereof, 75 yards, six points and less than 10 seconds later. The crowd had gone silent as Hall scampered down the west sideline and into the south endzone.

Consider the momentum seized. It would rarely be relinquished again as Iowa State rolled past Kansas State 33-20 for its first win in Manhattan since a few weeks after George W. Bush was elected for the second time.

“I knew it was going to be a big run because the crowd was really loud when we got out on the field then they just got quiet suddenly,” Hall said. “Once I burst through the hole, I knew I was going to score a touchdown.”

Hall would score once more in what will go down as one of his signature performances as a Cyclone. In this virtuoso effort, he tallied a career-high 197 yards on 30 carries to go with those two touchdown runs.

This one meant a little extra to the junior from Wichita. He had numerous family members, friends and former coaches in the stands. With his NFL dreams expected to be realized sooner rather than later, it could be the last time he’ll play football in his home state.

“This game meant a little more to me just knowing it could be my last time playing at home in college in an ISU jersey,” Hall said. “It just felt good to come back home and know I have a bunch of love and support. Just being able to see some of my friends from high school in the stands, seeing my family, former coaches, former teammates, stuff like that. Coming into this game, everybody knew how much it meant to me. I’m just happy with the outcome.”

This performance pushed Hall’s collegiate career numbers in his home state to 441 yards and five touchdowns on 69 carries. The Cyclones are now 2-1 in those games with the only blemish coming two years ago in this same stadium.

In that game, Iowa State was behind the eight-ball from the opening kick after Josh Youngblood returned it for a touchdown. Campbell didn’t want to see that happen again.

Luckily for the head coach, this one meant a little extra for the young man who wears the Cardinal and Gold No. 28.

“This is such a great place to play college football, to be really honest with you,” Campbell said. “The respect for the fanbase and the momentum and the energy of this place, I thought maybe the one thing that could swing it for us was if we could put together a positive drive on the first drive of the game. At the very least, swing the field position to our advantage. Obviously, great play by Breece.”

Hall’s statline is the one that will jump off the page and for good reason. Going 75 yards to the house on the first play helps that, but he was far from alone in standing out on this night.

Purdy was magnificent, completing 22-of-25 passes for 208 yards and a touchdown. Kansas City native Jaylin Noel stood out, as well, tallying career-highs with five receptions for 48 yards.

Charlie Kolar caught four passes for 41 yards, helping the Cyclones convert on several crucial third-down opportunities. They were able to take advantage of those chances with regularity, converting 9-of-15 on the night.

Oh, and back to the guy we led this with, Hall stood out in the passing game in his own way, catching five passes for 35 yards.

In a place Iowa State dominance can never be expected, it was exactly the kind of performance you’d expect to see from a Cyclone football team in the month of October.

Brocktober has drawn a majority of the headlines as Iowa State has compiled a 15-2 record in the calendar’s 10th month since 2017, but there’s something else this month brings every year that lands on its final day.

“We kind of expected just to come out and play Iowa State football (in a win over Kansas two weeks ago), but to come in here versus an acceptable opponent the way we did, it felt good,” Hall said. “It’s going to be a really good confidence booster for our guys.”

Confidence will be needed in spades for the Cyclones to navigate their upcoming slate, starting next week in a date with undefeated Oklahoma State, which came from behind to beat Texas on Saturday and the program that has been at the winning end of each of Iowa State’s October losses since 2017.

This game felt like an announcement. The Cyclones are sliding back into form and ready to reenter the thick of the Big 12 title race. It all started with a 75-yard race down the sidelines to quiet the crowd in Manhattan.

It ended with Hall acknowledging the importance of this one to him. As he left the field, he found a kid in the stands and gave the youngster his gloves. It was a gesture he would have liked to be on the receiving end of as a kid and an opportunity to give someone else a memory that will last a lifetime.

“I just do that because I didn’t have a lot of that growing up. I didn’t have a lot of positive role models and stuff like that. Growing up, I had to find a way and stay the course myself and kind of just rely on myself,” Hall said. “For me, just being able to make a little kid’s day and give back to a kid and see the smile on their face, that’s what I do it for.”

Of course, he does it to give something. Hall-oween is coming up after all. 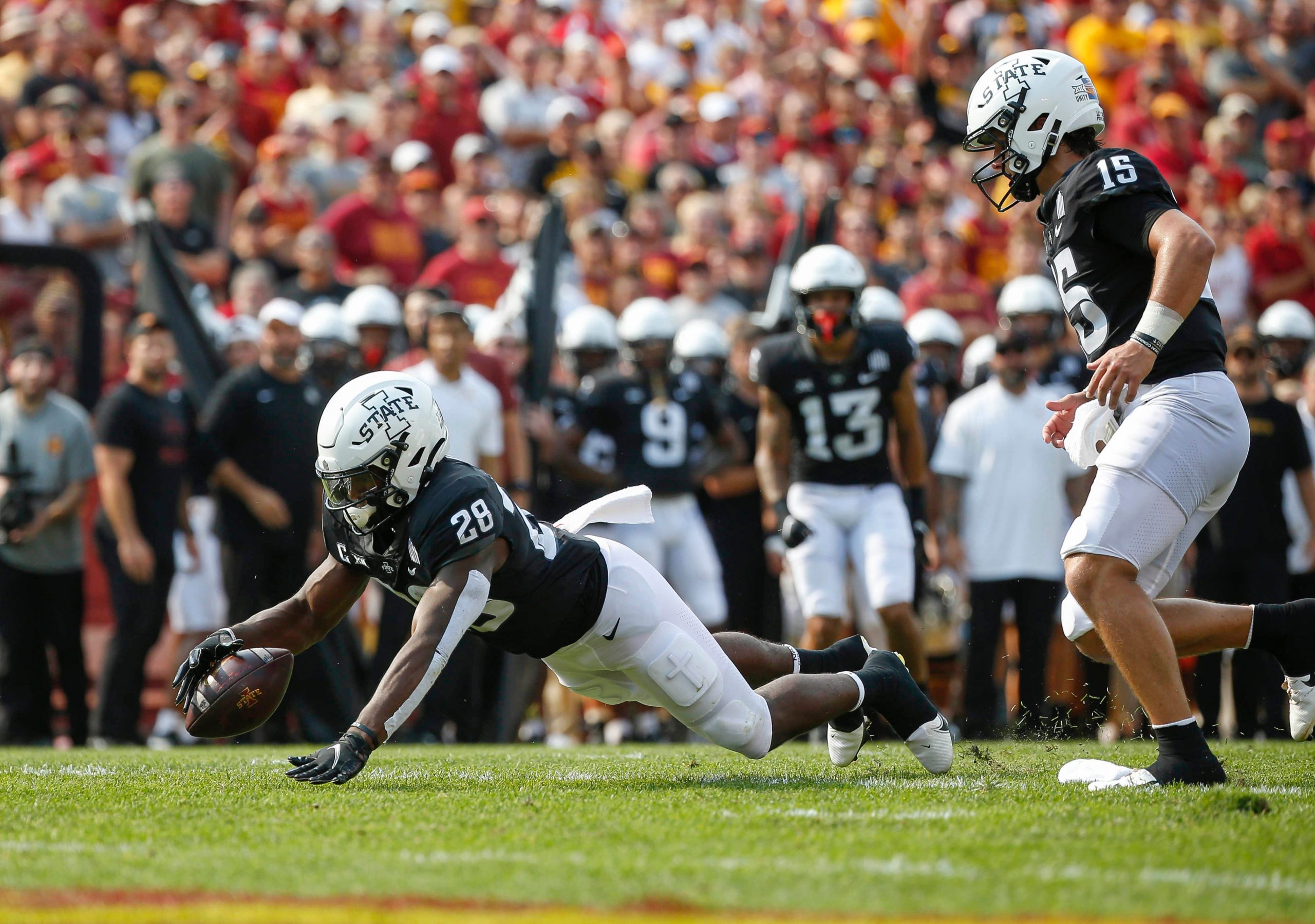