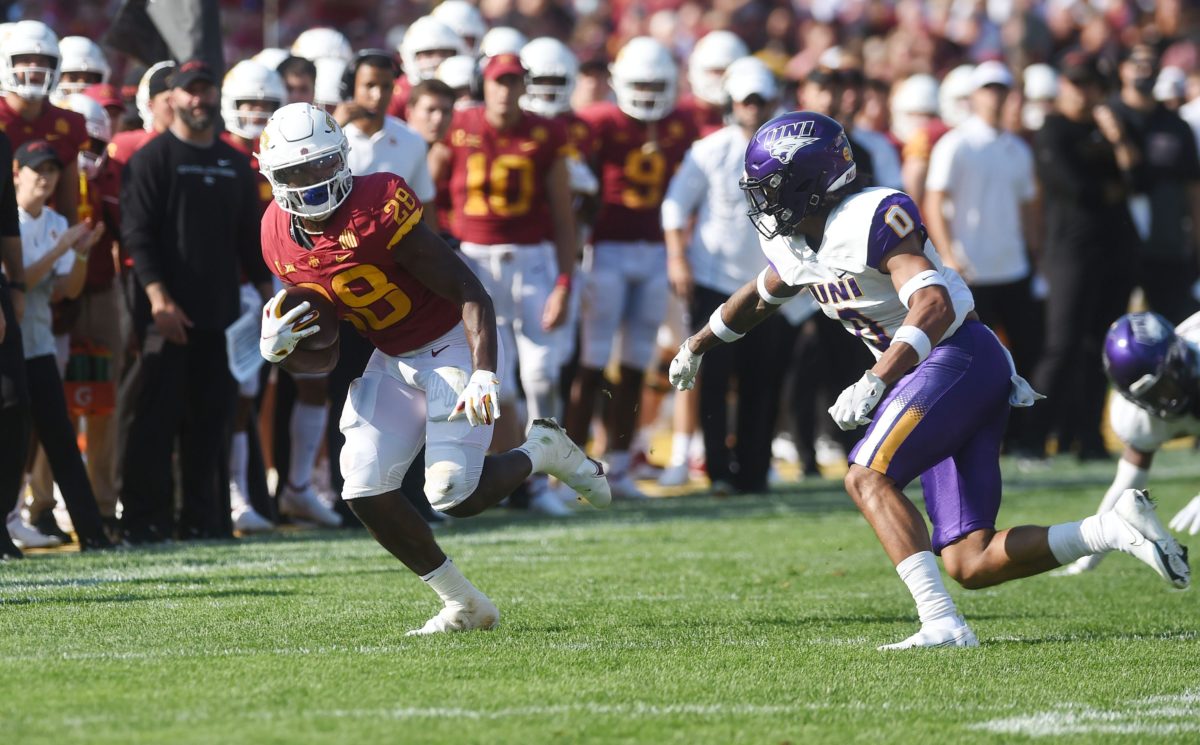 At least that’s what they say.

No. 7 Iowa State won a football game on Saturday, 16-10, over the always tough Northern Iowa Panthers. Nothing about it was pretty and few things throughout the day felt like they did during the Cyclones’ magical run through 2020, which is somewhat of a positive and a negative.

That’s what matters in the end… even if nobody feels great about it now.

“We didn’t feel like we did what we could have done,” said Iowa State’s star tailback Breece Hall, who rushed for a team-high 69 yards and a touchdown on 23 carries. “But, it felt good to get out of there with a win today.”

While Iowa State was never able to take control of this game in the way they did during a handful of their wins against lesser opponents last season, it still never felt like the Cyclones were that close to letting the game actually slip away.

The credit for that can be largely handed to a Cyclone defense that allowed 275 yards of total offense with a mere 45 of those yards coming from the UNI rushing attack.

Take out the two chunk plays that led to UNI’s only touchdown, a 37-yard pass Panther quarterback Will McElvain threw while falling down after breaking out of a Will McDonald sack attempt on third down and a 52-yard touchdown strike on a slant two plays later, and UNI posted just 186 yards of total offense for an average of 3.2 yards per play.

No matter how you slice this one, Iowa State’s defense won the game and played more or less to the level everyone should have expected with the number of returning contributors from last year’s team still on the roster.

While the offense may have lagged behind on Saturday, wide receiver Xavier Hutchinson put how every Cyclone fan should feel about this defense into words perfectly.

“You know how Iowa gets really cold in the winter and you get a weighted blanket and you put it on yourself and you feel really warm,” Hutchinson, who had seven catches for 88 yards, said. “That’s how it feels with our defense. It feels really good.”

Surely the most frustrating part of this game for most people was Iowa State’s inability to impose its will on the Northern Iowa defense. Even though the Panthers will likely have one of the best defensive units in the FCS this season, this game felt like an opportunity for the Cyclone offense to make a statement, especially up front in the trenches.

That really never happened, though.

Iowa State rushed for 136 yards and averaged four yards per carry. Hall never seemed to have the space required to bust one of the big runs that pushed him into the Heisman race last season and allowed him to be considered one of the best running backs in college football.

Quarterback Brock Purdy was one of the few bright spots for the Cyclones’ offense as he completed 21-of-26 passes for 197 yards. The passing attack showed some downfield push with Purdy connecting on long balls to Hutchinson and Tarique Milton.

The biggest things that held Iowa State back in this game were failures to execute consistently enough to put UNI away by a comfortable margin.

There’s the fumble (which might have been in incompletion, but whatever) that stalled the first drive. There were the back-to-back penalties after the long pass to Milton that forced the Cyclones out of UNI territory and into first and very long. There was the moment when freshman receiver Jaylin Noel seemed to pick up a third down conversion in the second half but the ball was popped out of his hands, backwards and out of bounds, eliminating those yards gained.

All of those are little mistakes that can be cleaned up and they’re not little things that take months, but can be cleaned up in a week with more emphasis put on ball security and the details that can make up the margin of victory against teams like UNI that rarely ever shoot themselves in the foot.

“A couple offensive possessions, you’re talking just a couple areas where you’re a hair off,” Campbell said. “All things that, to be really honest with you, I think you expect in a first game. (UNI’s) a team that really believes and they’re not going to beat themselves. They certainly didn’t do that (on Saturday).”

Iowa State’s prize for beating one team that rarely beats itself is a date with another in next week’s much-anticipated Cy-Hawk rivalry matchup against the No. 17 Iowa Hawkeyes.

Kirk Ferentz’s team will surely be riding high this week after their 34-6 trouncing of No. 18 Indiana at Kinnick Stadium. The Hawkeyes had a 14-0 lead in the game before the average Iowan could polish off a six-pack of Busch Light, which, in case you didn’t know, is really fast.

Iowa’s ability to avoid beating themselves is what has made the program so great during Ferentz’s tenure. It has been the difference during most of the Hawkeyes’ five-straight wins over the Cyclones.

Iowa State, on the other hand, has done too much to hurt themselves in those games. This game against UNI mirrored some of those losses to Iowa in some sense with the only difference being the Cyclones walking away with a win anyway.

A game like the one Iowa State played on Saturday should force this team to refocus on the things that allowed them to be great during 2020. They ran the ball, they stopped the run and they rarely did things to shoot themselves in the foot.

They fully accomplished one of those three objectives in Saturday’s win.

“We were happy that we won the game, but we all knew that we could have done a little bit better,” Hall said. “We didn’t play perfect. We feel like we didn’t play Iowa State football for the four quarters today.”

Finding a way to play the Iowa State football Hall is referring to will be of the utmost importance in the next seven days. A full four quarters of that brand of football will likely be the difference between winning and losing.

The amount they were able to put on the field on Saturday was enough to come out on top, though, and it is tough to be too incredibly upset about that. 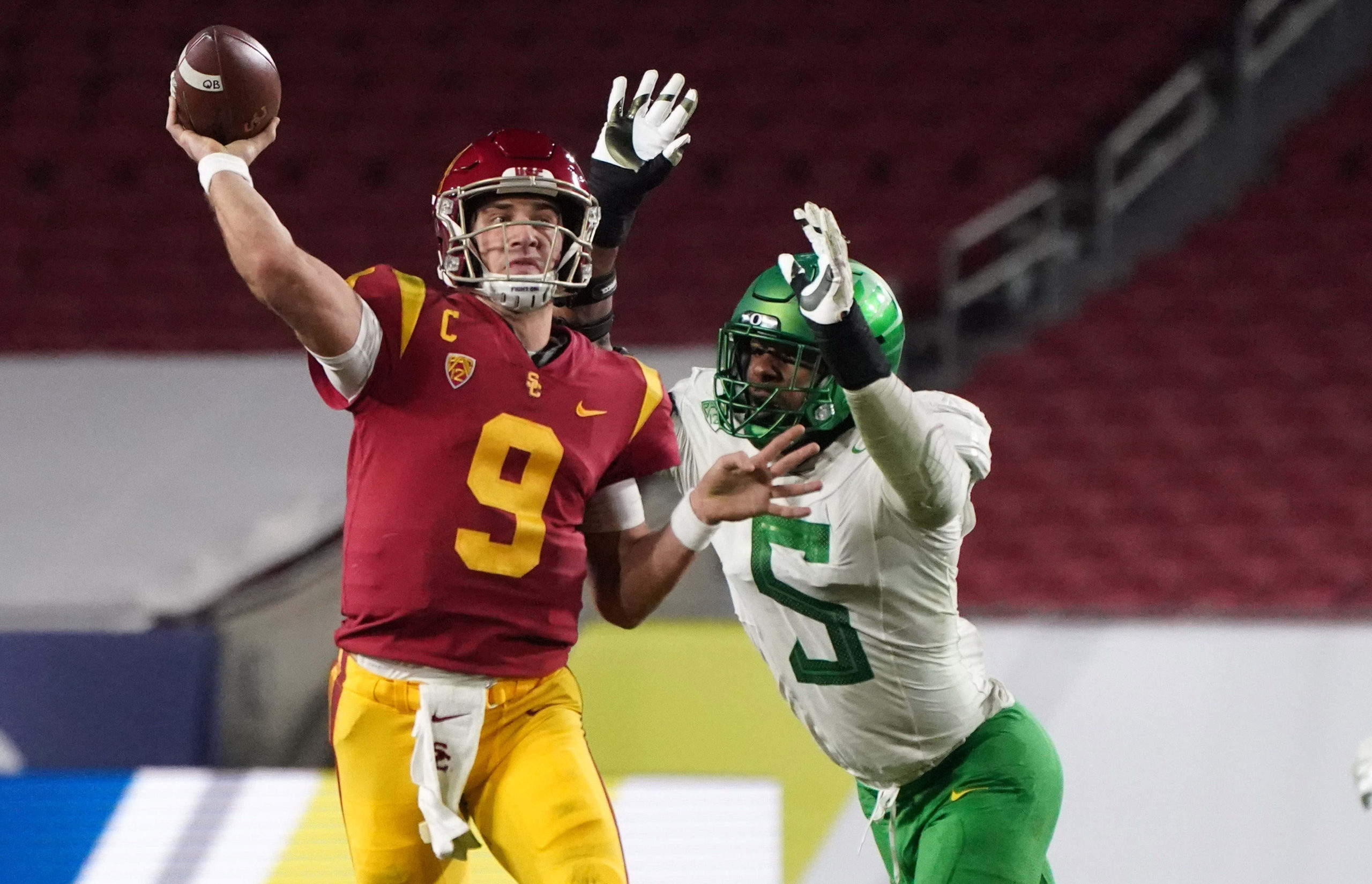