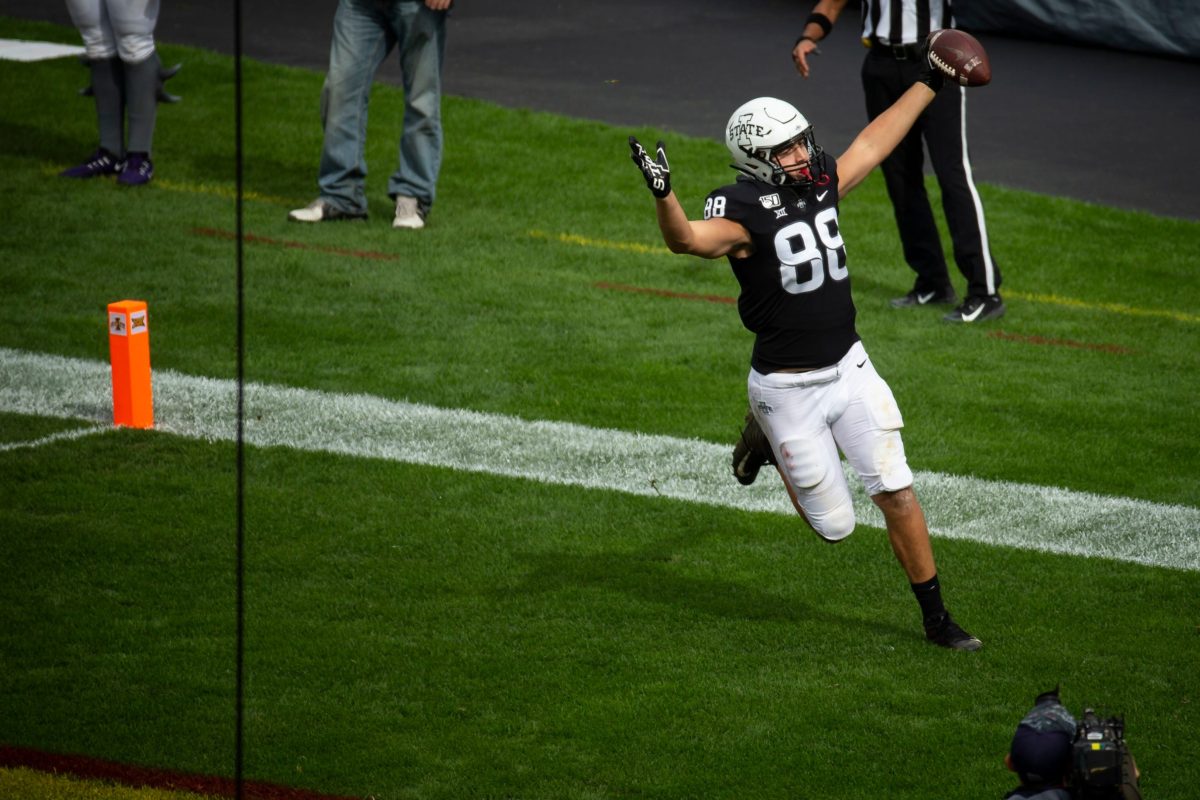 Iowa State tight end Charlie Kolar (R-So.) (88) reacts after catching a touchdown pass during their football game at Jack Trice Stadium on Saturday, Oct. 5, 2019 in Ames. After a two hour rain delay, Iowa State would take a 21-03 lead over TCU into halftime.

I’m sure this isn’t going to get anybody fired up before Saturday’s 3:30 p.m. kickoff at Jack Trice Stadium. Iowa State has worn this combination only once before in a 49-24 win over TCU in 2019. 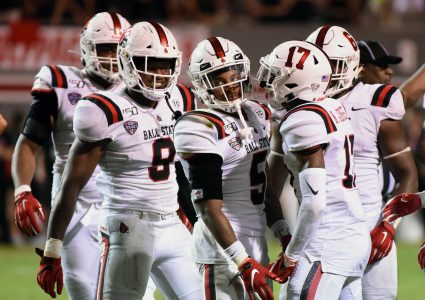 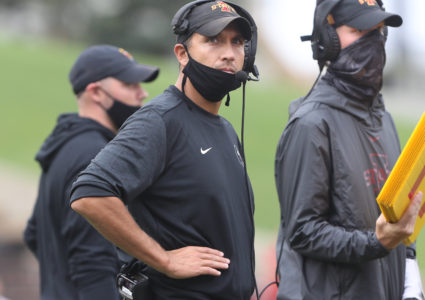