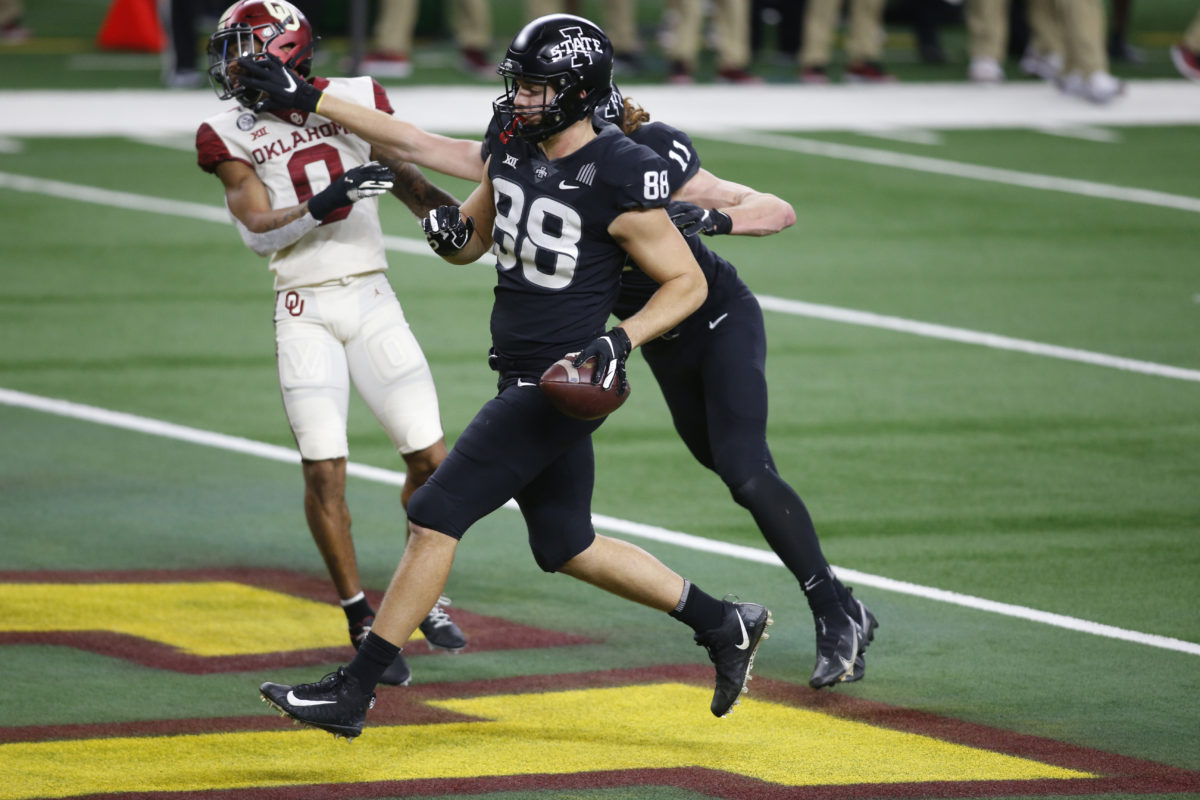 A trio of Cyclones picked up another preseason honor on Monday.

Running back Breece Hall, tight end Charlie Kolar and linebacker Mike Rose were each named preseason All-Americans by Pro Football Focus. Kolar was named to the first-team while Hall was a third-team selection and Rose was named honorable mention.

Kolar, a native of Norman, Okla., enters his senior season regarded as one of the best tight ends in all of college football. The two-time AP All-American led all Big 12 tight ends with 44 receptions, 591 receiving yards and seven receiving touchdowns last season. All three of those marks ranked in the top-five nationally for tight ends.

Hall, the first unanimous All-American in the history of Iowa State football, led the nation in rushing last season with 1,572 yards on the ground while his 21 rushing touchdowns was the second-most nationally. The junior from Wichita, and reigning Big 12 Offensive Player of the Year, finished sixth in Heisman Trophy voting after breaking or tying five school records in 2020.

Rose, the Big 12’s Defensive Player of the Year in 2020, recorded 96 tackles last season to lead the league. The Brecksville, Ohio native’s five interceptions also led the Big 12 and finished the season as the third-most nationally.