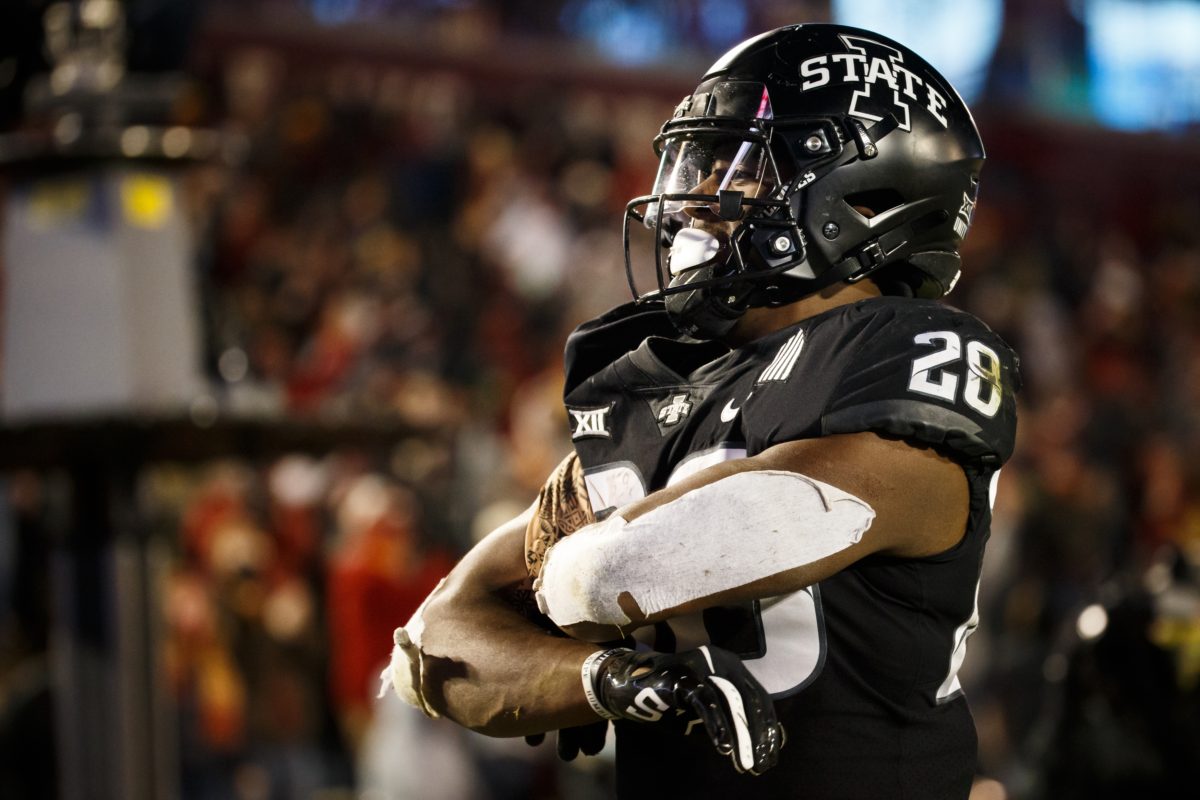 That news came on Wednesday when Iowa State’s Breece Hall was atop 247’s Brad Crawford’s list of the projected top-25 running backs in the sport for the 2021 season.

“Coming off a mesmerizing 23-touchdown sophomore season, Breece Hall is poised to win the Doak Walker Award this fall as one of the leaders within a veteran-laden offense for the Cyclones,” Crawford wrote. “The top draft prospect at the position depending on who you ask, Hall doesn’t have a weakness in his game and is Iowa State’s first-ever unanimous All-American in program history.”

Crawford’s rankings were based on numerous factors, including previous performance, what’s returning around them and how the backs are viewed in NFL circles.

He obviously knocks each of those metrics out of the park.

Hall was the nation’s leading rusher in 2020 with 1,572 yards while scoring 21 touchdowns on the ground and two more on receptions. Those statistics earned him unanimous Big 12 Offensive Player of the Year honors and sixth-place in Heisman Trophy voting in addition to being the school’s first unanimous All-American.

As for returning players around him, few teams in college football can match the Cyclones’ returning offensive production. There’s the electrifying fourth-year starting quarterback in Brock Purdy. The All-American tight end Charlie Kolar and reigning Big 12 Offensive Newcomer of the Year wide receiver Xavier Hutchinson are back.

Those are just the headliners.

Wide receiver Tarique Milton will be back at full-strength after battling injuries for most of last season. All-Big 12 selection Chase Allen and Kolar guarantee the program will have one of the best tight end rooms in the country once again.

There’s also the seven offensive linemen who return with substantial starting experience, including All-Big 12 caliber guard Trevor Downing, who is considered the best of the bunch despite going down with a season-ending injury just a few drives into the year’s first game.

When it comes to future NFL stock, Hall’s is sky-high with him being widely considered the top running back in the 2022 class and even listed as high as No. 5 in CBS Sports’ initial rankings of the entire class.

All of these things come together to make Hall the odds on favorite to become Iowa State’s first Doak Walker Award winner, one of the leading preseason candidates for the Heisman Trophy and then potentially become the program’s first first-round draft pick since George Amundson in 1973.

These things all come together to make it clear who should be considered the nation’s best running back entering the 2021 college football season.

But, of course, those of us in Cyclone country already knew that.