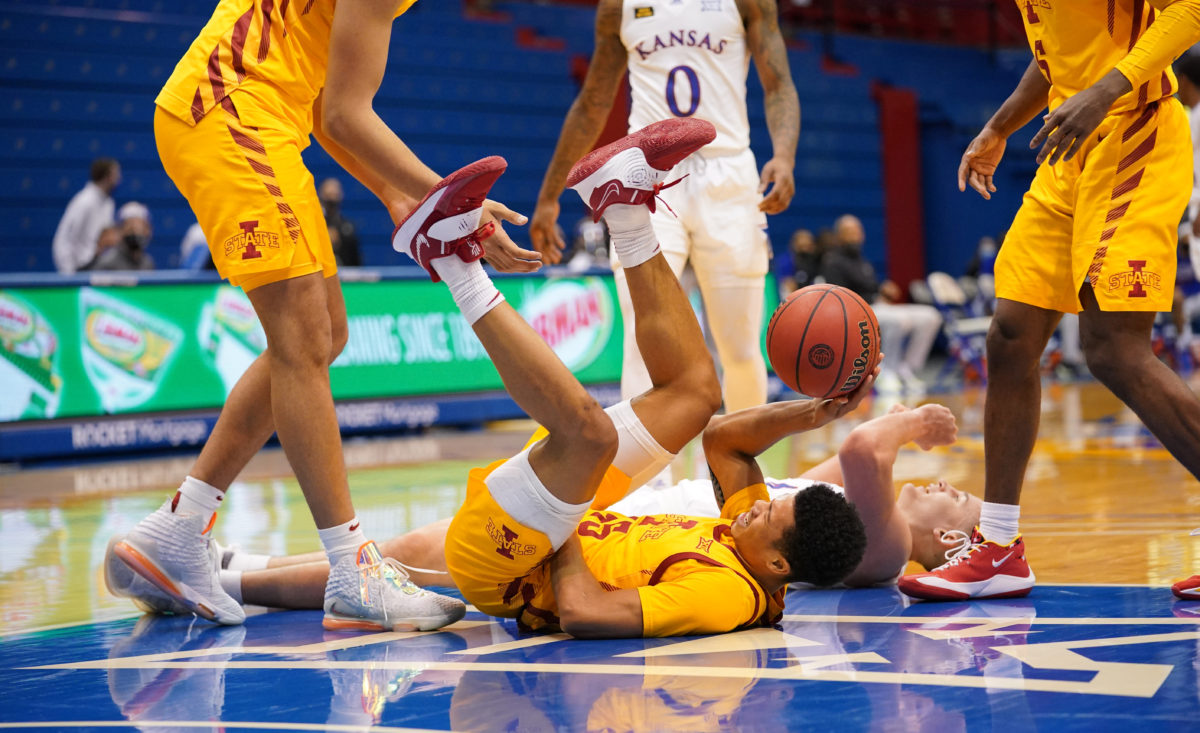 There is no questioning the effort the Iowa State men’s basketball team played with on Saturday in a 64-50 loss to Kansas at Hilton Coliseum.

A lack of effort and energy were the two biggest areas of concern coming out of a 33-point loss to the same team less than 48 hours prior. The team responded with perhaps its best defensive performance of the season (and definitely its best defensive half holding the Jayhawks to 24 points before halftime).

Nope, energy and effort were not the issues here in this game, but there are plenty of other problems still left to solve.

The easy place to start would be the Cyclones posting what I’ve deemed the anti-Monte Morris line of seven assists-to-23 turnovers. That’s a 3.23 turnover-to-assist ratio for those keeping track at home.

This was Iowa State’s sixth game with 20+ turnovers in the last 10 seasons. Three of those six have come during this year.

What’s the answer to solving those problems? At this point, that question seems unanswerable.

It is one step forward in one area, two steps back in another.

This is the cycle we now find ourselves in with Steve Prohm’s team sitting at 0-11 in Big 12 play for the first time in program history and only five chances to avoid an oh-for conference record for the season left on the schedule.

Oh, and by the way, four of those five come against teams projected to make the NCAA Tournament next month.

“I don’t think you can evaluate on (wins and losses),” Prohm said after the game. “I think you’ve just got to evaluate on can we compete like this, because I don’t think anybody can question the way competed for basically the whole night. I know we got beat to some 50-50 balls at times in the second half and it got away from us a little bit at the end, but especially in the first 20 minutes, we were terrific defensively.”

But, remember, one step forward, two steps back.

Iowa State and Kansas were tied at 24 at the break.

Terrific defensively, horrendous offensively with 15 of their 23 turnovers during those first 20 minutes.

“I thought we played with a lot of pride and a lot of grit in that first half,” Prohm said. “That first 20 minutes, I thought we competed the right way. Really, really got into them and made them uncomfortable. I was proud of that. Offensively, too many tough decisions. We made too many poor decisions to where we weren’t really able to extend the lead, but still a lot of good things, a lot of positives from the day, especially on the defensive end.”

Reiterating a previous point, there is no questioning the way Iowa State competed in this game. The Cyclones played hard from beginning to end and that was a contrast from what we all saw Thursday night down in Lawrence.

But, if just simply being able to say you competed hard is the bar, then the bar is on the freaking ground.

This is high-major Division I college basketball. This is not intramural hoops at the Lied Rec Center. This is not third-grade girls basketball where just learning the rules of the game and playing hard lead to treats and pats on the back postgame.

This is the Big 12 — perhaps the best basketball league in the country.

No matter how you spin it, simply competing is not enough. You have to do more than that in order to win games and keep jobs.

Right or wrong, agree or disagree, college basketball is a wins and losses business. This is not a simply competing the right way business.

“Our character is really good so we’ve just got to talk about it. We talked about it,” Prohm said. “We emphasized that after the game. I think it’s really important to understand we’ve got a full roster going to Oklahoma State on Tuesday. I think that’s huge. We’ve just got to stay committed to it. I think that’s the hardest part with this group. I mean you could name 100 different things but just challenging them to compete. At the end of the day, if we do that, I can live with the results. I can live with the results today.”

Prohm may be able to live with that today and that’s okay. Nobody is going to question the way his team competed in this game against the Jayhawks.

But, in this business, simply showing up to compete is the bare minimum standard. At a place like Iowa State, a program that got awfully used to success on the national scale and competing for championships over the last decade, simply competing is putting the bar on the ground.

Iowa State answered the question of whether or not they’re going to put in the energy and effort needed to compete during the program’s last five regular season games on Saturday.

The hardest and most important questions still remain unanswered. 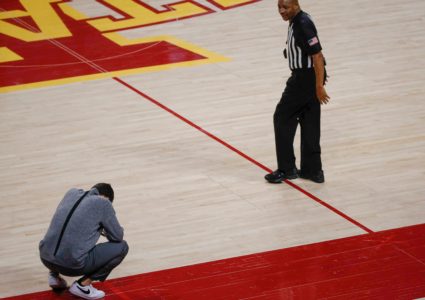 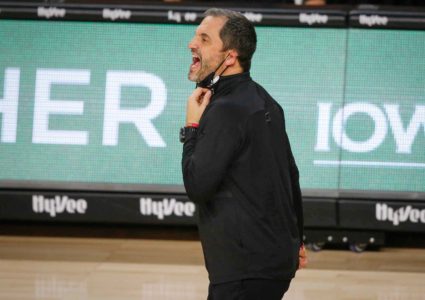