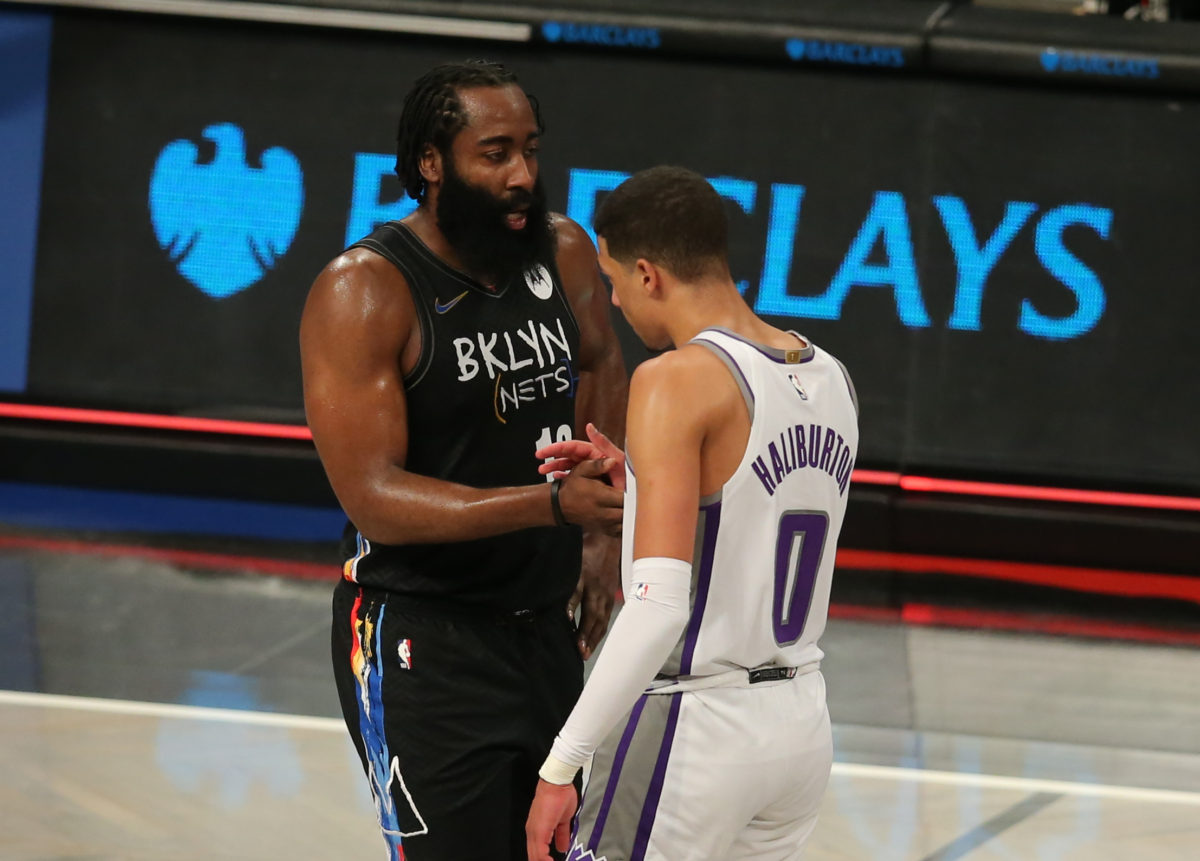 One of the coolest parts of this basketball season has been seeing how quickly Tyrese Haliburton has solidified himself as one of the NBA’s budding stars.

I mean, this kid from Oshkosh, Wis. went from being an overlooked three-star recruit to a breakout sensation as a freshman at Iowa State, a first-team All-Big 12 type player as a sophomore and then a lottery pick so him having quick success isn’t surprise, but I think he’s exceeded even those of us who have watched him the closest’s biggest expectations.

Last night in the Kings’ 127-118 loss to the Brooklyn Nets, Haliburton scored 23 points, dished nine assists (to one turnover), grabbed five rebounds, snagged three steals and blocked a shot while connecting on four of his nine 3-point attempts.

That’s an impressive stat line, especially for a rookie. It is further validation for Haliburton’s longtime supporters and the people who have been tooting his horn for the last three years.

It also is an impressive enough stat line to catch the eyes of two of the game’s greatest players — Brooklyn’s James Harden and Kyrie Irving.

How freaking cool is that? That’s game recognize game right there. I can’t even imagine how thrilled Tyrese was to get props from those guys even if they are supposed to be competitors during the game’s 48 minutes.

This is what he had to say after the game…

“(They are) just two guys that are two of the best players to ever play this game,” Tyrese told reporters. “To approach me and have that conversation with me, obviously, they see something, right? They don’t just talk to everybody. It means a lot to me. Kyrie has been one of my favorite players growing up. I got all of his shoes. I’m not going to wear them against him but I got them all. Those are just two guys that I’ve kinda looked up to my whole life so to get that, I can’t really describe it into words but (it) gave me confidence that I really belong.”

Tyrese had absolutely already proven he belonged at that level considering he’s averaging 13.1 points, 5.4 assists and 3.6 rebounds during the first 29 games of his career, but Tuesday night’s events just go to show how good other players in the league think Tyrese is/can be in the future.