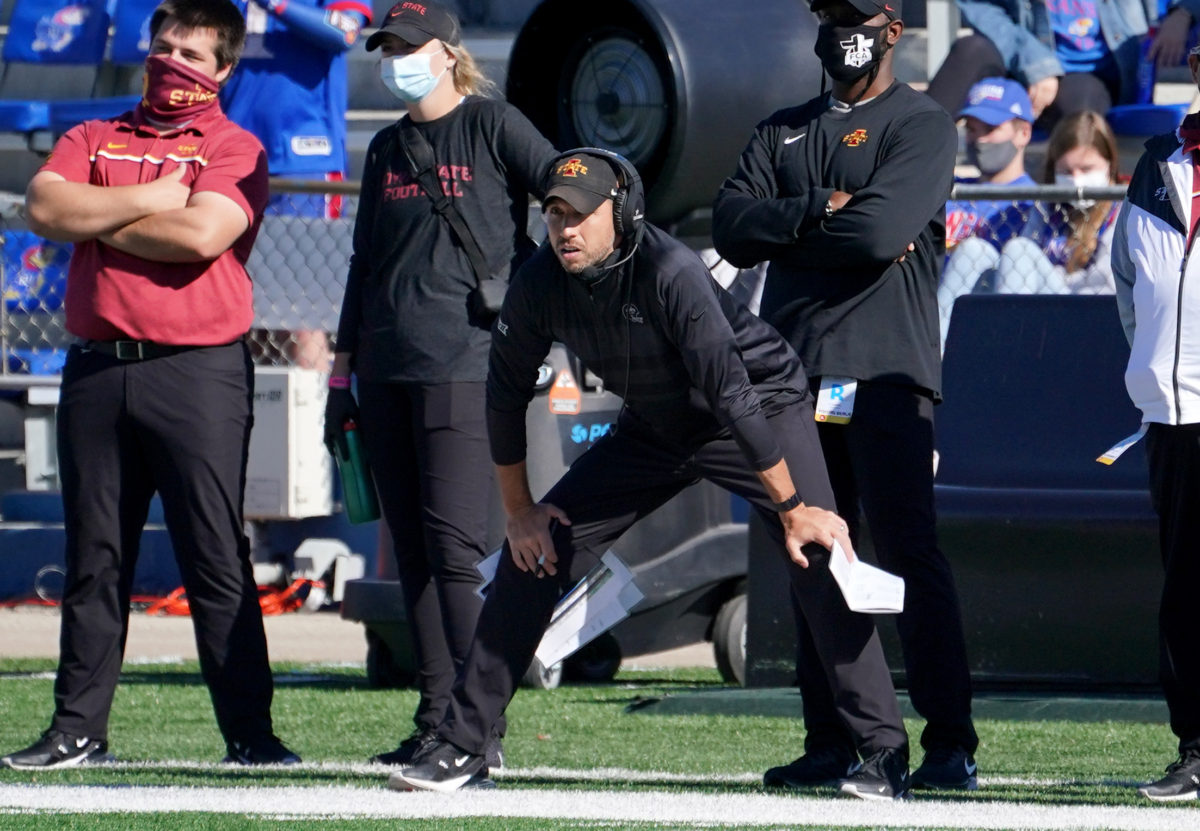 Few cared outside of MAC territory or parts of the Greater Miami area.

“That was a classic,” said Cristobal, whose No. 25 Ducks will face Campbell’s No. 10 Cyclones in the Jan. 2 Fiesta Bowl in Glendale, Ariz.

Cristobal and Campbell both spoke during a Fiesta Bowl-sponsored conference call with the media early Sunday evening.

And perhaps the most interesting, if superficially trivial, tidbit to come out of the 30-minute by-the-numbers news conference — besides the uniqueness of the matchup — is that 10-year old memory that demonstrates how far both coaches have come.

“I’ve got the utmost respect for Coach Cristobal,” said Campbell, who was the Rockets’ offensive coordinator in that 34-32 loss at Ford Field that hinged on a last-second Panthers field goal. “What he’s about, how he leads a program, and then obviously the tradition and history of Oregon football. I think when you say ‘Oregon football’ I think everybody has an immediate respect factor for who they are and what they’re about. I think we’ll get a lot farther into it obviously as the week goes, but I think just the instantaneous credibility both from the head coach standpoint and from a program standpoint, very impressed.”

Back in 2010, Cristobal was in his fourth year leading the fledgling FIU program. The Panthers, which didn’t start playing football until 2002 at the FCS level, were playing in their first bowl game.

Campbell — who one year from that game, would become Toledo’s head coach when Tim Beckman left for Illinois — led an explosive Rockets offense that raced to a 21-7 halftime lead before FIU came roaring back.

Cristobal was 40-years-old. Campbell was 31. Both were then-rising stars who have now established themselves as among the best and brightest head coaches in the country.

“I remember it was the first bowl game in the history of FIU,” said Cristobal, who led Oregon to a Rose Bowl win and No. 5 national ranking last season. “Little Caesars Bowl. ‘Hot-N-Ready.’ That’s what I remember. (Those) were the chants going on all the time and I ate more pizza — I felt like a Ninja Turtle by the end of the week. But it was a very competitive game. We had so much respect for them. They were so explosive on offense. They were lighting it up and it came down to a 4th and 17 that we had to convert. … A 4th and 17 hook and ladder and a field goal as time ran out.

“But when you fast forward and you look at coach Campbell and his career, there’s a bunch of things that really stand out. The deeper dive you take into it, the more respect for the level of culture and the standards that are (held) to with their program. Just the constant commitment to physicality, execution — a lot of the principles that we implement in our program, as well. I remember a lot from back then. Certainly, I’ve watched as much as I can up until now, up until this press conference, but just a tremendous amount of respect for what they are, what they represent and looking forward to a tremendous challenge.”

The Campbell-Cristobal connection isn’t the only subplot, or intriguing wrinkle that underscores the first-ever meeting between the No. 10 Cyclones (8-3, 8-2) and the No. 25 Ducks (4-2, Pac-12 champions).

ISU quarterback Brock Purdy and Oregon play-caller Tyler Shough (pronounced shuck) are both from the Phoenix area and tangled twice in high school. Purdy, a former standout at Perry High School in nearby Gilbert, topped Shough’s (Chandler) Hamilton High School in 63-60 and 65-63 thrillers in 2016 and 2017.

But more on the reprise of that quarterback rivalry to come as the two-week buildup to ISU’s first January bowl appearance draws nearer.

For now, it’s just the basics — and reliving some details from a Hot-N-Ready bowl game few remember, besides those who were intimately involved.

In the case of those memories, the details matter less than the bigger picture — who Campbell and Cristobal became as coaches, and how they’ve led their respective programs.

“We haven’t really got the opportunity to watch much Oregon this year,” Campbell said. “Obviously in years’ past we’ve watched a ton of them, even last year as you watched coach Cristobal and their team just continue to have a magnificent run of things. For me, it’s (more) an impression of how he’s led and how he continues to lead his team. Just very impressed.” 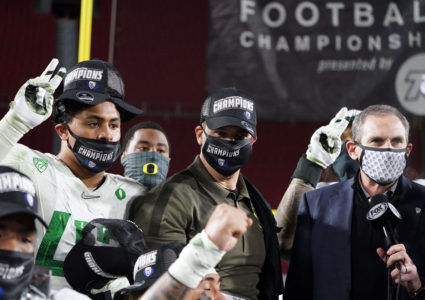