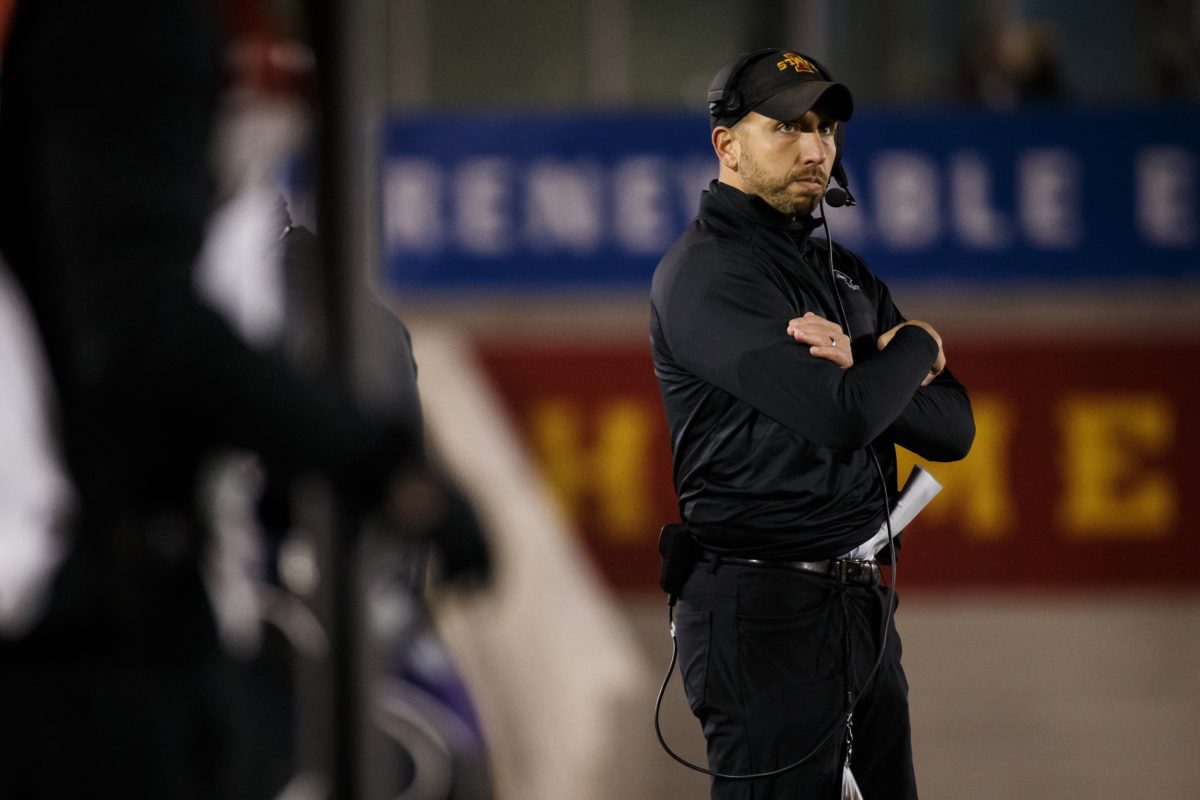 There has been no shortage of potential distractions for this year’s Iowa State football team between the COVID-19 pandemic, competing for a berth in the Big 12 championship game and everything in between.

Over the last several weeks, you’ve been able to add the return of “Matt Campbell to (insert other schools here)” rumors (and rumors is probably used loosely here) that have constantly hovered over Iowa State at the end of each of the last four football seasons.

First, he was going to Nebraska or Tennessee, then he was going to the NFL, but, no, wait, now he’s going to Florida State. Obviously, Matt Campbell has gone to none of those places (at least not as of this writing).

Year after year since Campbell revived the program in 2017, the cycle has been the same.

Cyclones have success, other school does not. Other school fires their coach and Campbell almost immediately is rumored to be a “great fit” or “their top target.” How has the cycle ended each time?

Campbell still as the coach at Iowa State — and seemingly happily so until it is time to start the cycle again.

That time has come as some folks in the national college football media have once again started this endless cycle. Campbell is rumored to be one of the names on top of the lists at Michigan and Texas, a pair of schools that each still have a head coach, although who knows how long that will continue to be the case.

Regardless, Campbell, who coached the Cyclones to a 23-20 win over Texas on Friday, all but clinching a spot in the Big 12 title game, was asked about those rumors and whether they are a distraction during the Big 12 coaches teleconference on Monday.

“Those are only distractions if you allow them to be,” Campbell said. “I think the biggest thing for us is we’d rather be who we say we are and let our actions take care of what we are rather than our words. I think that’s really helped us and I think, especially internally, the trust that our players have in myself and our coaching staff and vice versa, the trust I have in our young people, and the leadership in our program.”

I’m going to be honest, after the first 10 words of that sentence, Coach lost me on this one. I have transcribed most everything Matt Campbell has publicly said since he was hired as the coach in Ames nearly five years ago and this one is up there as one of the most coach-speak-filled answers he’s ever given, so much so that it doesn’t really even make sense.

Some people might translate that as deflecting from a question he does not want to answer, but my guess is it can be better described as giving a boring and total non-answer to a question he is just really tired of being asked literally every single year.

I get it, one of the biggest parts of our jobs as media members covering college football is keeping a pulse on things like this, but Campbell has not really given any indication that he’s looking for the first opportunity to jump ship on what he’s built so far in Ames.

In fact, I would argue he has done the complete and total opposite of that. If Matt Campbell wanted to jump ship and was only here to further elevate his career, what the heck is he still doing here?!

It is not like Campbell hasn’t had opportunities to go to “bigger programs” already and if you look at the current state of affairs in Lincoln, Knoxville and Tallahassee, I’d say, at least at this point, he made the right decision. He could have gone to the freaking NFL!

But, he didn’t. Instead, he’s continued to build something in Ames and that something is on the verge of reaching heights never before seen in the program’s history.

I don’t know — and neither does anybody else, including that guy named Terry telling his four Twitter followers he has high-level sources inside the Texas (or Michigan or even Nebraska (again)) athletic department telling him Campbell’s wife is already looking for homes and he’s locked in to be the program’s next coach.

One thing I do know is a lot of people are tired of hearing about this year after year — and, from my angle, that even seems to include Matt Campbell.

Unfortunately for us all, the cycle remains endless.

Five names to know for the 2019 recruiting cycle