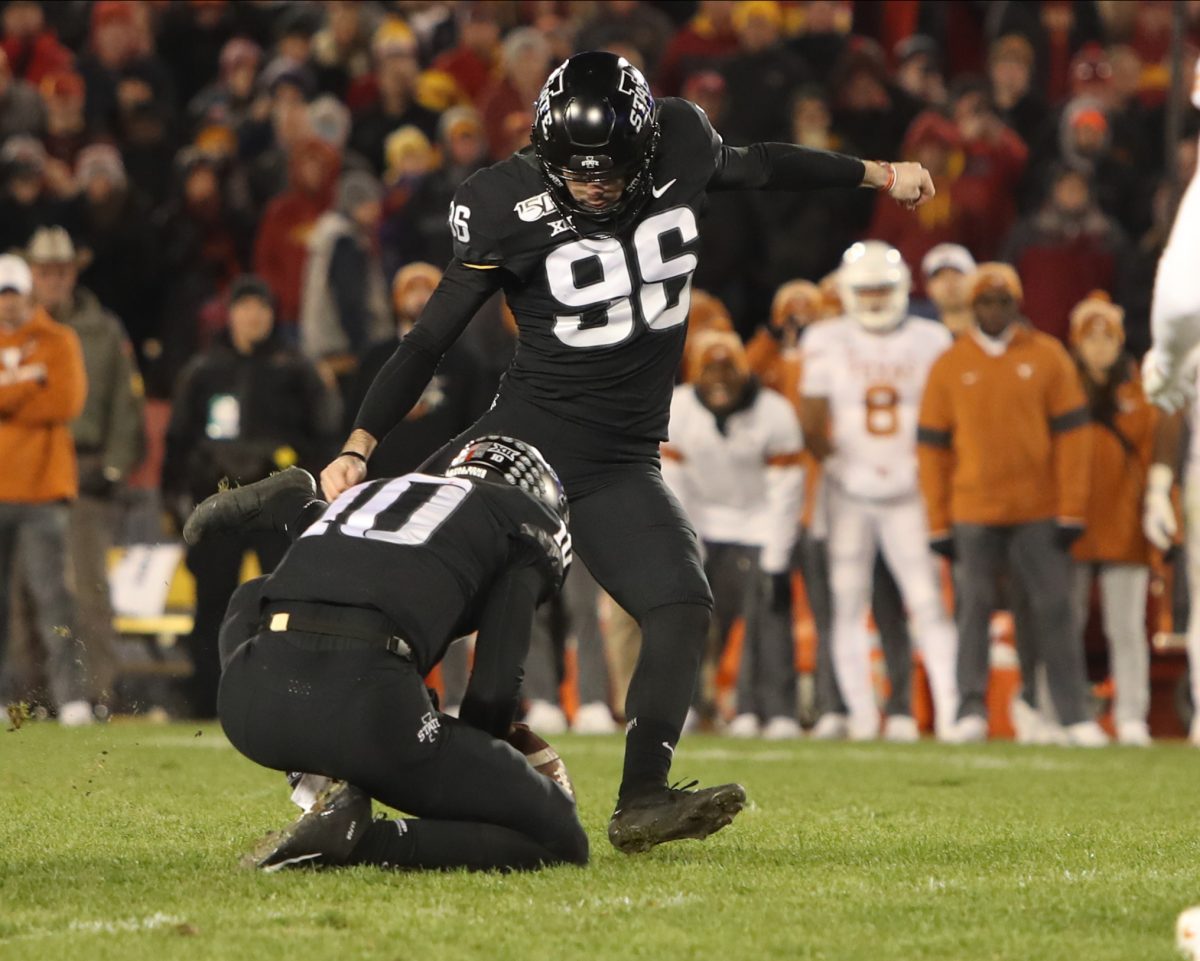 When Connor Assalley‘s field goal attempt on Iowa State’s first drive of the program’s win over Texas Tech on Oct. 17 was blocked, it was the fifth-year senior’s first missed field goal since Oct. 26, 2019.

That string of success included 11-straight connections on field goal attempts, but the last two weeks have seen the Naperville, Ill. native go just 1-of-4 on field goals, including an 0-of-2 performance in Saturday’s 24-21 loss to Oklahoma State in Stillwater.

Despite the recent struggles, Matt Campbell‘s confidence in Assalley has not wavered.

“I just think we’ve got a lot of confidence in Connor. I think, for him, he’s a guy that’s a fifth-year senior that played really good early on,” Campbell said during Monday’s Big 12 teleconference. “(The first attempted kick) was probably right at his max (range) on the 48-yard field goal, but definitely, certainly had the leg to make it, just a hair off to the left. For a right-footed kicker on the right hash (on the second kick), that’s not the easiest kick. It was a situation for him that you look at all of those in isolation a little bit. None of them are the easiest.”

Assalley has connected on 36-of-50 field goal attempts during his Iowa State career for a 72-percent conversion clip in his career, which ranks fourth in program history. His 36 makes currently sit at ninth for a career.

While the recent misses are obviously disheartening, especially when you consider how close Saturday’s game against the Cowboys was, Campbell does not see much reason for concern when you look at the former walk-on’s consistent success over his first three seasons as the program’s primary place-kicker.

“He’s a fifth-year senior who has done and played really well for us, at least early in the football season,” Campbell said. “You take a look at it, you get back to work. You were a hair off on both of them and you just keep pounding away. I think Connor, like our team, was a hair off on Saturday. Back to work and making sure we regain that inch.”

Navy transfer Cameron Shook took over for Eddie Ogamba for the Cyclones’ win over the Red Raiders and handled the primary kickoff duties during the loss to the Cowboys. That change was due to an injury Ogamba suffered that Campbell says will hold the former Iowa Western Reiver out a few more weeks.

“Eddie will be dinged up for a little bit. I think hopefully we can get him back in the next two or three weeks,” Campbell said. “Cameron Shook’s had touchbacks. I think he had two or three against Texas Tech and had one against Oklahoma State. I think Cameron’s come in and done a really positive job.” 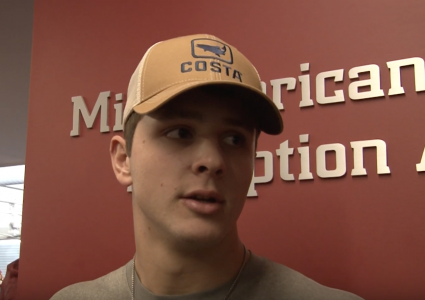 TELECONFERENCE REPORT: Play in the margins helping to shrink the margin between ISU and OU

TELECONFERENCE REPORT: Cyclones set to return to the site of Purdy’s breakout against OSU