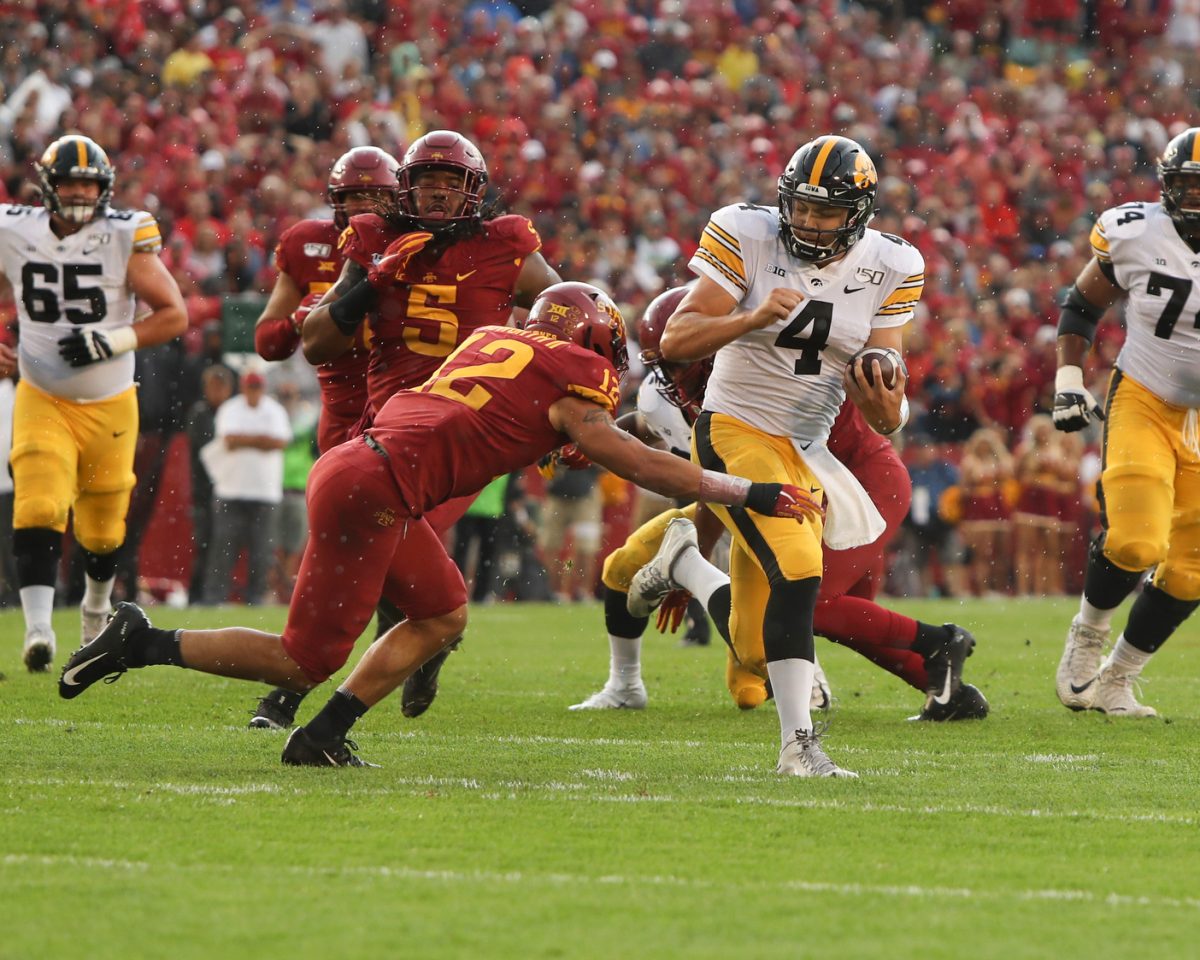 Three Iowa State stars were honored by the Big 12’s media on Thursday.

Charlie Kolar, Greg Eisworth and JaQuan Bailey were all named to the preseason All-Big 12 team, which is voted on my by the league’s media ahead of football media days. The team was released despite media days being rescheduled for August 3.

Kolar, who was named to the Biletnikoff Award watch list earlier in the day, caught 51 passes for 697 yards and seven touchdowns as a redshirt sophomore in 2019. Regarded as one of the nation’s best tight ends, the Norman, Okla. native earned second-team All-American honors from the Football Writers Association of America and Pro Football Focus to go along with first-team All-Big 12 honors.

Despite battling injuries for part of the year, Eisworth was named first-team All-Big 12 for the second consecutive year in 2019 after compiling 65 tackles, 3.5 tackles for loss and a team-high 11 passes defended. He is one of just four players in program history to be a two-time first-team all-conference selection.

Bailey entered the 2019 campaign tied for the program record in career sacks, but his pursuit of taking full ownership of the mark was cut short when a lower leg injury sidelined him for the remainder of the year after just four games. He enters his redshirt senior season with career marks of 113 tackles, 31.5 tackles for loss, 18.5 sacks and three forced fumbles in 37 starts.