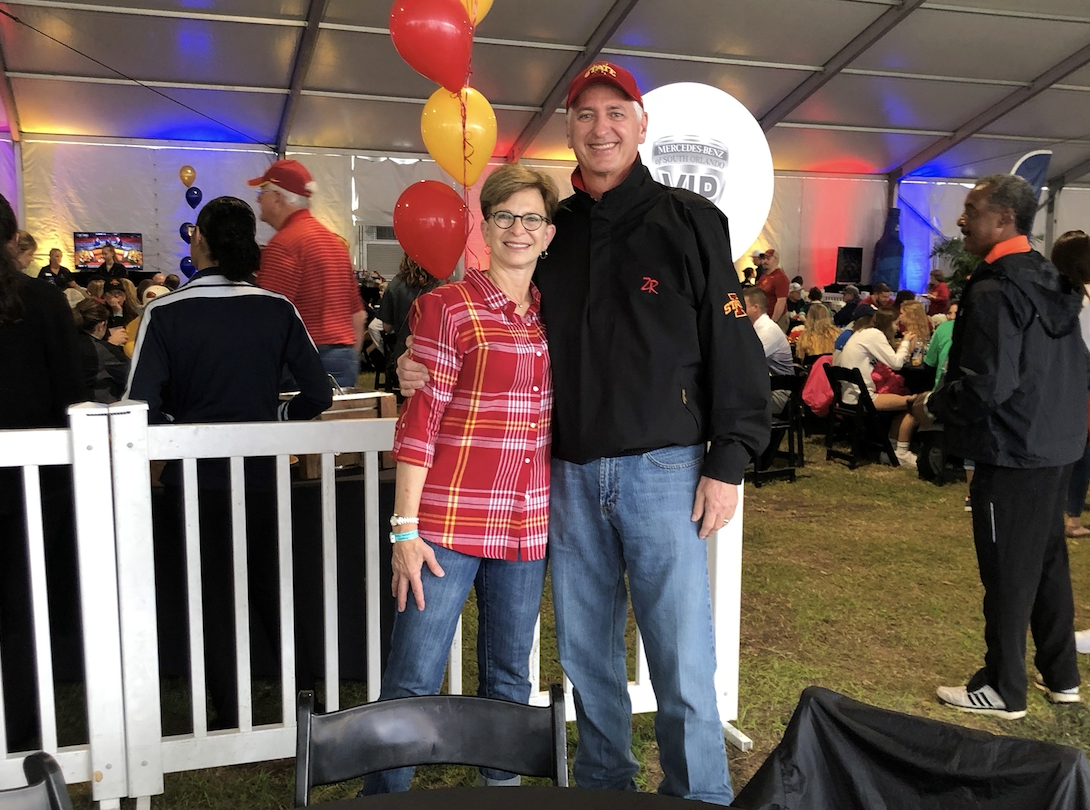 The following story was written and is sponsored by the Iowa State University Foundation.

Cyclone fans and alumni show their pride and support for athletics teams by cheering at games, sporting cardinal and gold attire and donating generously. One group of especially loyal fans includes former student-athletes like Julie (Goodrich) Blake (physical education, 1978) and Jim Barr (mechanical engineering, 1962). These standouts know firsthand the impact of philanthropy and have made it a priority to give back to the university and athletics program that helped them achieve lifelong success.

Blake arrived at Iowa State in 1974, the second year of the women’s basketball team, which came into existence at the university after Title IX was signed into law. During that time, the team had to share warm-up suits with the swim team – a rude awakening for Blake, who came from a fairly sophisticated high school program. But, she said, “someone had to get the ball rolling.”

When Blake’s team had the honor of playing the first women’s basketball game in Hilton Coliseum, they had to work hard to get spectators to attend. At a practice leading up to the game, the athletic director at the time brought a roll of a tickets and tossed them on the floor, telling the team that if they wanted a game in Hilton, they had to sell their own tickets. They also had to rely on themselves for away games, which were played mostly against small schools around Iowa. The team had a van they used for transportation, but with no designated driver (not even the coach), the women took turns driving to the games.

For all the quirks, Blake, who was a co-captain, learned competitiveness and persistence through being on the women’s basketball team – and the experience set her up for success outside of college.

“Having had the opportunity to play women’s basketball at Iowa State has honestly had a huge impact on my adult life,” Blake said. “It has never been a problem to feel grateful and want to give back to the institution that made that possible. My entire life is different, in the relationships I’ve made, the jobs I’ve been able to get over the years, how people view me. When you’ve been on a collegiate basketball team and you’ve been named a captain, people look at you as a leader before they know you can lead. There’s all these subtle things that give you an advantage, an edge.”

Blake and her husband, Mark, have made it a priority to give back to Iowa State. They established the Mark and Julie Blake Scholarship in the Ivy College of Business because they ran a small business themselves, the Blake Financial Service Group, and desired to support students with similar business interests. A few years ago, Blake decided she wanted to create a scholarship for the women’s basketball team – and she encouraged other former women’s basketball players to contribute as well. The result is the Women’s Basketball Letterwinners Scholarship.

For Blake, investing in Iowa State helps all athletics programs shine, which she believes impacts the health of the entire institution.

Jim Barr, too, wants to see Cyclone Athletics thrive. Barr played football from the late 1950s to the early 1960s, including during the “Dirty Thirty’s” historic 1959 season. By the start of that season, the football team was down to 30 players from its original 55 – it was also the year Iowa State College changed to Iowa State University. What the team lacked in numbers, they made up for in hard work and perseverance. After winning their first game against Drake University, the team walked into the locker room covered in mud, and the team’s trainer, Warren Ariail, announced, “Well, here comes the dirty thirty.”

Barr said some of his favorite memories from Iowa State stemmed from the Dirty Thirty’s unexpected results. The team was a four touchdown underdog going into their first Big Eight Conference game against Colorado in 1959 and won by four touchdowns. The Dirty Thirty gave Iowa State its best season in 20 years, with a record of 7-3, and tied with Oklahoma for the best record in the Big Eight Conference. For Barr, traveling to the cities that were home to the other Big Eight teams was “an education in itself.”

Barr also fondly remembers the brotherhoods he formed at Phi Delta Theta; teammates and fraternity brothers are among his lifelong friends. He married his wife, Joan, before his senior year, and they lived in Pammel Court, paying $29 in rent every month which “wasn’t worth it, but we can laugh about it today.” Barr’s least favorite memory of Iowa State? The theoretical and applied mechanics exams.

A chance encounter in the Memorial Union elevator helped kickstart Barr’s career. While sharing the elevator with a football fan who was also an Illinois Bell Telephone Company executive, Barr received an internship offer he couldn’t refuse, beginning a 27-year career with Bell System and AT&T in Chicago, New York, New Jersey and Ottawa, Ontario. He then served as the president and CEO of TDS Telecommunications Corporation for 17 years and ended his career as board director for U.S. Cellular.

“I think I did what I set out to do,” Barr said. “Once a Cyclone, always a Cyclone. Iowa State is a great university and has maintained its values much better than most.”

And for Barr, who donates to various areas in the athletics department, philanthropy means “giving back in the hope of giving others the opportunity for a successful career of ethical leadership.”

No matter where life takes former student-athletes, they carry with them the gratitude of having had the chance to play a collegiate sport and the appreciation for those who supported them along the way.

POLLARD ON SPRING ATHLETES: “I put myself in their shoes.” 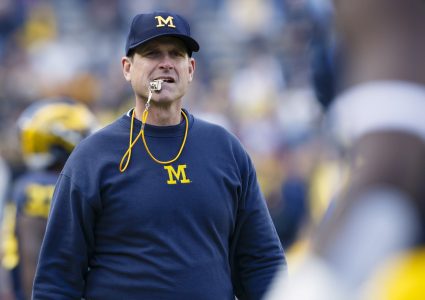