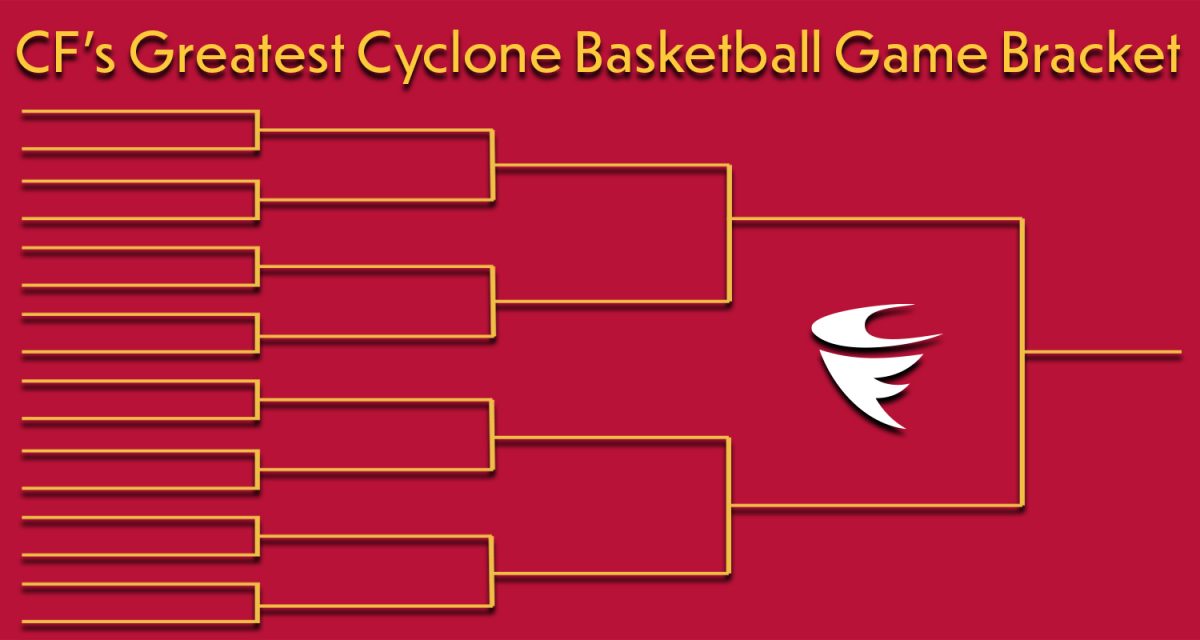 Help Cyclone Fanatic pick the greatest Iowa State men’s basketball game of the last 40 years by voting on our 64-game bracket below. You can find the breakdowns of each region at the following links.

First-round voting will stretch from Tuesday, March 24, until Friday, March 27, with the second round starting immediately after the conclusion of round one and going until Monday, March 30.

Update: The third round of voting is open right now through Sunday evening!