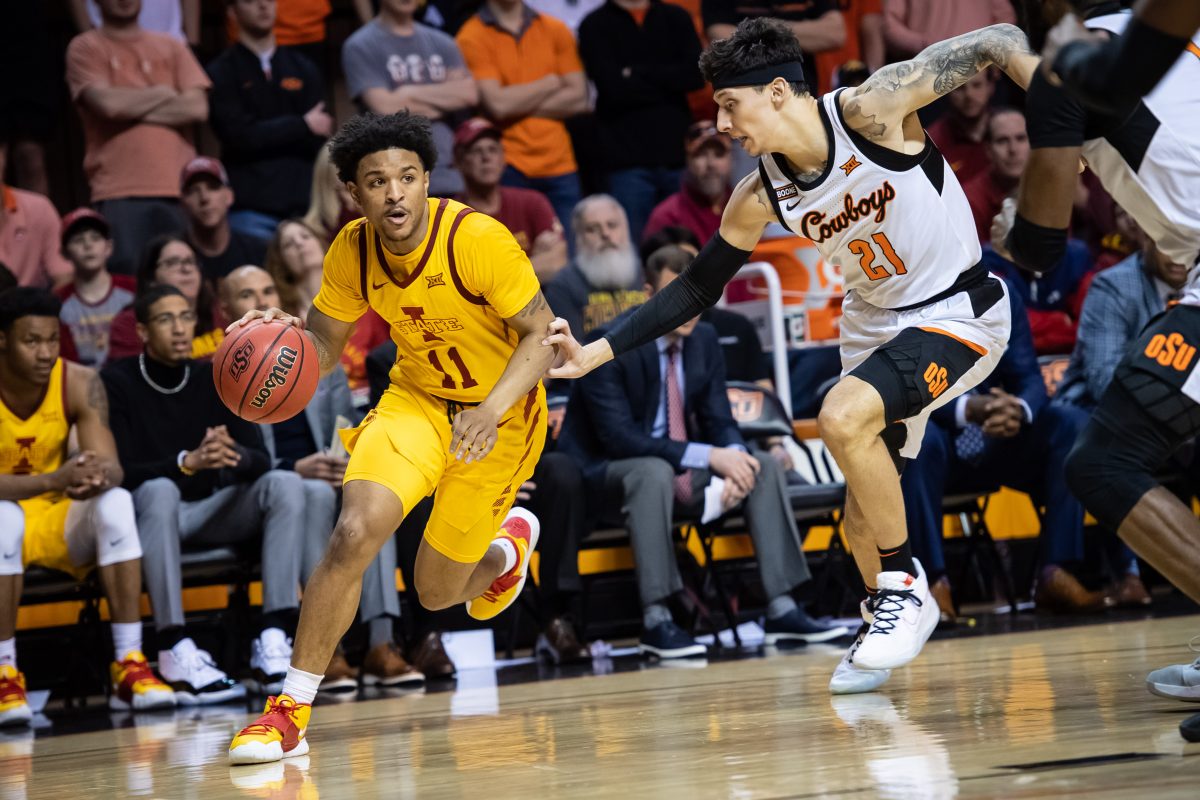 The Cowboys led by seven points at the break and didn’t allow the Cyclones to make a serious threat, as ISU heads home with it last game in Hilton Coliseum on Tuesday.

Turnovers hurt Iowa State, committing 17 in the game. The Cyclones did connect on 12-of-12 shots from the charity stripe.

Rasir Bolton and Michael Jacobson were the only two Cyclones in double figures, scoring 16 and 13 points, respectively. Bolton also had six rebounds to lead the team.

How It Happened
Iowa State held a lead for the first 12 minutes of the game thanks to Bolton, who scored 14 first-half points. The Cowboys took their first lead of the game at 20-18 when Cameron McGriff buried a 3-pointer with 8:29 left in the first half.

OSU went into the break with a 36-29 lead. Thomas Dziagwa hit four 3-pointers to give the home team the advantage.

The Cowboys continued to control the second half, leading by 11 points (53-42) with 12 minutes remaining. The Cyclones got within seven points, but that was the closest they got for the rest of the game.

Players of Note
Rasir Bolton made his first three shots and ended the game with a team-high 16 points, his 22nd double-digit scoring game of the season. Bolton had 14 points at the break.

Michael Jacobson scored nine of his 13 points in the second half. Jacobson was 5-of-8 from the field and grabbed four caroms. It was his eighth double-digit scoring game of the season.

INDIVIDUAL NOTES
Rasir Bolton
-22nd game in double figures, including 11 of the last 12 games.
-Tied a career-high with four steals.

George Conditt IV
-49 blocks this season are tied for 11th at ISU.

Up Next
Iowa State plays host to West Virginia on Tuesday (March 3). Tipoff is at 8 p.m. on ESPNU.