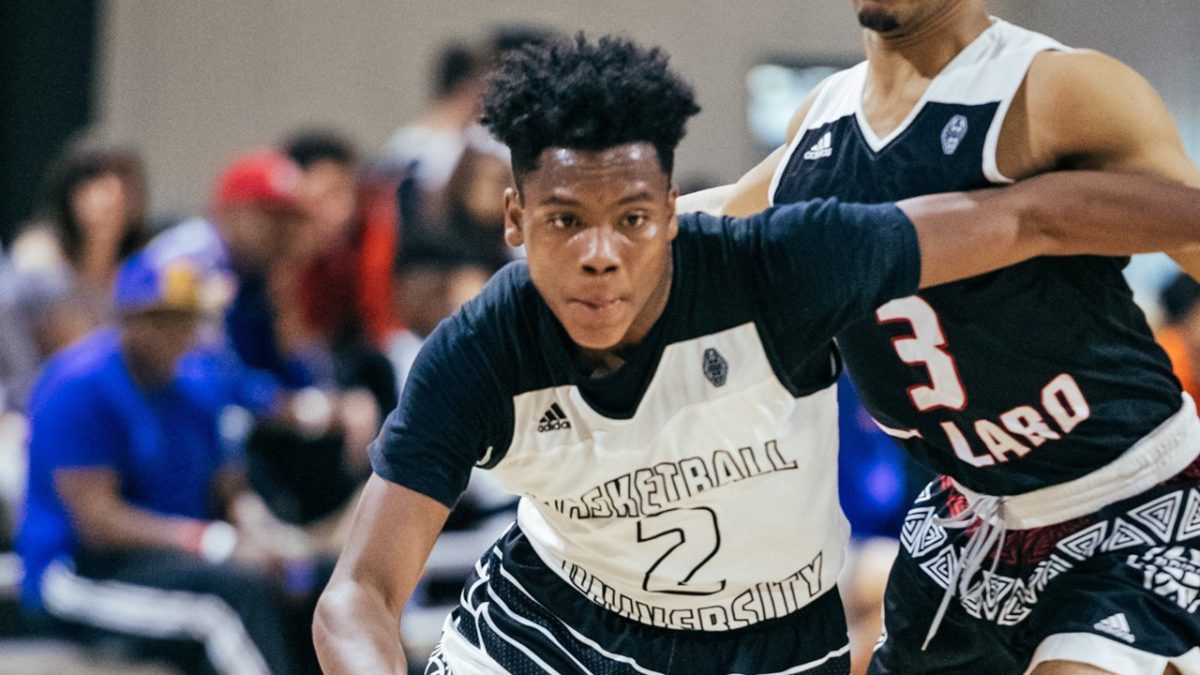 When Billy Kennedy was fired at Texas A&M last month, it threw a wrench into Sahvir Wheeler‘s recruitment. The 5-foot-8 four-star point guard had been committed to the Aggies since September 2016, but suddenly he was forced into rethinking his college choice.

The Houston native was released from his National Letter of Intent on March 27 and he was quickly approached by a new batch of suitors, including Iowa State and former Kennedy assistant Steve Prohm.

Earlier this week, Wheeler officially visited Ames and walked away impressed by what Iowa State has to offer.

The visit completed the first stage of Wheeler’s second recruitment. On May 6, he will announce his college decision between Iowa State and Georgia, the program he officially visited last weekend.

While Wheeler has not personally spoken to Kennedy about Prohm, his father has during this second round of recruiting. The Cyclones’ head coach has certainly made an extremely positive impression on the high-level prospect during a short time.

“Obviously, a world-class guy. He’s a great, great guy. He cares about his family. He’s genuine. He cares about his players. He’s a great guy, a guy you want to be your coach,” Wheeler said. “If you’re looking to hire a coach, you look at Coach Prohm. You look at his core values, the way he runs the program, how his players think of him. Coach Prohm extended a couple of quotes about what his previous point guards and his previous players have said about him, all great things. You can’t ask for a better coach.”

Prohm and the staff have made it clear to Wheeler he will have a role carved out immediately upon joining the program. The Cyclones are in search of a pure point guard and that is something the No. 91 player in the class, according to 247Composite, brings to the table.

The Cyclones currently have one scholarship officially open for the 2019 spring recruiting cycle, but that number would climb to as high as three if Lindell Wigginton and Talen Horton-Tucker keep their names in the NBA Draft as expected.

Wheeler is aware of the success of those two players and the program as a whole have been able to enjoy in recent years.

“I knew Iowa State was big-time basketball. They have a history of winning. They’ve won the Big 12 (Tournament) four of the last six years. Some really good guys have gone through there,” Wheeler said. “Jamal Tinsley went there from New York. I knew they played great basketball in the Big 12 and it’s a big-time program.”

Now, Wheeler will hunker down with his family to prepare for the biggest decision of his life up to this point. He did not note any particular factors playing huge roles in his decision but acknowledged the academic and basketball quality of both schools he’s considering leading to a difficult final decision.

Regardless of how Wheeler’s decision turns out, there is no doubt that Iowa State and Ames made an impression on one of the most prolific point guard prospects left unsigned in the class.

“It’s a really nice campus, really laid out. The people there, they’re really into basketball. Being at Hilton Coliseum, you can feel the aura, feel the energy of what Coach talks about when the crowd comes in there to support the guys,” Wheeler said. “It’s a big-time facility. Everything is new and they’re still renovating. They’re still making more changes. They’re adding to the campus. It’s just a big-time campus.”

RECRUITING: One of the top unsigned 2019 guards will reportedly visit ISU this month