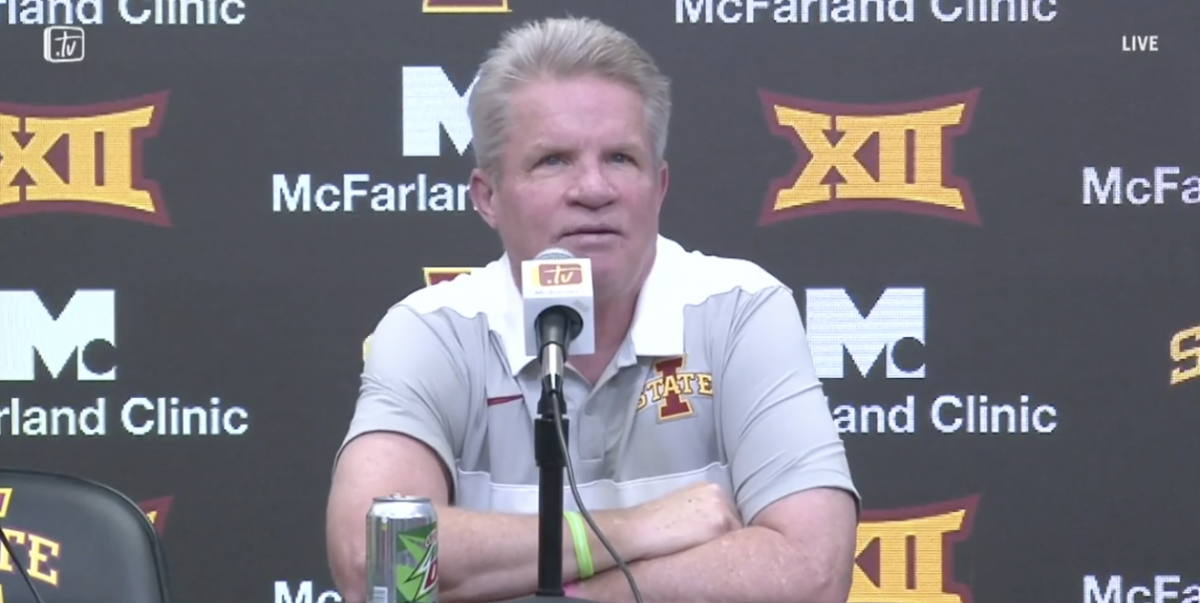 In its second and final exhibition game of the season, the Iowa State women’s basketball team looked more like the West Virginia men than themselves at different times on Sunday.

Bill Fennelly and the Cyclones utilized a three-quarter court press that they used to pull away against Winona State in Sunday’s 73-39 exhibition victory.

“We’ve worked hard on it,” Fennelly said. “Even if tonight it was more of [my team] working their way through it, even if you don’t steal the ball, now you’re only guarding the court for 22 seconds.

The Cyclones kept up the press for a majority of the quarter to try and make it right before the season starts on Friday.

“It’s not something we can do for an extended amount of time, but we were committed to doing it in the first half to work on it,” Fennelly said. “I thought our kids made some good adustments, got some turnovers and a couple of ten second calls.”

Though Fennelly doesn’t picture Iowa State adopting West Virginia’s full-court-press marathon strategy, he did say the team would find the time to bring it out.

“Those are kind of things we haven’t done here in a long time, so hopefully when the time is right and against the right opponent, we can throw it out there,” Fennelly said.

One of the highlights of the press defense that the team showed was Inés Nezerwa’s play. She ended the game with three steals in 14 minutes including a pass she intercepted out of the air.

“She’s long,” Fennelly said.” She’s athletic. She’s competitive. She creates some matchup issues when you put her at the point of a press. That’s not something you see.”

Fennelly has talked about Nezerwa having what it takes to start at some point this season, though she came off the bench for the second straight game on Sunday. He praised Nezerwa’s defensive game, but also said things on the offensive side of the ball need to get a little better.

“She’s gotten 22 shots off in two games,” Fennelly said. “She’s not afraid to shoot it. We’ve just got to get her to make a couple more.”

Nezerwa ended the game with six points and three steals.

At the point guard position, Fennelly raved about Tennessee transfer Alexa Middleton’s performance. Middleton started the night off with the first points and first three-ball of the game on either side, and had a pair of miraculous passes to help lead the Cyclones to a win.

“I thought [Middleton] was really good today,” Fennelly said. “She did exactly what we needed her to do. She facilitated our offense, hit the first three of the game, had five assists on one turnover. Especially on a night when [Carleton’s] shot wasn’t going in, she got it in on offense and got it to the right people. That was good.”

Middleton finished the game with five points and five assists.

However, Fennelly is more concerned with the amount of minutes Middleton can play than the amount of points she is scoring. He knows how well she can facilitate the offense, but said that Middleton has had some knee troubles.

“Right now, physically, she’s about a 20-minute player,” Fennelly said. “She’s working back from some stress on her knee. The goal is to get her to 20, and then 24, and hopefully by Big 12 season she physically could go 30 if it worked out.”

Middleton ended Sunday’s game playing 20 minutes, which leaves an entire half of basketball for Fennelly and the Cyclones to fill behind her. Fennelly says it will be filled in a committee basis, and that it won’t simply be one true backup point guard.

“We’re missing 20 minutes of point guard right now and we’re kind of experimenting there with a lot of options,” Fennelly said. “It will be a little bit of everyone. It’s a committee thing. We’ve got to get to 40 minutes. So, it will be Bridget [Carleton], Jade [Thurmon], Nia [Washington], and Rae [Johnson]. Depending on the defense we see, they’ll kind of be situational players. All of them can do some things, and none of them are [a true] backup point guard who can go in and do what [Middleton] does.”

Iowa State will return to the court on Friday at noon to play Niagara in the first round of the 2018 Preseason Women’s NIT. The higher seed in each game of the tournament will host each game, giving the Cyclones the bid to host each game they play in it.

Bill Fennelly announced that Iowa State would be redshirting freshmen Morgan Kane and Maddie Frederick for the 2018-19 season.

“They’re great kids and any day that they are with us, we’re a better program and a better university,” Fennelly said. “They made the decision that they will redshirt and get their fifth year. Right now, they’re kind of in a log jam for playing time. [Kane’s] had two really good games in a row.”

Kane finished Sunday’s game with 10 points and eight rebounds, good for second on the team in both categories.

Fennelly said he might regret redshirting Kane, but ultimately it was the players’ decisions as to if they redshirted or not.

“We’ve presented it to both of them and they met with their families, so this will be the last time you see them playing [this year],” Fennelly said. “The credit to both kids is that they value education so much, that the idea of being at Iowa State for five years, they were ecstatic about.”