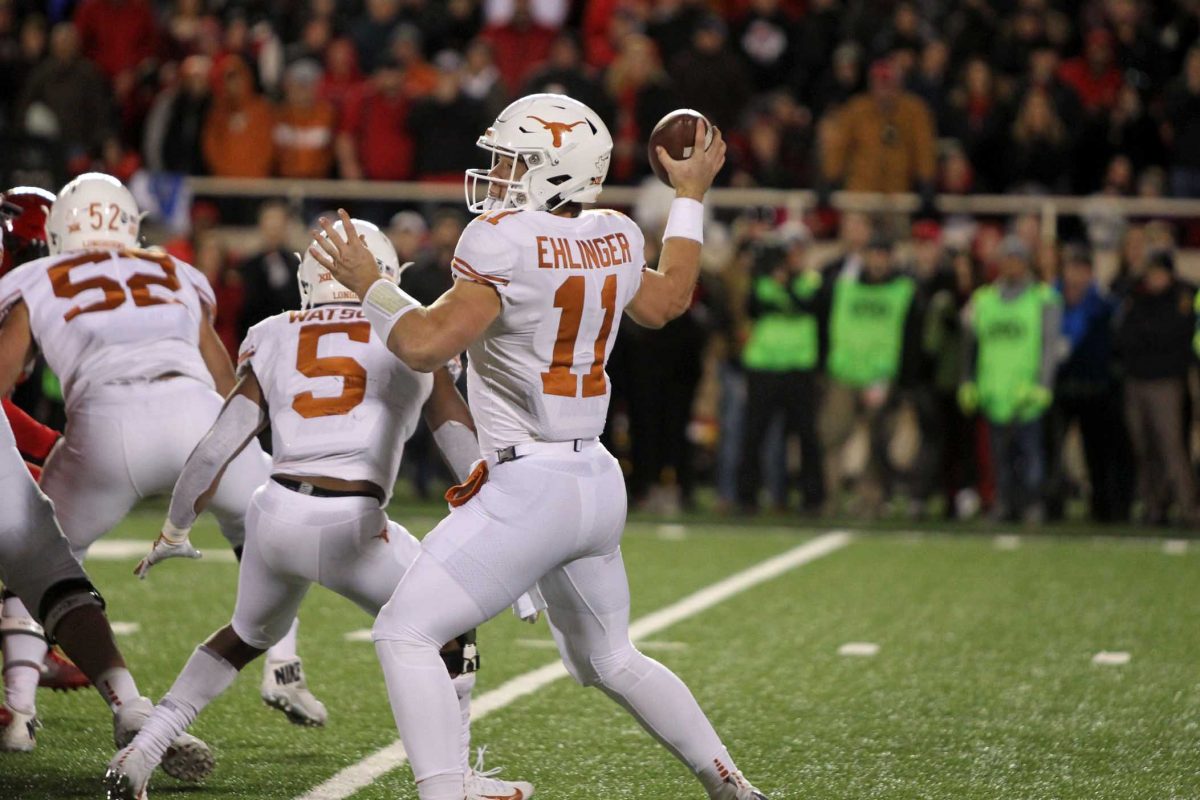 I think that Vegas is spot on in that these teams would be dead even on a neutral field. It’s a total toss-up for a reason. Texas’ defense isn’t a shade of what it was a year ago but having said that, I believe there’s a bit of a leak in Iowa State’s right now. Which quarterback plays better? You’d have to give the edge to Texas been the game is at home.

I have grappled with this pick all week. I would wake up one day confident in a Cyclone victory and feel like a nut kick is coming when I woke up the next. Today, I feel good about an Iowa State victory and free apple pie shots from Whiskey River in Ankeny (join us for the game watch) flowing. Kene Nwangwu finally busts a big one in the first half and sets an early tone for the Iowa State offense.

The analytics really don’t like Texas. In fact, in the S&P rankings (my favorite), Texas is only 46th nationally overall and its defense is 69th. I think Iowa State can find some room for playmakers and do enough on defense.

David Montgomery sits the first half out and Kene Nwangwu busts one for a big touchdown. Purdy shines in the spotlight. I honestly don’t see this game being that close. Ehlinger finally throws his third pick of the season (Marcel Spears, for six) and ISU gets its sixth straight Big 12 quite comfortably.

Texas has owned Iowa State in the last two years. They have flaws, but so does Iowa State due to some attrition. Ultimately, I think this game comes down to which quarterback plays better. Texas has the advantage there primarily due to Ehlinger’s ability to get three extra yards on contact. I think it is that close. But, I stink at these predictions. A play by a quarterback and a gutsy coaching call will be the difference.

Matthew McConaughey gives a pregame speech that rouses even Bevo to action. The guards have a hard time containing him, but because he’s technically “a longhorn,” the Big XII officials fail to differentiate him from a player. He rambles for 647 yards since literally no one can tackle him but fails to understand the intricacies of the game and forgets to hold the ball. Iowa State scores all their points off fumble recoveries.

Is anyone else going to have trouble falling asleep on Friday night? I have no doubt in my mind that this game will be a nail-biter throughout. Something tells me Iowa State will take the lead late and give Texas the ball back with one last chance to score… And then a Cyclone defender will intercept Sam Ehlinger in dramatic fashion to seal the victory.

First of all, I don’t think this will be a letdown as expected of Cyclone teams of the past. This game will be close and uncomfortable for both fan bases. This Texas defense has not been as good as last year’s and they have given up yards but they clamp down in the red zone where they only allow 4.38 points per trip (17th). Their offense has been methodical and taken care of the ball by only turning it over on 5.4 percent of possessions (3rd). Those are two strengths for Texas are the corners the ISU defense typically backs opponents into hoping for mistakes to capitalize upon.

Unless the Texas offense deviates from those two things self-inflicted mistakes or by the ISU defense rising up, I think this will be the second game of the season that the Cyclones lose on a late field goal. 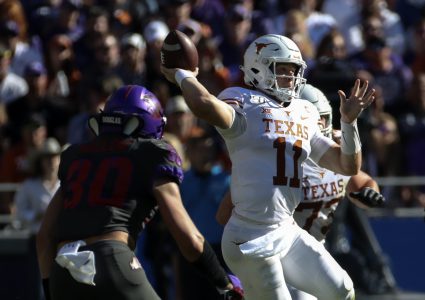