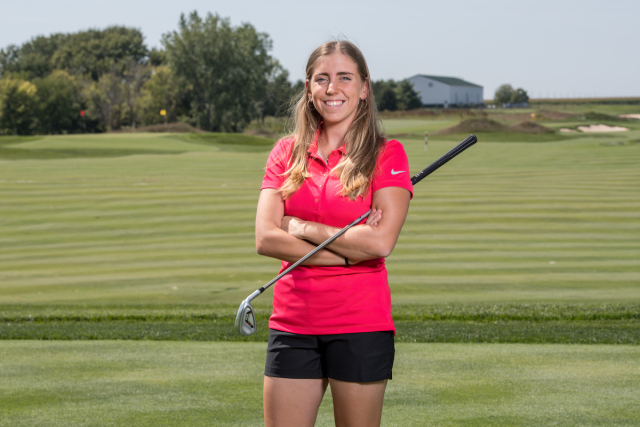 Some days, it’s easier to write than others. Today is one of the hard days.

As you may know, I ask for Mid-Week Mailbag questions on Tuesdays and then write on Tuesday evenings so the mailbag can be published on Wednesday each week. Today, however, my mind has been elsewhere and instead, I’m going to roll with it and use this article to clear up some of the clouds upstairs.

For those of you who left questions for me to answer on the forums, Jared and I went through and answered all of them on this week’s episode of Stanz & Fitz. My apologies if you were expecting to see them in writing, but I hope you understand.

Below are a few of the things that have been running through my mind for the past day or so.

I didn’t know Celia Barquin Arozamena, but the news of her murder has triggered a prolonged period of reflection and hollow feeling in my soul. I think a lot of people feel similar – possibly a bit more angry or sad.

There is something especially unnerving about what happened at Coldwater Golf Links on Monday morning. A young, bright, talented and ambitious individual was ripped away from this world while doing something she loved. And while all murder is tragic, one as random as this one seems to have been leaves family and friends shocked and heartbroken with members of the extended Iowa State, golf, and Spanish communities mourning as well.

As hard as it may be for me to admit, a 24-hour news cycle and social media have made it easy to build up an emotional callus to stories that, in and of themselves, deserve more of a poignant response than they often elicit.

Yet, Barquin Arozamena’s death broke through my metaphysical barrier. Again, I never had the opportunity to get to know her like so many others who are rightfully grieving in the wake of her departure, but there are connections we share that carried her tragedy past the noise and straight to my inner self. I attended Iowa State just like Barquin Arozamena (though by all accounts she was a better student than me), golf has been my favorite sport to play ever since I picked up a club at 10 years old (though I was never good enough to win a Big 12 Championship), and during college, I played at the course and likely strolled through the exact location where her murderer made his fateful advance.

There’s also something else weighing on my mind that isn’t a direct parallel between her and me but is even more impactful… It’s that I have two sisters currently attending Iowa State that I can’t help but be concerned for.

Growing up, it was always easy to shrug off my mom’s protectiveness. I could conjure some specific examples, but all of them basically boiled down to her saying “be safe” in one way or another. Pretty typical mom stuff, and I’m sure a lot of you reading this have had similar experiences with one or both of your parents. Yet, as a dumb teenager, my immediate reaction to my mom’s concern was always, “Like anything bad will happen…”

Well, Monday was a huge reminder that sometimes, bad things do happen. And unfortunately, senseless murders like this one appear to involve women more often than they do men. Women seem to be naturally easier to target for killers, likely because they are presumed to be less able to do damage in return, whether that’s actually true or not. It’s a logic exclusive to cowards, and Barquin Arozamena’s killer fits the description.

That’s why I’m here openly wondering about the well-being of my sisters. I still believe that Iowa State and Ames are safe places in the grand scheme of things. I’m just reminded that true evil can come from anywhere and strike at any time. Even from our own backyard.

People who are smarter than me will debate political and non-political solutions to prevent future occurrences like Barquin Arozamena’s. However, the scary thing is that even people without any history of degenerate behavior have done unthinkable things without warning. There’s no one-size-fits-all or all-encompassing fix to rid society of these acts. They’ve been happening since the beginning of time and will continue until it ends.

Like many of you, I’m still grieving. Thoughts are spinning through my head at a million miles per hour. And the worst part of this is there’s nothing anyone can do to bring back the young woman who lost her life on Monday. The world is a lesser place now without Barquin Arozamena and nothing can make up for the fact that her family and friends will never see her again.

Iowa State AD Jamie Pollard put it about as well as anyone could in his presser on Tuesday.

“There’s nothing that Celia did or didn’t do that caused this. It was just a senseless, senseless random act and she just happened to be in the absolute wrong place at the wrong time. I don’t know what you can ever do to prevent that. We can continue to try to educate. I’m glad we live in a community that this is something that actually stops all of us in our tracks. There’s plenty of places, unfortunately, in our world, where you all wouldn’t even be in here covering it if it had happened. That doesn’t make it any easier, but at the same time, we’ve got to live our lives. That’s why we’ve got to find the strength to carry on because she’d want us to.” 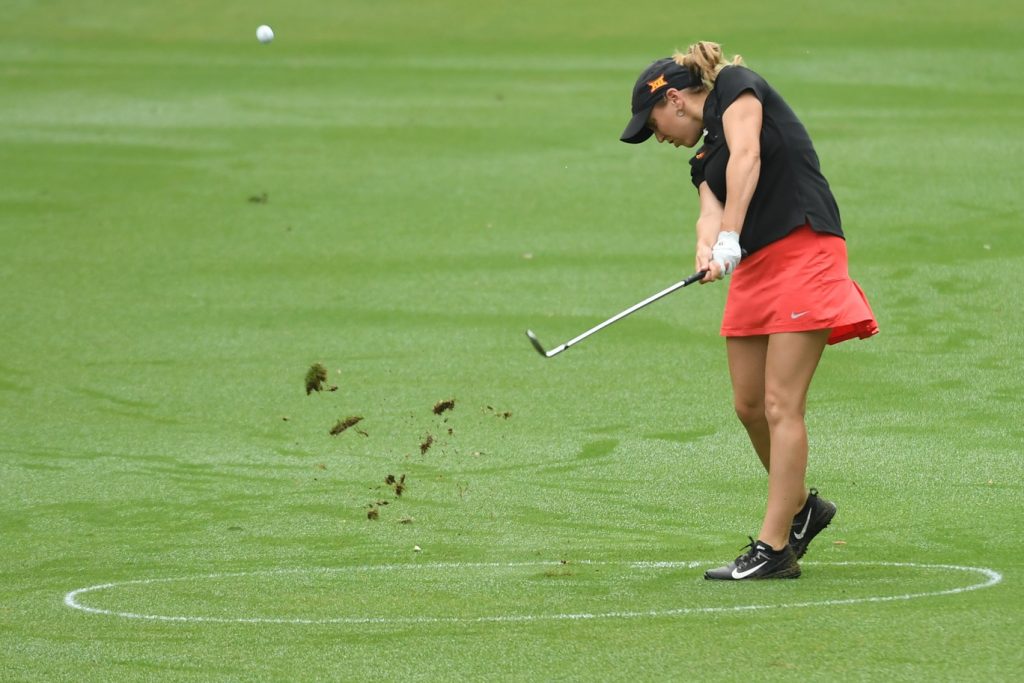 It almost seems trivial, but this Saturday’s football game against Akron will provide members of the Iowa State community a chance to carry on by remembering Barquin Arozamena and the good that she did during her life. In addition to a memorial that will take place at 10:45 a.m. (reminder to please be in your seats by then if you’re going to the game), fans are being asked to wear yellow/gold by her ISU women’s golf teammates as it was Barquin Arozamena’s favorite color. That seems like the least we can do to show our solidarity with those who were close to her.

Times of great loss often serve as a catalyst for unity. Nothing can change what happened and nothing can repair the spiritual damage done, but we can all come together and begin to heal. 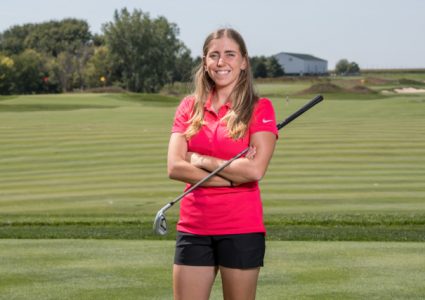 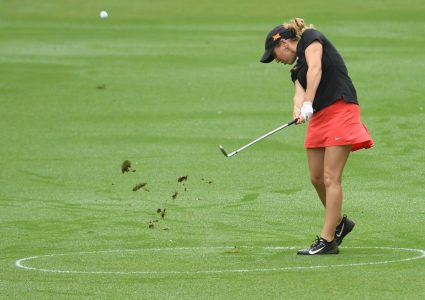