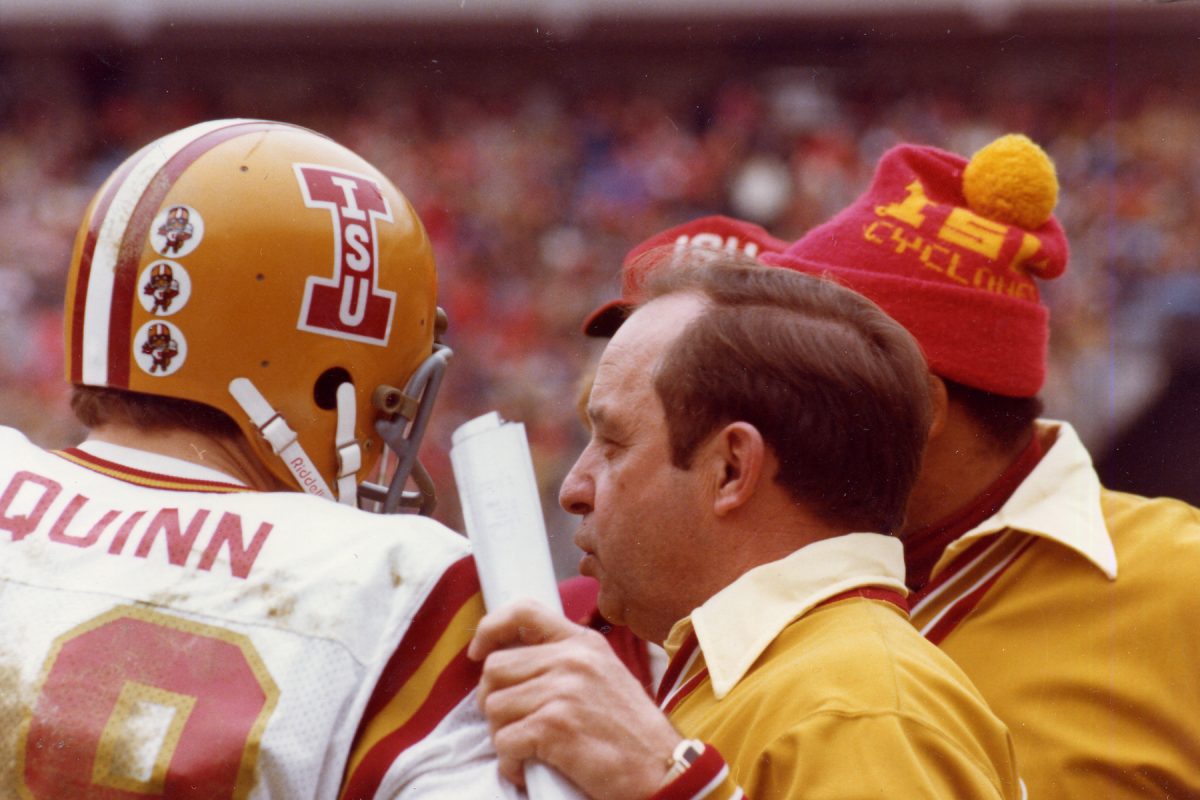 The following is a press release  and photos are courtesy of Iowa State athletics communications.

Bruce was hired as the head football coach at Iowa State in 1973, replacing Johnny Majors, who left for Pittsburgh after the 1972 season.

His 1976 Cyclone squad was perhaps his best team and is still considered one of the finest in school history despite being snubbed by the bowl scouts. Iowa State ended the regular season with an 8-3 record and a No. 19 ranking in the final Associated Press poll.

ISU ranked second nationally in total offense by averaging 439.6 yards per game in 1976, a school record which still stands today. A 37-28 win over No. 9 Nebraska highlighted the year and was the first-ever victory over a ranked team in Jack Trice Stadium. 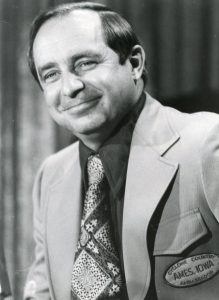 Bruce led the Cyclones to back-to-back 8-3 regular-season marks and bowl appearances in his final two seasons. His 1977 team appeared in the national rankings after the Cyclones defeated No. 9 Nebraska (24-21) for the second-straight season, this time in Lincoln, Neb.

He earned Big Eight Conference Coach-of-the-Year honors in both 1976 and 1977.

Bruce recruited outstanding talent on both sides of the ball during his Cyclone tenure. He mentored two All-Americans on offense in Luther Blue and Dexter Green. Green was a two-time All-Big Eight running back, rushing for a then-school-record 3,437 yards in his All-American career.

Bruce left Iowa State after the 1978 season to return to his alma mater Ohio State, replacing the legendary Woody Hayes. He won or shared four Big Ten titles in his nine seasons as the leader of the Buckeyes. He was the AFCA National Coach-of-the-Year in 1979.

A 2002 College Football Hall of Fame inductee, Bruce compiled a career 154-90-2 record as a head coach, which also included stops at Northern Iowa and Colorado State. In his 20 years as a head coach at the Division I-A level, he led his teams to 12 bowl appearances, including seven victories.

Bruce graduated from Ohio State in 1953 and earned his master’s degree from Kent State in 1963.

He was inducted into the Iowa State Hall of Fame in 2000.