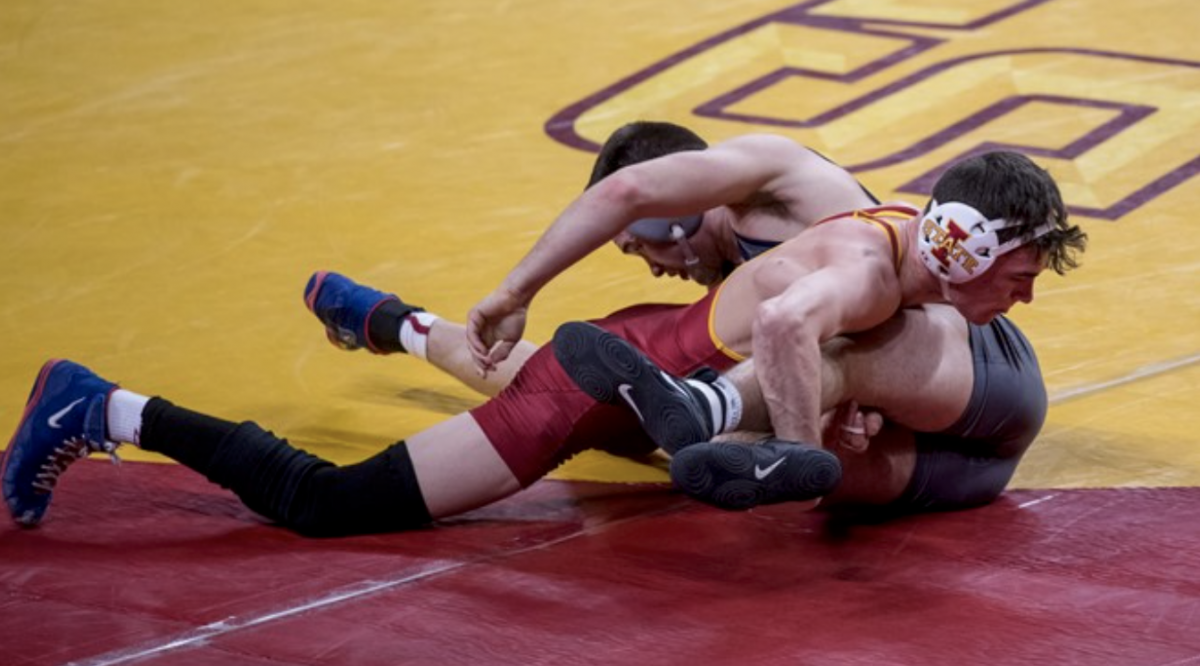 AMES — After a short break for the holidays and some quality time in the wrestling room, Iowa State’s suffered another close dual loss on Friday, falling to Northern Colorado 22-20.

“Another missed opportunity tonight and it might be the worst of the four dual meets in some areas just in terms of fight,” said head coach Kevin Dresser after the action.

Iowa State is now 0-4 in dual action this season.

Although the Cyclones put up the most team points they have all season, there were still notable red flags on the mat.

After the team’s last dual at Hilton, Dresser sounded hopeful that the small break would help the team find its groove and get them back on track. The team’s performance on Friday quickly showed that wasn’t the case.

“When you have great teams and great individuals and you give them time off they come back the same and almost better,” said Dresser. “When you have an inexperienced and young team that doesn’t really understand what it takes to win at this sport, you back up.”

Redshirt junior Marcus Harrington had a strong start with three takedowns in the first two periods but quickly tired in the third and managed to walk away with a 9-4 decision. Back-to-back loses at 125 and 133 were followed with successful wins from redshirt freshmen Kanen Storr (141) and Jarret Degen (149).

“He’s the guy that right now, tonight he was the poster child for what we want. He goes after it and he throws it out there. He got tired in the end but he scored 15-points,” said Dresser on Degen’s performance.

Redshirt freshmen Jarret Degen (149) discusses his mistakes although having the best performance of the night. #CFTV pic.twitter.com/5b61gyp4AE

Degen was injured earlier this week with injuries that were not specified. Degen put up seven takedowns throughout his match and gained the team key bonus points to help gain a good lead.

For someone who was awfully banged up to issue the top performance of the night, it says two things: Jarrett Degens hasn’t reached his potential and that’s a really good thing for ISU. Also, what is going on with the rest of a healthy team?

Pestano was pinned with 0:12 seconds left in the third period and gave UNC the final lead they needed to have the dual in the bag, even though there was still one match left for the night.

Assistant Coach Mike Zadick mentioned one of the key issues the team is facing right now is the commitment to weight control interfering with the power to focus on other areas of improvement.

The Cyclones have one more day of practice before hitting the mat once again this upcoming Sunday when they face off against Oregon State.

Again, the one consistent thing we continue to see from the team is coaches expectations.

Assistant coach Mike Zadick on the importance of toughness and consistency with the team expectations. #CFTV pic.twitter.com/A8n2j6yK0E

“It’s a process and we believe in it,” said Zadick.