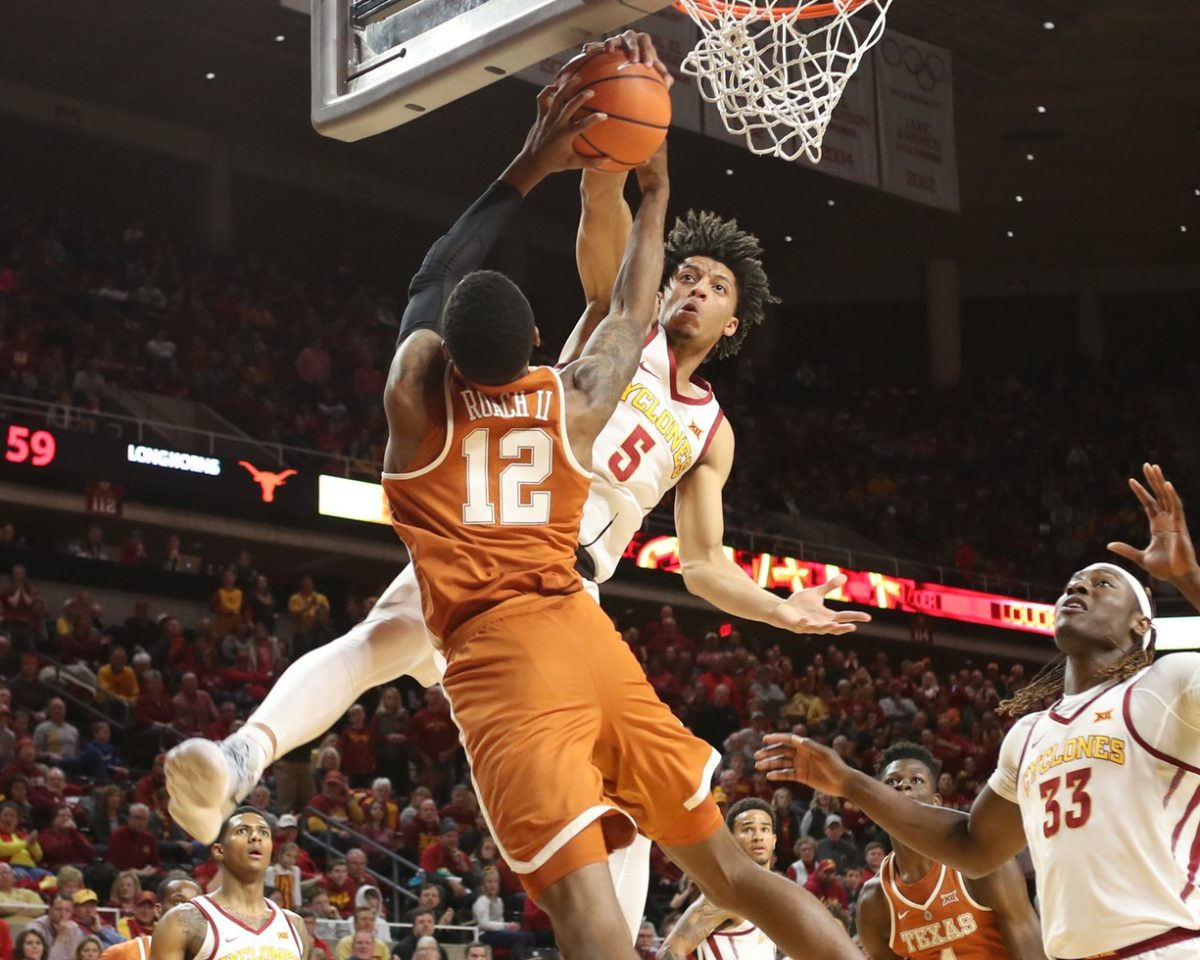 To paraphrase: “I want you to guard the opposing team’s best player.”

“I tell him I want to guard the best player every night,” he said.

That’s an iron-will, same-page statement — and one that could help transform the Cyclones’ hopes as the Big 12 season heats up, beginning at 8 p.m. Wednesday at 24th-ranked TCU.

Wigginton’s obviously excelled on the offensive end, drilling 42 percent of his 3-point shots and increasingly getting to the rim and finishing through extra contact.

He’s ultra-athletic and a power plant of energy. And now he’s fully committed to being a standout on both ends of the floor, which could bode well for ISU (10-6, 1-4) as it enters into yet another tough week that concludes Saturday at No. 8 Texas Tech.

“He’s been challenging me a lot,” Wigginton said of Prohm. “He feels I can be an elite defender.”

In other words, a complete player — at age 19. It’s both an ambitious and imperative early college career goal. Especially Wednesday.

That’s true for four Cyclones players, too, which makes this pivotal matchup something of a mirror image game in terms of hunger and possible redemption.

TCU’s four losses have come by a combined 11 points — and two ended in overtime or double overtime.

Translation: The Horned Frogs are a play or two or three away from being 4-1 instead of 1-4, just as the Cyclones — stung twice in overtime — are a couple non-finishes away from being 3-2.

“Forget their conference record,” Prohm said. “I mean, they’ve played (No. 4) Oklahoma twice and (10th-ranked) Kansas once. On the road at Texas and on the road at Baylor. So I don’t know what you’re supposed to be once you play those five games.”

That’s life in the Big 12, where anything less than a tip-top 40-minute (or more) performance likely precedes a solemn sojourn of soul searching and the inevitable what-if talk.

And then teams catch their collective breaths, make improvements, and soldier on.

That’s also why Prohm is stressing defense as the key factor that could ignite a vital hot streak. It’s also why Wigginton — who leads ISU at 15.1 points per game and is far and away the best at getting to the free throw line — serves as the wheel’s hub when it comes to excelling on that end of the floor.

“The defensive end is what’s going to win (the game) down there,” Prohm said of Wednesday’s test. “We’re not going to go down there and outscore them.”

No, ISU will have to out-tough them — and count Wigginton as one of the eager agitators toward that difficult to achieve, but necessary end.

Brodziansky battered ISU in the first of three meetings last season, going for 25 points and 14 rebounds in a 84-77 win in Fort Worth. Young played three minutes.

In game two, he bowed up against Brodziansky, holding him to 11 points and seven boards as the Cyclones cruised to an 84-71 triumph at Hilton.

Then the Big 12 Tournament presented a second Young-Brodziansky clash, and ISU’s then-freshman didn’t disappoint. Brodziansky scored just 10 points and the Cyclones won by 21.

“I just think you’ve got to be physical with him,” Prohm said. “Solomon did a good job the last two games just of being physical, trying to keep him off his spots, not letting deep post touches, better job on ball screen defense where he’s not getting the pocket pass or the roll. He had so many shots at the rim and in the paint (in the first meeting). It was just too easy, but that’s what they do.”

Young aims to do more of the same against Brodziansky Wednesday in Fort Worth.

“Same old deal as last time, just be physical, try to get him off the block, no easy catches, just make it tough for him,” Young said.

“It’s kind of a relief, because the past few games we didn’t do well in the last two minutes and this time we got the lead, we kept the lead. Doing that, we can just take that on throughout the rest of the games.” — Young, referencing Saturday’s 75-65 win over Baylor.