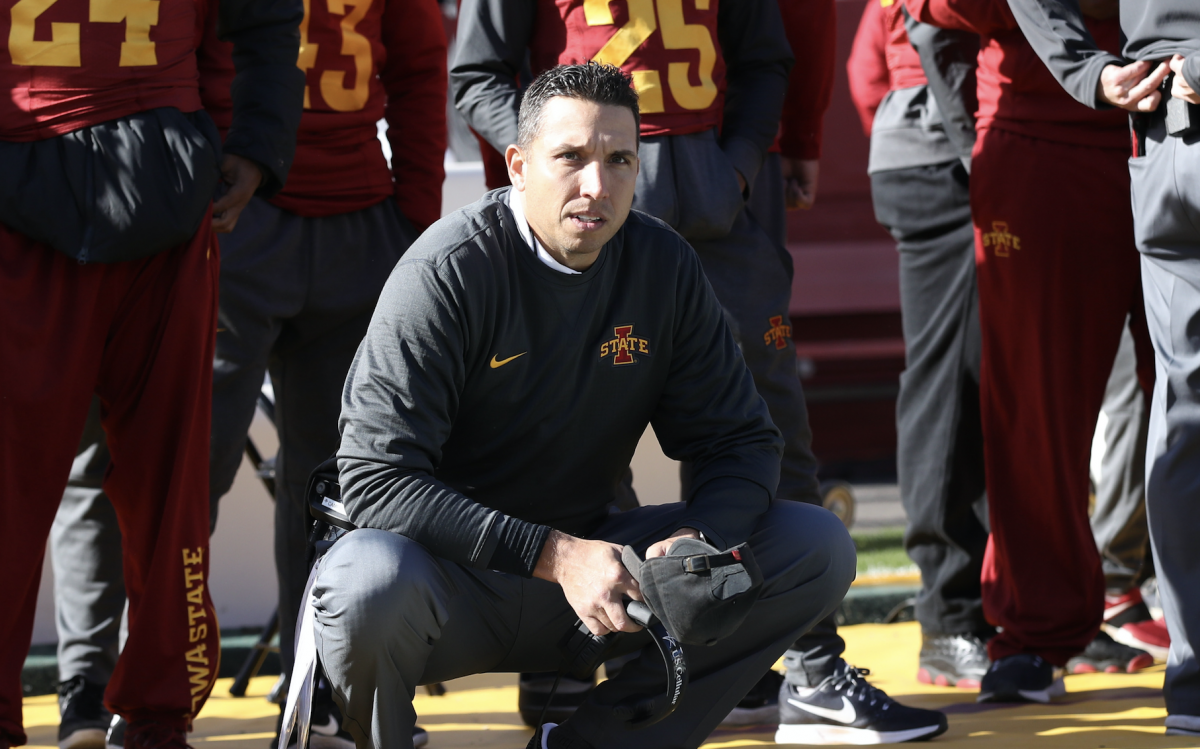 But on Saturday, I had a rare opportunity to take in a game with my wife, daughter and close family friends and it happened to be a pretty neat one to watch alongside you Fanatics.

The best part of Iowa State being in a tie for first place in the Big 12 as we enter the month of November is watching longtime fans enjoy it.

This brings me to a tweet that I saw late last night before I went to bed. Essentially, the fan was asking if because Iowa State is already bowl eligible, is anything else that happens the rest of the season considered to be “gravy?”

Gawd I hope not.

I don’t know how many games Iowa State will win within its next four, but being happy with six at this point is incredibly small-minded.

Heading into this season, Iowa State’s football program was 1-54-1 vs. top 5 teams. On Saturday, Iowa State became the first team since LSU in 2011 to defeat two top 5 teams in one month!

The record vs. top 5 opponents tells the story: This is significantly different than anything we have ever seen here.

In the past, Iowa State might have been happy at six but this is different. Right now, my goal for Iowa State is a Big 12 championship.

Why the hell not?

Daily CF Minute w/ @ChrisMWilliams: What to watch for at the beginning of West Virginia week for the #Cyclones. pic.twitter.com/oxKNcwYTkZ

The reason I pay so much attention to Vegas lines is because you can pick up on trends of specific teams based off of a source that has zero bias – oddsmakers.

Here is an incredible Iowa State stat that you won’t read in the official game notes anytime soon: The Cyclones are 7-1 against the spread so far this season.

That means Iowa State – relative to national expectations – is vastly over performing.

So I wasn’t surprised when the spread came out on Sunday that the Cyclones are a 3.5 point underdog to a West Virginia team that is currently giving up over 6 yards per play defensively.

Personally, I believe that the wrong team is favored. However, Morgantown is always a brutal place to play.

Tip of the hat to Colin Downing…

I hate writing about special teams but on Saturday, punter Colin Downing was truly special.

He punted the ball eight times and did not allow KaVontae Turpin – who housed the second half’s opening kickoff for a touchdown – a single return.

Dig a little deeper: At this point in the season, Iowa State is ranked fourth nationally in the opposition’s average field position.

That’s a big piece as to why the defense is only allowing 18.75 points per game, which is good for 21st best in the country.