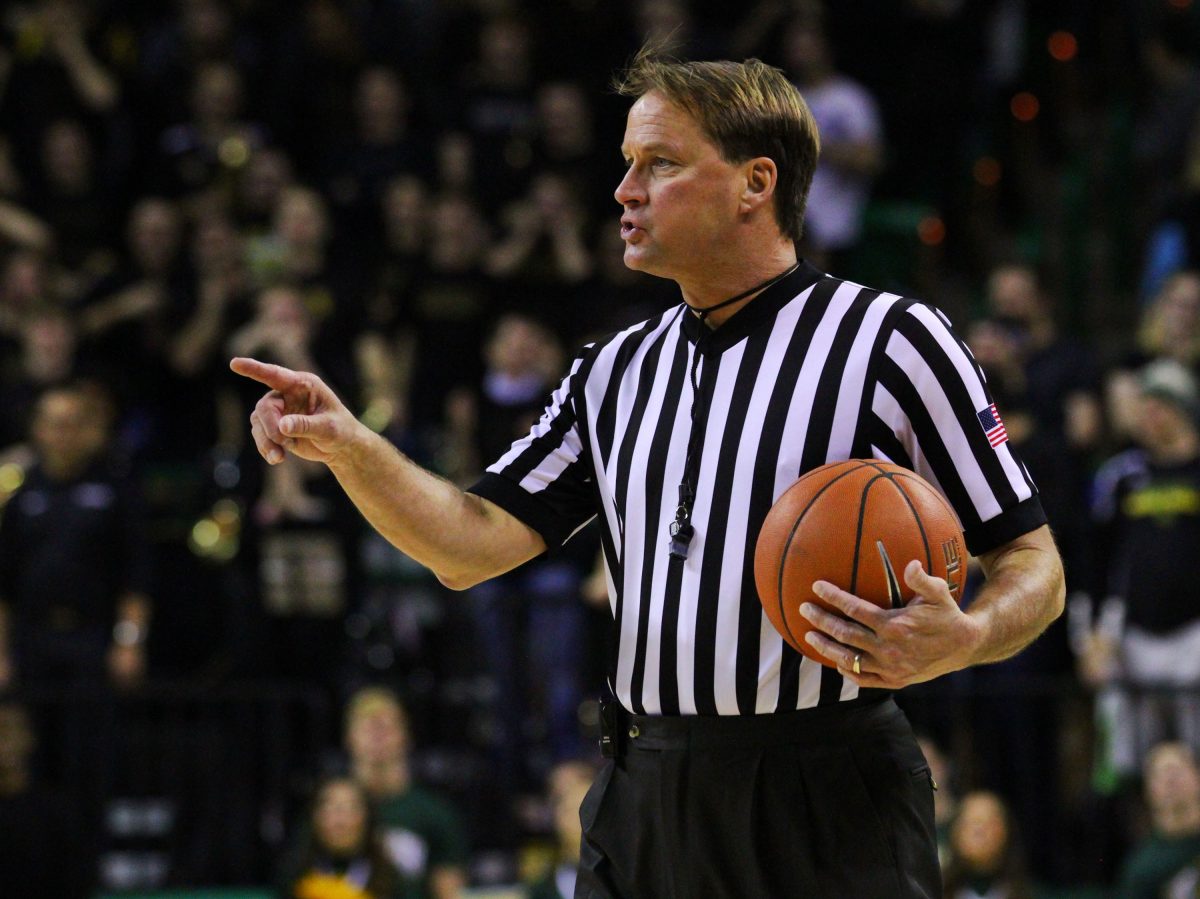 Show up and don’t get arrested.

Those are the two basic rules of being a fan; everything else is icing on the cake. Iowa State basketball fans are among the best at this and also receive high marks in picking up the team when they need a lift. When Iowa State scored to cut the Texas Tech to 12 points in the second half last week, Hilton Coliseum gave the struggling Cyclones a standing ovation. That doesn’t happen almost anywhere else and Hilton Magic is the result.

What follows here is not an indictment of the great fandom of the Cyclone Nation, but merely a few suggestions to add to the already stellar reputation.

Iowa State’s relationships with basketball officials isn’t the best. Ames features some of the friendliest individuals in the upper Midwest; yet during a college basketball game, the three officials become the most despicable creatures in the state. Last week, I had an old gal sitting behind me in the parquet that had more colorful language towards officials than an episode of the show Shameless. I love a good insult, but I was honestly uncomfortable with kids around.

At times, folks appear to be hollering just because they think they should. The Brick Tamland, “I DON’T KNOW WHAT WE ARE YELLING ABOUT!” theory.

I’m here to help. As the self-proclaimed officiating apologist in Iowa, below are a couple rules that are commonly misunderstood and make some look like buffoons rather than educated contrarians.

Every few years, we all need a refresher course.

This is the most misunderstood phrase in all of basketball. Technically, there is no such rule as “Over the Back.” Somewhere along the line, this phrase got invented to simplify the “principle of verticality.” Rebounding is governed by the principle of verticality, which means every player is entitled to a spot on the floor. He can jump vertically within his established space and have his hands and arms extended within his vertical plane. He is allowed this opportunity without regard to where his opponent is positioned.

A foul occurs when a player leaves their vertical space and “displaces” another opponent. So, if someone has rebound position on Deonte Burton and Burton jumps over that opponent without displacing them, NO foul should be called. Just because a rebounder has inside position does not guarantee they are rewarded with a rebound or foul; they must be displaced or moved for a foul to be called.

I feel like a physics degree is needed to understand all that, but to make it easy, the next time you feel the urge to holler, “OVER THE BACK” switch it up to a more eloquent, “THAT’S DISPLACEMENT!”

The first cousins of  “Over the Back” are “All Ball” and “Straight Up.” A dissertation is needed to solve those riddles, but the same principle applies.

Sliding with the Ball and High Dribble

These two appear to be violations, but are not. If the ball is loose on the floor and Naz Mitrou-Long dives on it, he can slide on the floor ’till his heart desires. The violation occurs if Naz were to roll over or stand up. Sliding while diving on a ball is not a travel.

The high dribble always gets the seasoned veterans in the crowd up in arms. Anytime the ball is dribbled above jersey number height, the older folks go nuts, “Sonny, that’s a carry! What is with this Snapchat, newfangled dribbling and smart phones, Bob Cousy would never disgrace the game like that!”

If a hand is on top of the ball and the ball does not come to rest on said hand, a guy can dribble as high as he wants.

We all sit by a connoisseur of the “Three Second” rule. They think their lone responsibility at the game is to closely monitor any nefarious three second activity. They are the NSA of the basketball lane.

The rule is simple; no part of the body can be in the lane for three consecutive seconds. But it is not so cut and dried. What many people don’t know is the three second count resets any time a shot is attempted and gets largely ignored if a player with possession of the ball attempts a move toward the basket.

If Jonathan Motley plays volleyball with himself underneath the basket for 20 straight seconds, he is not in violation.

The officials are constantly barking at the big guys things like, “Hey number forty get out of the lane” and will give players the benefit of the doubt if an effort is being made to move their back-side. Three second violations rarely get called because of this.

To be declared to have control in the front-court, three elements have to all cross the half-court line: both feet of the controlling player AND the ball.

So if Monte Morris crosses the half-court line with both feet and the ball is still behind the half-court line, he can legally retreat into the back-court without violation. If Matt Thomas is straddling the half court line and dribbling in the front court, he also could step back into the back-court without penalty if one foot never crossed. It is “The Three Stooges” rule: Moe and Larry don’t commit a violation without Curly.

This came to my attention after the Baylor game.

Officiating is hard, but my 14 yr old daughter pointed out that this is illegal. Just get the simple things right @Big12Refs #Travel pic.twitter.com/TRSTvuYuY3

After a whistle, when out-of-bounds, you are only confined to a three-foot lateral box. You can move your feet as much as you want or move backward/forward within that imaginary box as long as you don’t move three feet to one side or the other. Lecomte could run in place like Fred Flinstone if he so desired. After a made basket, a player can also move laterally freely as well.

With these small nuggets of knowledge, Hilton Magic can gain an extra layer of sophistication. But If all else fails and you still feel jobbed by the officials, yet don’t know the correct rule interpretation, a boisterous BOOOO always gets the job done. Gotta hang onto the fastball. 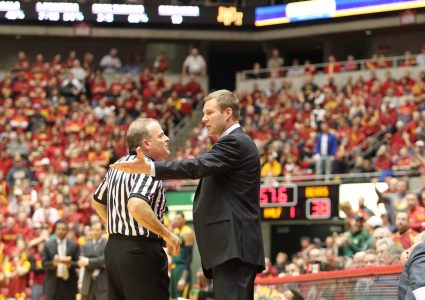 Blum: How to properly rip the refs