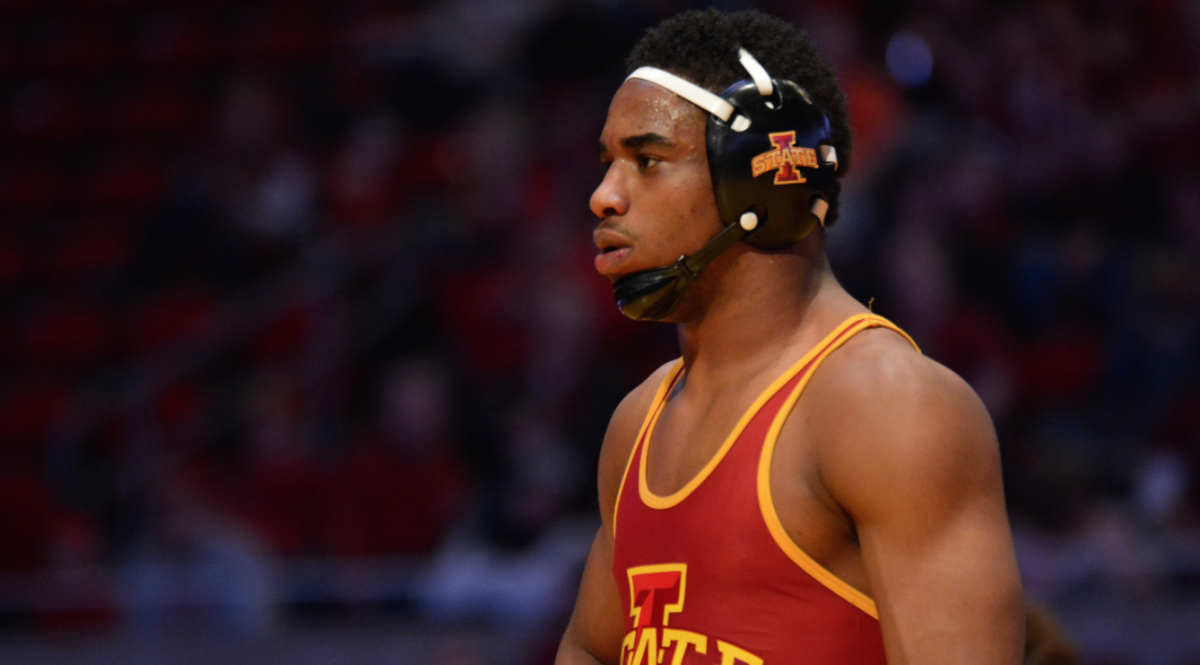 At 133 pounds, Boston opened up the dual with a major-decision victory over NDSU’s Albert Landeros, 15-5. The redshirt sophomore built a big lead in the first, scoring on three takedowns. He kept the pressure on, tacking on a takedown in the second and two in the third.

Meeks followed up Boston’s victory with a dominating performance of his own. He picked up three takedowns and a two-point near-fall in the first period. He cruised to an 11-4 victory over Joe Umlauf, padding his lead with an escape and a takedown.

NDSU scrapped back and won the next three matches, holding a 10-7 advantage at the intermission.

The second half of the dual began much like the first. The Cyclones picked up a pair of back-to-back emphatic victories.

Weatherspoon got the Cardinal and Gold back on the right track after the break. He jumped out to a quick lead over Carter Nielsen. The Jackson, Mich., native scored on four takedowns, an escape, a stall point and notched 1:16 in riding-time to take this match by 11-4 decision.

In the 184-pound match, Downey wasted no time in bringing the Bison’s Tyler McNutt’s shoulders to the mat. The fall marked the first on the season for both Downey and the Cyclones.

Match of the Night: 184-pounds

For the second straight dual, Patrick Downey III turned out a great performance for ISU. After asserting himself as a pinning machine last season, he made light work of Tyler McNutt locking in a first period fall.

Iowa State returns home next weekend to host the 2016 Harold Nichols Cyclone Open. The annual open tournament is set to take place on Sunday, Nov. 13, with wrestling beginning at 10 a.m.