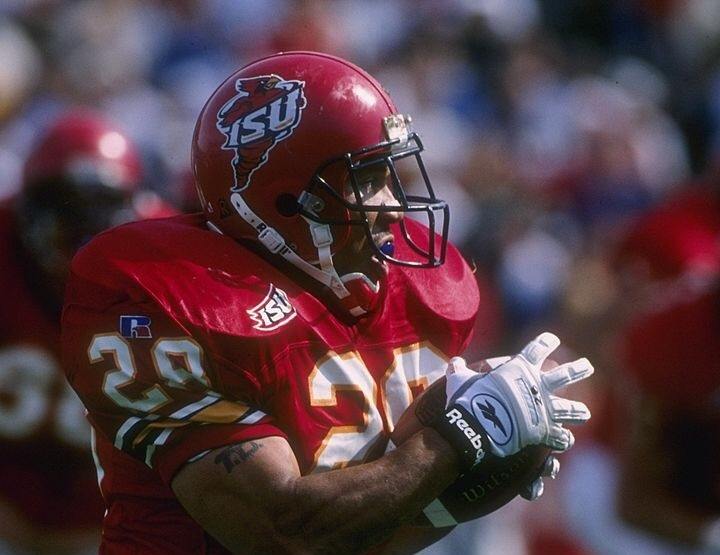 AMES, Iowa – Iowa State University will honor one of its all-time greats at the Baylor game on Oct. 1, as Troy Davis will return to Jack Trice Stadium, a place where he broke NCAA records and established himself as one of the greatest running backs in college football history.

Davis will be inducted into the College Football Hall of Fame in December at the Waldorf Astoria in New York City. The National Football Foundation (NFF) each year sponsors On-Campus Salutes for inductees to highlight their achievements in front of their home football crowd.

Representatives from the NFF and its sponsor, Fidelity Investments, will present Davis with a framed Hall of Fame plaque to the school for permanent display.

It will definitely be a moment Cyclones fans will not want to miss.

“I am extremely honored and humbled to be inducted into the College Football Hall of Fame,” Davis said after the announcement. “This is a true blessing and I want to thank everybody in Ames, Iowa who kept pushing me.”

Davis’ accomplishments at Iowa State are well-documented. The hard-nosed, stocky running back shattered virtually every school rushing record in his three-year tenure with the Cyclones (1994-96), earning the distinction as ISU’s only two-time first-team consensus All-American and the school’s only player to be invited to the Heisman Trophy ceremony twice. He finished second to Danny Weurffel (Florida) in the 1996 Heisman Trophy race.

Much of Davis’ success belongs to former Iowa State head coach Dan McCarney. McCarney was hired as the Cyclone mentor prior to Davis’ sophomore campaign. It didn’t take McCarney very long to figure out he had a thoroughbred ready to bust out.

“Troy rushed for 2,000 yards in back-to-back seasons and still nobody else has done it,” McCarney said. “All these years have passed and nobody has done it two years in a row. That’s pretty amazing. I was a part of the Iowa State family for a number of years and I was so lucky to be able to witness Troy do what he did.”

In Davis’ historic 1996 season, he rushed for over 130 yards in all 11 games, including a school-record 378 yards vs. Missouri, the third-best rushing effort in NCAA history at the time. His 2,185 yards rushing as a junior is the third-best season total in NCAA history in an 11-game schedule (Barry Sanders, Oklahoma State, 2,628; Marcus Allen, USC, 2,342).

Davis chose to forgo his senior season and was selected in the second round of the 1997 NFL Draft by the New Orleans Saints. He played three seasons with the Saints before switching to the Canadian Football League (CFL). He emerged as one of the top backs in the CFL, racking up five-straight 1,000-yard seasons in the pass-happy league.

Davis is the second Cyclone player inducted into the College Football Hall of Fame, joining All-American guard Ed Bock (1936-38), who was enshrined in 1970. Former Cyclone coaches Pop Warner and Earle Bruce have also been inducted.

The chance to have Davis back in Ames excites first-year Cyclone head football coach Matt Campbell.

“This a monumental honor for Troy, Iowa State football and for the tradition of this program,” Campbell said. “He defines what it means to play at this university. Troy has reached the pinnacle of college football and it says a lot about him. Our players are familiar with his outstanding achievements and we can’t wait for him to meet our team so they can hear stories on what it takes to be elite.” 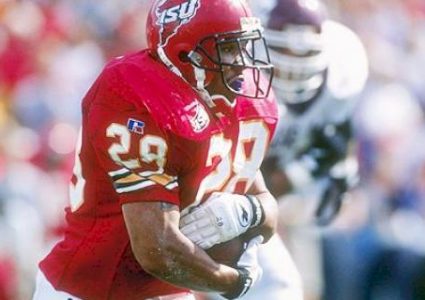