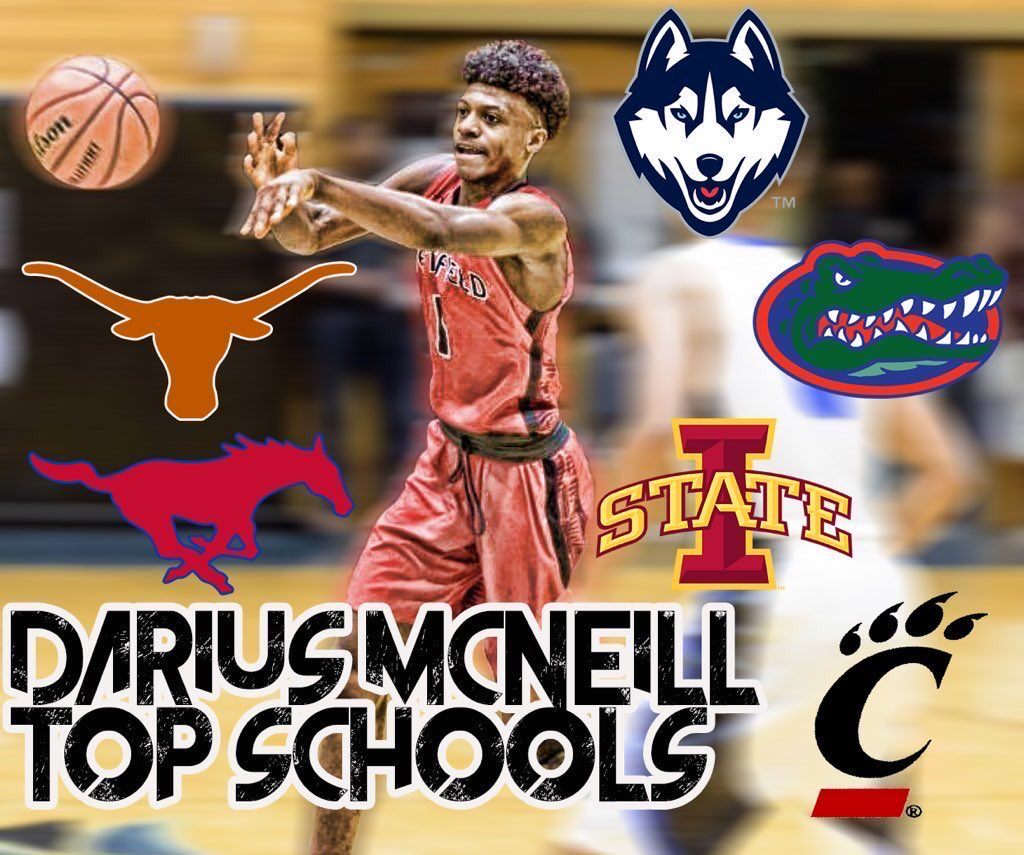 Steve Prohm and his staff are officially three-for-three when it comes to getting commitments from visiting 2017 prospects. Three-star Texas guard Darius McNeill has announced his commitment to Iowa State after a weekend visit to Ames.

“[The visit] went great,” McNeill told Cyclone Fanatic in a text on Sunday. “The players [were] cool to be around and play with while I was there, as well as the fans. Everybody was friendly.”

McNeill also held offers from Cincinnati, SMU, Texas Tech and a handful of others. He had included Texas, UConn and Florida in his top five, but didn’t receive a scholarship offer from any of the three.

Daniyal Robinson was his lead recruiter.

The left-handed guard brings a good handle with a smooth shot from all over the floor. He is an explosive athlete that saw his list of college choices grow quickly during the summer months.

He has a very fast first step that allows him to accelerate away from defenders quickly and easily.

The addition of McNeill puts the Cyclones in line to move into the top 20 of 247‘s class rankings. They will likely jump over TCU, Clemson and North Carolina to No. 17 when the rankings are updated.

Four-star, Oak Hill Academy, point guard Lindell Wiggington will likely become the focus now as the coaches continue to put together their class. The No. 12 floor general in the country, according to 247 Composite, will visit Oregon this weekend before visiting Ames on Sept. 24.

Stay tuned to Cyclone Fanatic for more on McNeill’s commitment.