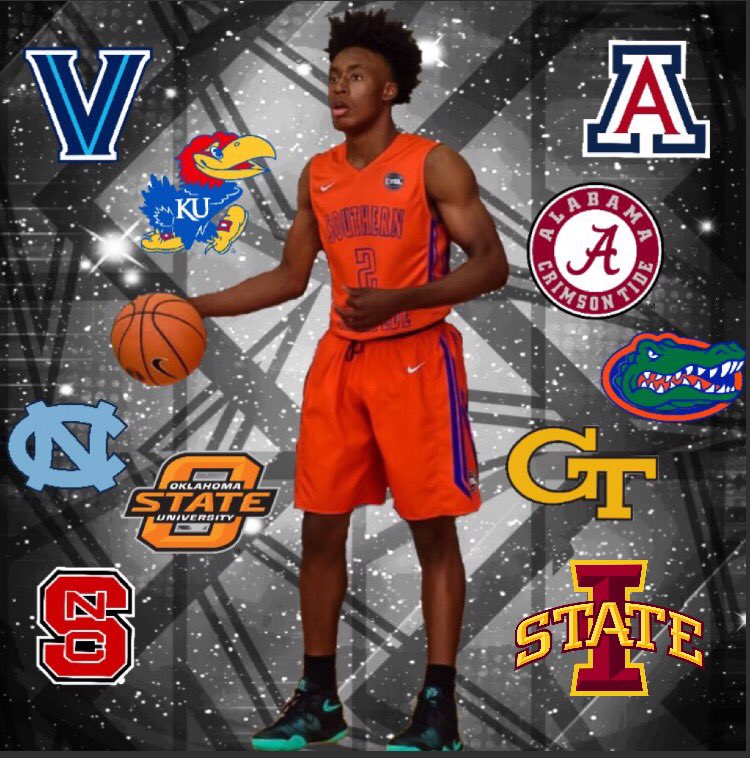 Iowa State keeps on fighting in the battle for blue-chip point guard Collin Sexton. The 6-foot-2-inch, 175 pound, floor general announced his top 10 schools earlier this week, and the Cyclones made the cut.

Sexton, rated as the No. 2 point guard in the 2017 class by 247 and the No. 17 prospect overall, also included Villanova, Kansas, Arizona, North Carolina, Alabama, Florida, Oklahoma State, North Carolina State and Georgia Tech in his top 10.

Sexton has quite the recruiting story as he started 2016 unranked by almost every major recruiting service. In the months since, he’s seen his interest blow up and his ratings have grown with it.

He was named the MVP of the USA U17 team that won the world championship in Spain earlier this summer when he averaged 17.2 points, 4.8 rebounds and 3.4 assists off the bench.

Widely regarded as the best scorer in the class, Sexton has turned himself into a McDonald’s All-American candidate despite being completely under the radar a year ago.