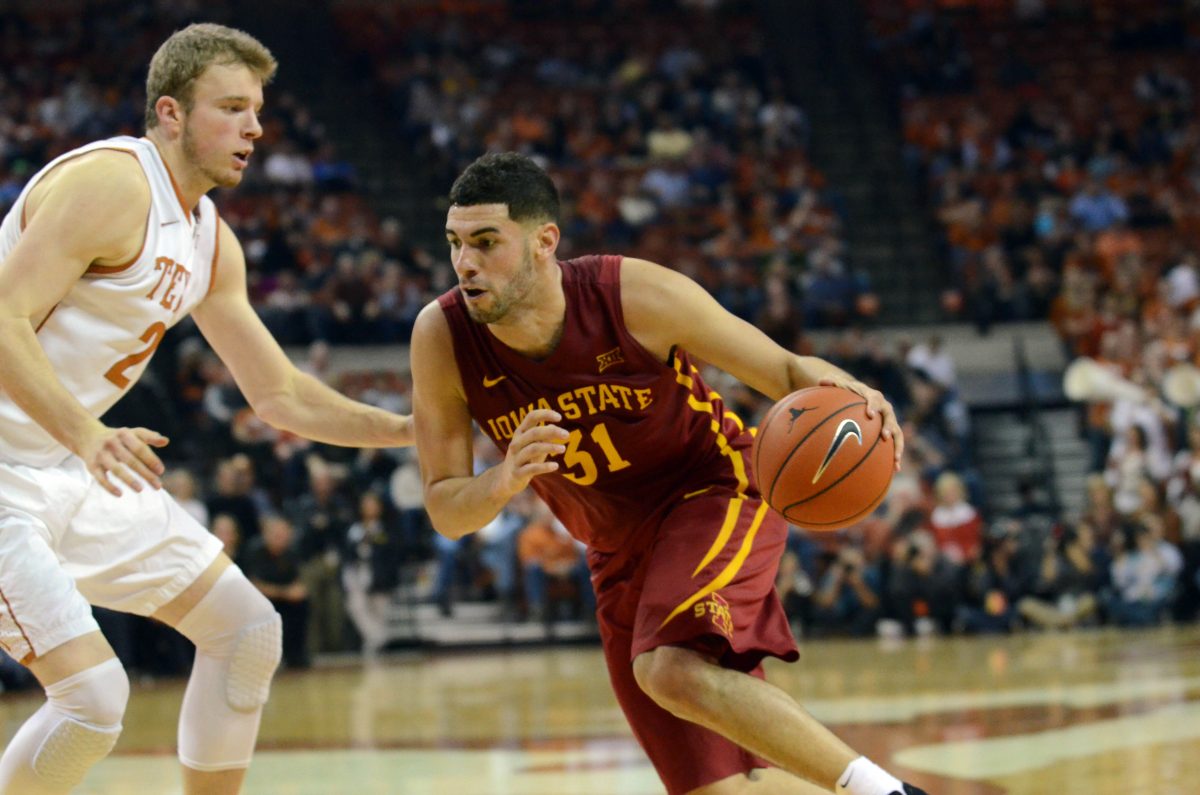 Not particularly clean, but he had a chance to give Iowa State five more minutes of basketball on a dreadful night at Texas. But his last second 3-point shot missed. Niang looked up briefly, then strolled to the bench.

Tuesday’s final score: The struggling Longhorns 94, the suddenly reeling No. 17 Cyclones 91, in overtime.

"We got it in his hands with a chance," ISU coach Steve Prohm said on the Cyclone Radio Network postgame show.

It was a stunner made possible by otherworldly 13 of 31 3-point shooting by Texas.

That’s a recurring and nightmarish theme as ISU dropped to 12-4 overall and 1-3 in Big 12 play despite shooting 54 percent from the floor and outrebounding the Longhorns, 39-33.

Still, no panic, Niang said after the game.

"We’re learning," said Niang, who scored a game-high 27 points. "Slowly but surely, we’re going to make it happen. … I feel like we’re just two points away or two stops away from really turning this in the other direction."

The Longhorns improved to 10-6 and 2-2 — and ended a four-game skid against the Cyclones, who again begin another earnest search for answers to its ailing defense.

"We’ve got to stay positive," point guard Monté Morris said. "This is a great league."

Niang donned his All-American cape late in regulation, scoring eight of the Cyclones final 10 points as they erased a 13-point deficit. But Texas went up two possessions in overtime and ISU couldn’t catch up while missing six of its final eight shots.

"We had to fight back all night," said Morris, who scored 17 points while dishing out seven assists. "Just fatigue on our bodies and we weren’t able to finish."

Abdel Nader added 10 points and 16 rebounds for ISU, which is tied for last place in the league standings.

"Our guys continue to respond," Prohm said. "We just didn’t get it done."

The Longhorns were recovering from an atrocious 3-for-17 3-point shooting performance in last weekend’s loss at TCU, but ISU gave them room to spot up, which they did, early and often.

Typically — and inexplicably — they fell. When they didn’t, the Longhorns hoarded offensive rebounds — with three of them setting up Kendal Yancy’s 3-ball with 3:45 left that ignited a 13-2 run.

ISU had just taken a 36-33 on Jameel McKay’s fifth dunk, but momentum shifted Texas’s way immediately, beginning with the trio of boards and Yancy’s shot.

It was a microcosm of the first half.

Texas — which entered Tuesday tied for 182nd-nationally in 3-point shooting at 34.2 percent went a torrid 9-for-18 from deep in the first 20 minutes while building a 49-38 lead.

It was a team effort.

Tevin Mack hit three from long range before the break, but six other Longhorns — including star point guard Isaiah Taylor, who had a game-high 14 first-half points — sank one apiece.

McKay led the Cyclones with 10 points before halftime, Niang chipped in eight and Deonte Burton contributed seven off the bench. ISU also shot well early from 3-point range, converting five of its first 10.

So at halftime, the Cyclones regrouped.

ISU chipped slightly into the lead, trailing 51-44, but Connor Lammert hit an uncontested 3-pointer off a pick-and-roll to extend the ‘Horns lead back to 10.

It got worse: Niang picked up his third foul on Mack as he was attempting a 3 with 16:10 left.

Niang went to the bench, Mack hit two free throws and Eric Davis Jr. dropped in Texas’s 11th 3-pointer to give his team its biggest lead at 59-46 with 15:35 left.

Cue crisis mode, but ISU would never mount a serious run — even though Niang sat for just a couple of minutes.

Texas remained fully in control until an 11-2 Cyclone run capped by Abdel Nader’s basket made the score 75-73 with 6:07 left.

The Longhorns then went back up six on back-to-back 3-pointers by Isaiah Taylor and Conner Lammert, but a 6-0 run from Niang and Morris tied the score and eventually the game went to overtime.

That’s where Texas again asserted itself, going in front 93-89 on a Taylor step-through basket. McKay answered with another dunk, but his team would not get closer — even though that last-gasp shot at the end remained.

The Cyclones try to stop their slide Saturday at Kansas State, which knocked off Texas Tech for its first conference win earlier Tuesday.

"That would be a great place to really get things rolling," Niang said. 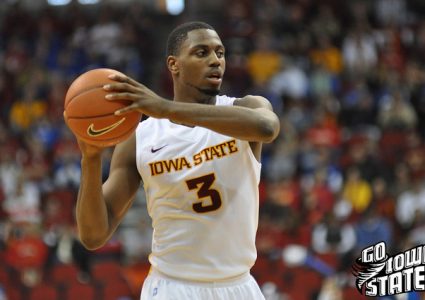