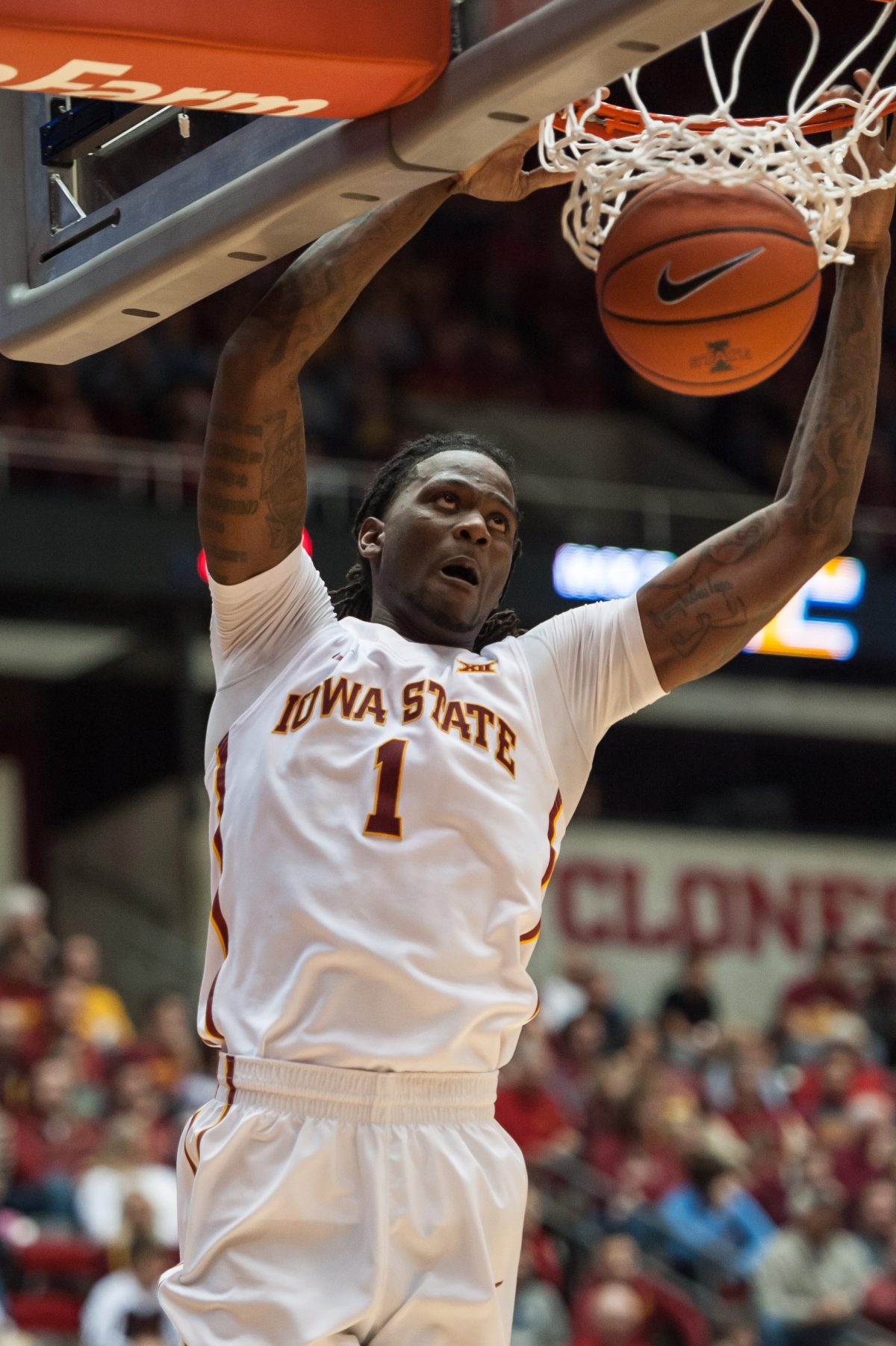 He soared. He dunked. He even beat his man with a deft cross-over move.

Forgive him the one chronically iffy stat as the fourth-ranked Cyclones rolled.

The 6-9 senior pulsated with energy all night in the Emerald Coast Classic matchup at Niceville, Fla., finishing with 23 points, eight rebounds, three blocks, and, yes, just 4-for-8 shooting from the line.

One blemish. Otherwise, all flash against Hokies mentor Buzz Williams, who coached McKay briefly at Marquette before the talented big decided to transfer to ISU.

“My only motivation was just to win today and go out and give my maximum effort,” McKay said after the game on the CBS Sports Network. “My teammates did a great job of finding me early. They knew how much the game meant to me emotionally.”

How about the next one? Illinois or UAB, which bounced the Cyclones on the first day of the 2015 NCAA Tournament?

“I just want to win tomorrow,” he said on the Cyclone Radio Network. “Whoever we play, I plan on winning.”

Stands too reason. ISU led by as many as 32 points while improving to 4-0 against the tall, athletic, but raw Hokies (3-2), who pulled within 16 points of the lead at one point in the second half, but could get no closer.

Lulls happen. And torrid shooting cures all minor ills.  ISU shot 58 percent overall and drilled 13 of its 21 3-point attempts (62 percent). The Cyclones were even hotter in the first half, hitting 69 percent of their field goals (20 of 29) while taking a 52-30 lead.

“They can really shoot,” ISU coach Steve Prohm said on the CBS Sports Network. “I’ve been around some good teams but this team can really shoot. Fred (Hoiberg) did an amazing job just understanding spacing, how to move the ball, so a good coach will just let them play. … They really know how to make the extra pass.”

Six Cyclones scored in double figures, including Hallice Cooke, who came off the bench to lead the team from long range by sinking 3 of 4 deep shots.

“I just want to let the whole Cyclone nation know Hallice Cooke is going to be a special player,” said starting guard Naz Mitrou-Long, who contributed 12 points and swished a pair of 3s.

“It was just great chemistry, “ Mitrou-Long said. “Again, it’s our DNA. Any given night anyone can be the one (to be) the leading scorer.”

That’s been McKay in two of ISU’s first four wins. He scored a career-high 25 in a 106-64 cruise past Chicago State in win No. 2 and now it’s on to the next — whether it be Illinois or UAB.

“It was a beautiful win,” Mitrou-Long added.