AMES — Iowa State head coach Paul Rhoads was in an upbeat mood again after practice on Tuesday. Rhoads and the Cyclones will head to Norman, Okla. this week to take on the No. 14 Oklahoma Sooners. Hear Rhoads’ thoughts on Quenton Bundrage, Joel Lanning and defensive coordinator Wally Burnham in this CFTV production. 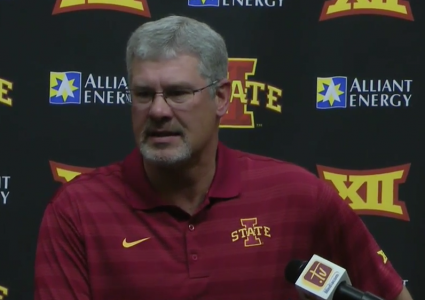 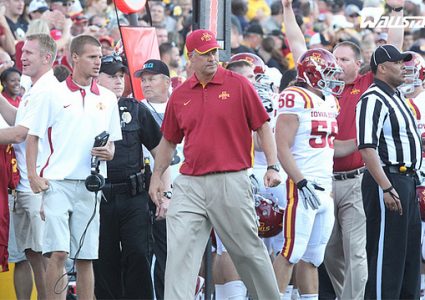 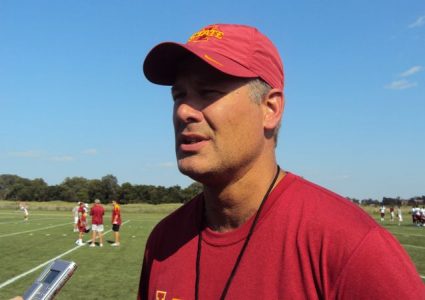